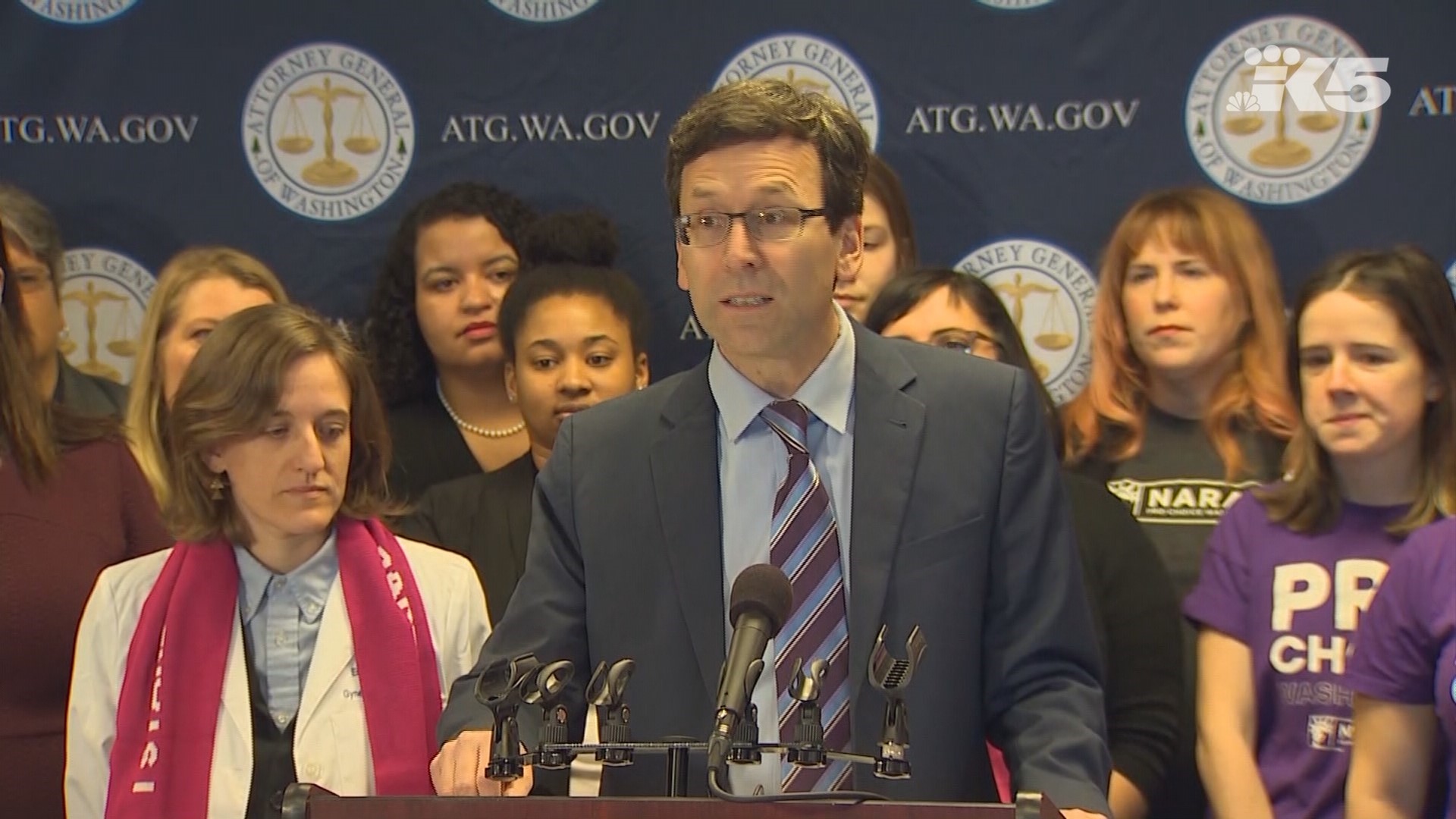 Washington state says it will sue to challenge President Donald Trump's policy setting up new obstacles for women seeking abortions, days after the administration adopted it.

The final rule released Friday by the Health and Human Services Department also would prohibit federally funded family planning clinics from being housed in the same locations as abortion providers, and require stricter financial separation.

Clinic staff would still be permitted to discuss abortion with clients, along with other options. However, that would no longer be required.

The AG's office said 91,284 patients in Washington received healthcare through Title X in 2017. More than half of these patients were at or below the federal poverty line.

The American Medical Association has warned that the policy could have an impact beyond abortion.

The association says the policy could affect access to health care services provided to low-income women by the clinics, including birth control, cancer screenings, and testing and treatment for sexually transmitted diseases.