There have been 75 incidents this year of people throwing rocks or debris onto state highways, with six people injured in the last 2 1/2 weeks, according to WSP. 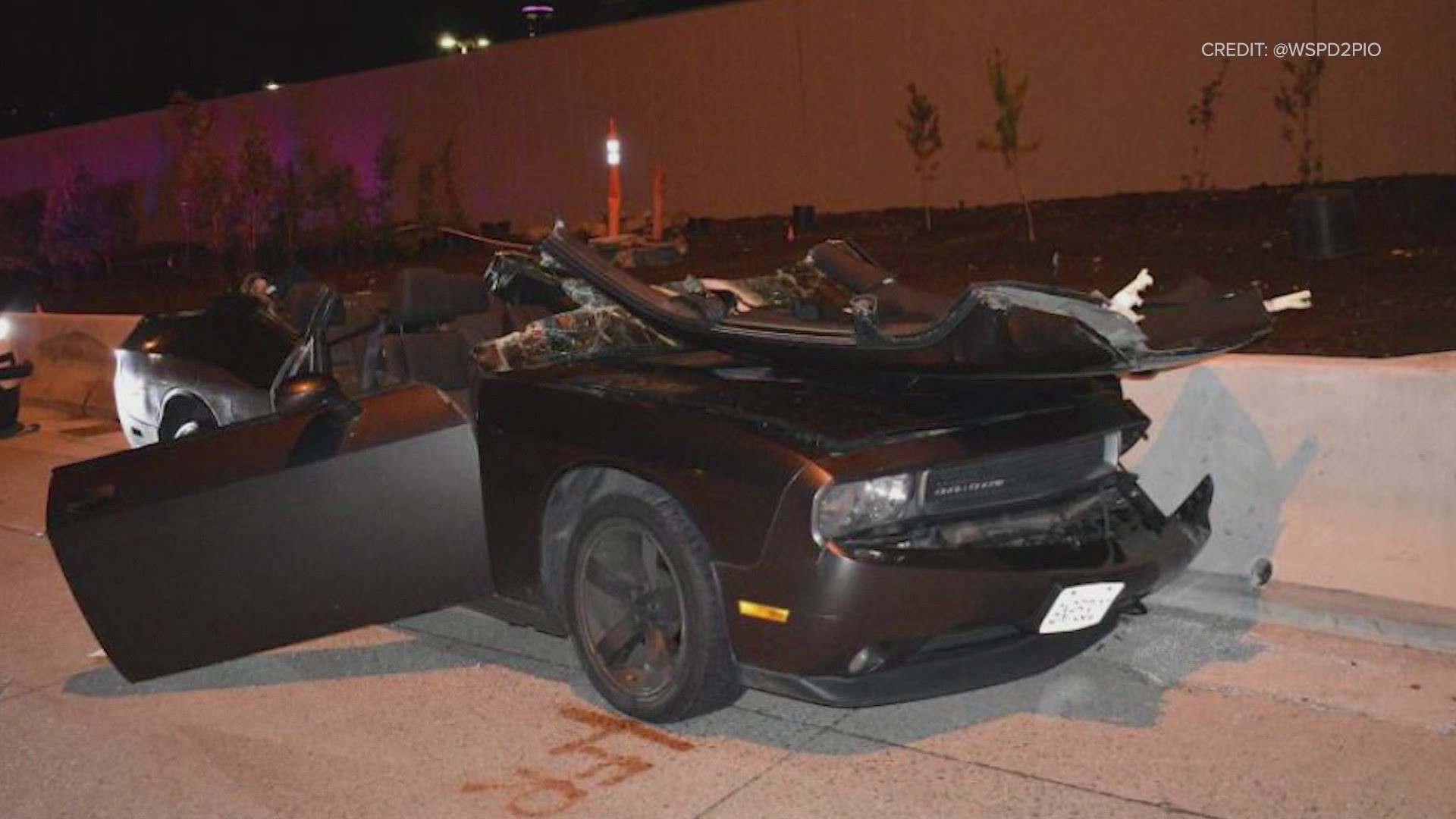 SEATTLE — The Washington State Patrol (WSP) is asking for the public's help to catch those responsible for throwing rocks and other objects onto busy interstates, causing damage to vehicles and injuring motorists.

There have been 75 incidents this year, with six people injured in the last 2 1/2 weeks, according to WSP.

"Throwing rocks and debris at moving vehicles is not just against the law, it can be deadly dangerous," said WSP Chief John Batiste in a statement Friday. "We are asking for the public’s help. Somebody out there knows something that can help us stop this before we suffer a loss. Please call 911 if you have any information about who is doing this. Highway safety is everybody’s responsibility. Working together, we can keep our Washington highways safe."

A driver was hospitalized Monday night after someone threw a rock onto his car as he was driving on Interstate 90, causing him to crash his vehicle. The suspect in that case still hasn't been caught.

WSP said anyone traveling in the downtown Seattle area should call 911 immediately if they see any pedestrian on the interstate, whether they are throwing rocks or not. Citizens should be prepared to give 911 dispatchers a description, location and action that is occurring as accurately as possible.

"This is a high priority occurrence and efforts will continue until we locate and arrest those that are responsible," WSP said in a press release Friday.

WSP said charges for this type of crime can range from a misdemeanor to a felony.