The crash happened near Berkeley Street SW in Lakewood around 2:30 a.m. Both troopers were transported to the hospital with non-life-threatening injuries. 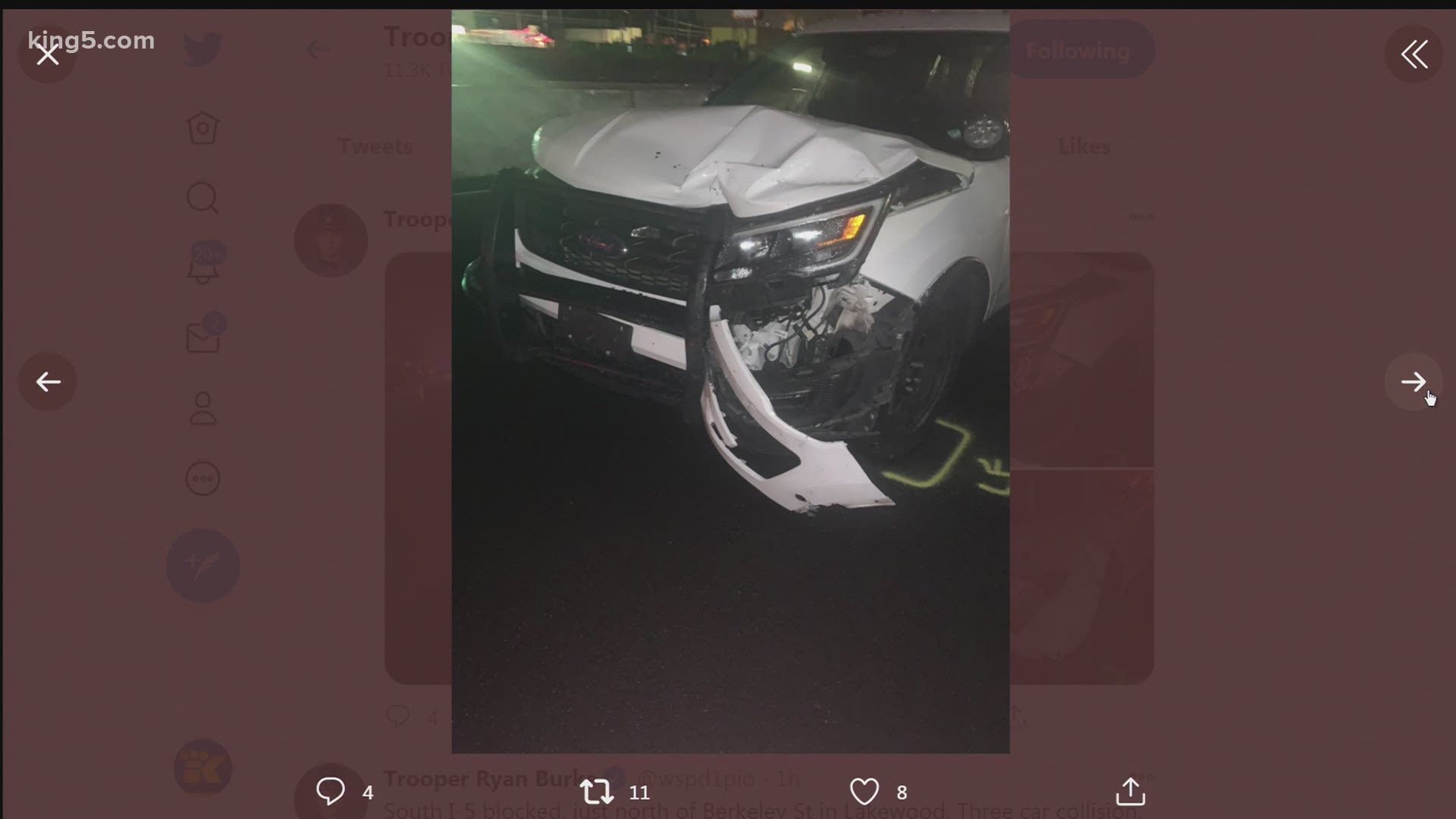 The crash happened around 2:30 a.m. near Berkeley Street SW and closed all southbound lanes for several hours. The Washington State Department of Transportation said the crash caused a several mile backup during the morning commute.

According to WSP Trooper Ryan Burke, a driver fell asleep and hit a barrier. As one WSP trooper responded and made contact with the driver, another WSP trooper arrived and struck the other trooper’s vehicle. Burke said this caused a chain reaction, and the civilian driver’s vehicle was hit by the first trooper’s car.

Both WSP troopers were transported to the hospital with non-life-threatening injuries. Burke said the civilian driver who fell asleep behind the wheel was not injured.