The Washington State Patrol says a trooper was shot at on I-405 in Tukwila Sunday while trying to stop a vehicle. The suspects are still on the loose. 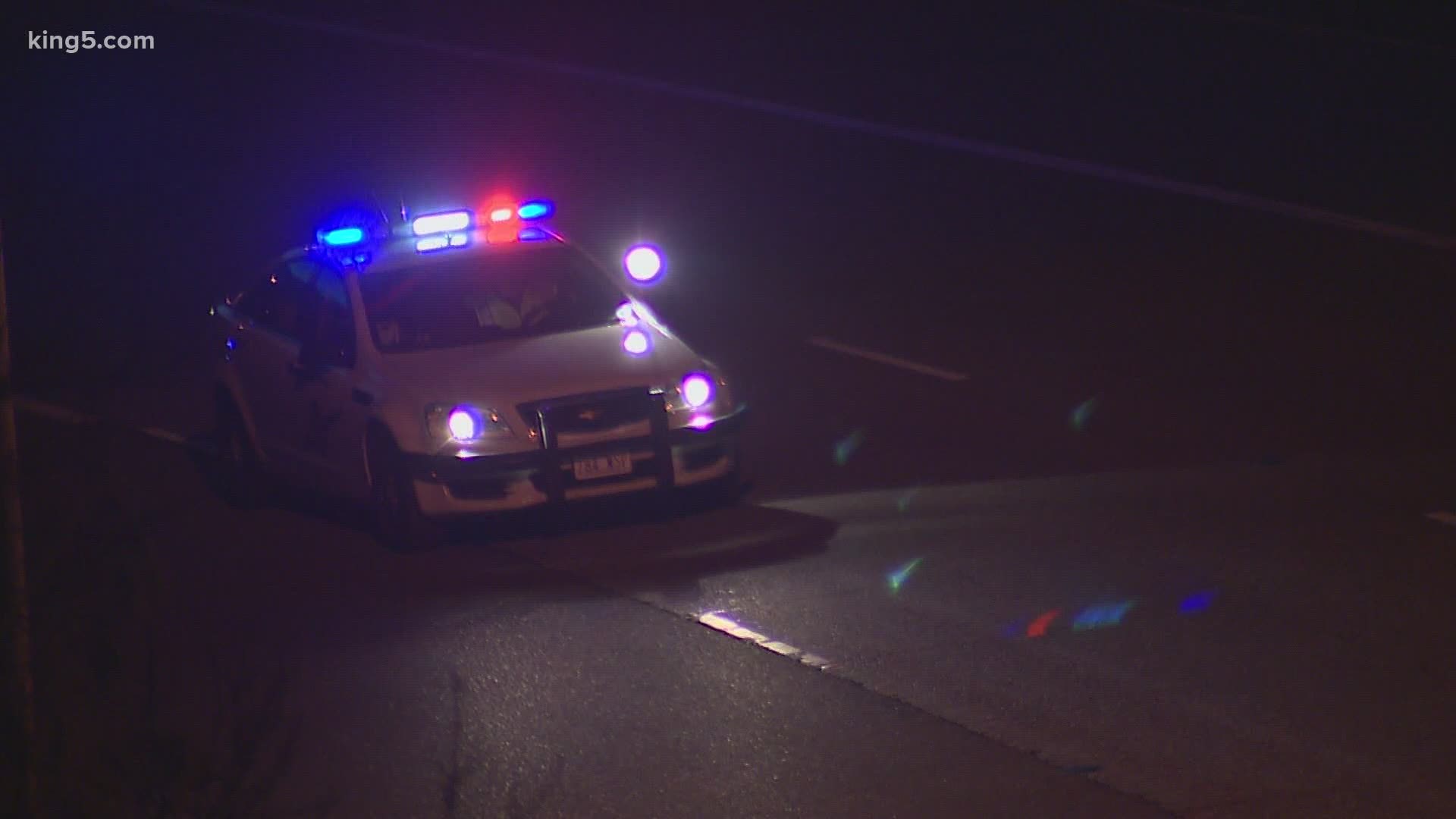 TUKWILA, Wash. — A Washington State Patrol (WSP) trooper was shot at Sunday evening while trying to stop a vehicle for speeding on I-405 in Tukwila, and the suspects involved have not been found, officials said.

WSP Trooper Rick Johnson tweeted shortly after 5 p.m. that a trooper had been shot at. The trooper was not hit, Johnson said.

"It was a very high tense and stressful situation for him and honestly, we're just glad that he's okay and obviously all the motorists that were in that area are okay," said Trooper Chase Van Cleave Sunday. "And we're dedicating all of our resources to identifying and locating suspects because it's not safe, it's not acceptable, and it's not something that we're gonna let go."

The incident happened when the trooper tried to stop a vehicle traveling on northbound I-405 in the area of SR 181 in Tukwila. The vehicle took the SR 169 exit in Renton and was found in Kent just before 6 p.m., Johnson said.

There were three people in the suspect vehicle, and so far none of them have been found. WSP is working with Kent police to search for the people involved.

The incident impacted traffic in that area. Both directions of I-5 to northbound I-405 were closed for a few hours while troopers searched for evidence. The lanes have since reopened, the Washington State Department of Transportation (WSDOT) said.

#Braaking. @wastatepatrol trooper was shot at trying to stop a vehicle NB 405 in the area of SR 181 in #Tukwila. Trooper was not struck. Vehicle lost taking SR 169 exit in #Renton. Trooper VanCleave on his way. More info to come.

Both directions of I-5 to NB I-405 are now closed due to this incident.