Trooper Justin Schaffer, 28, was deploying spike strips along I-5 when he was struck by the suspect’s vehicle, according to WSP Chief John Batiste. 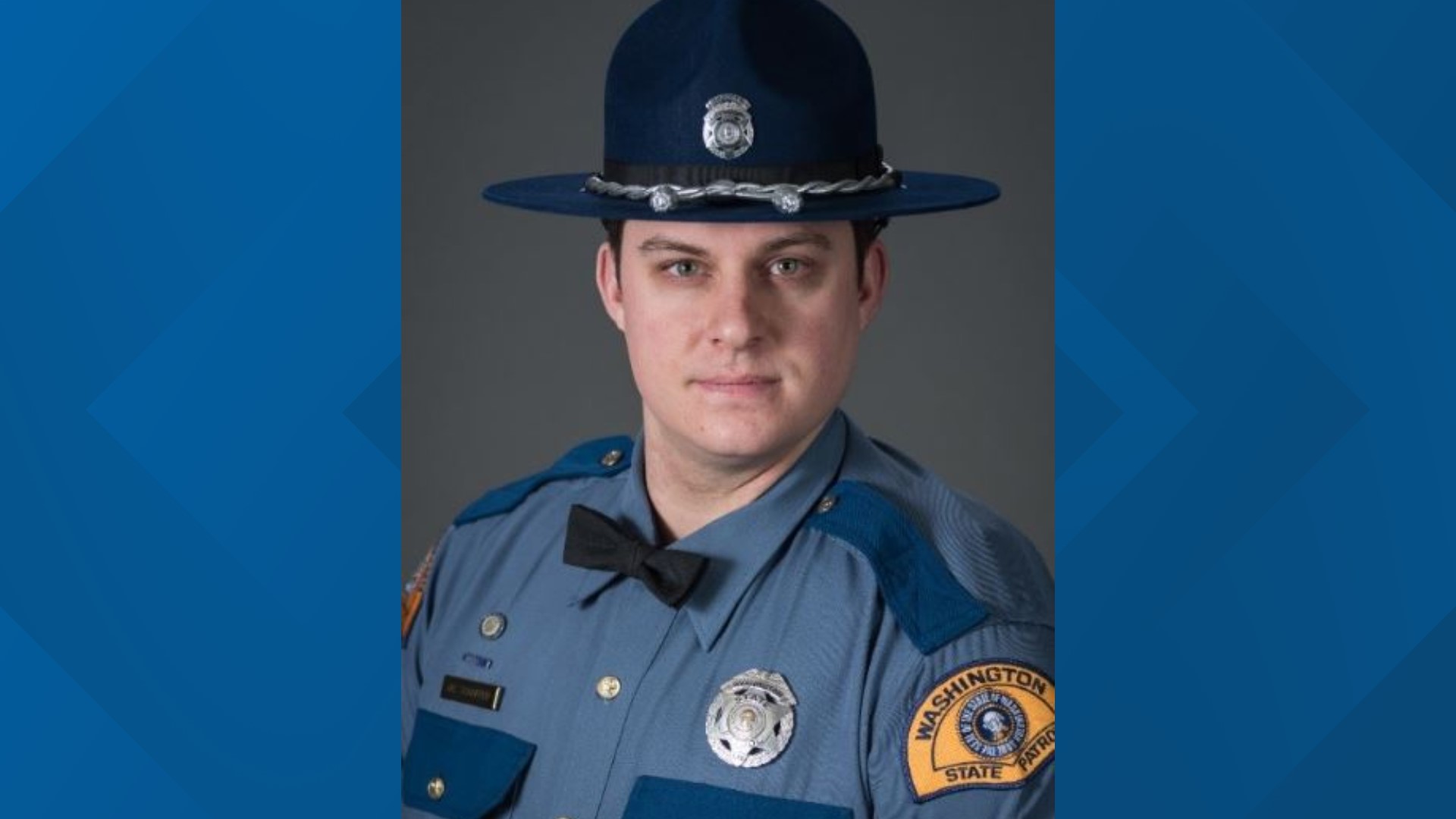 A Washington State Patrol trooper died Tuesday evening after being hit by a man fleeing law enforcement along Interstate 5 during rush hour.

It happened along southbound I-5 at milepost 79 near Chehalis.

Trooper Justin Schaffer, 28, was deploying spike strips along I-5 when he was struck by the suspect’s vehicle, according to WSP Chief John Batiste.

Schaffer was taken to the hospital but died from his injuries. He was a K9 officer and his police dog was securely in his squad car and was not injured, Batiste said.

WSP and deputies from Thurston and Lewis counties continued pursuing the suspect. The suspect exited the freeway after another three miles and collided with a light pole, according to Lewis County Sheriff Snaza.

The suspect was taken into custody without incident.

He has been identified as William Thompson, 38, of Olympia. He is wanted for crimes out of Thurston County and others, Sheriff Snaza said. He will likely face a vehicular homicide charge for Tuesday’s incident.

Trooper Schaffer has been with WSP for the last seven years and is the son of Chehalis Police Chief Glenn Schaffer. Trooper Schaffer is survived by his wife, mother, and father.

“Our heart desperately goes out to his family,” said Chief Batiste during a news conference Tuesday night.

"Trudi and I send our deepest condolences to the friends, family and colleagues of Justin Schaffer who died in the line of duty today. The Schaffer family, including Justin's father Glenn who is the police chief in Chehalis, has made tremendous sacrifices for our state. I am grateful for the difficult and crucial work that law enforcement does every day to protect us and keep our communities safe. Justin was a young man who served and protected our state with honor for the past seven years. I know all Washingtonians join us in mourning this tragic loss." 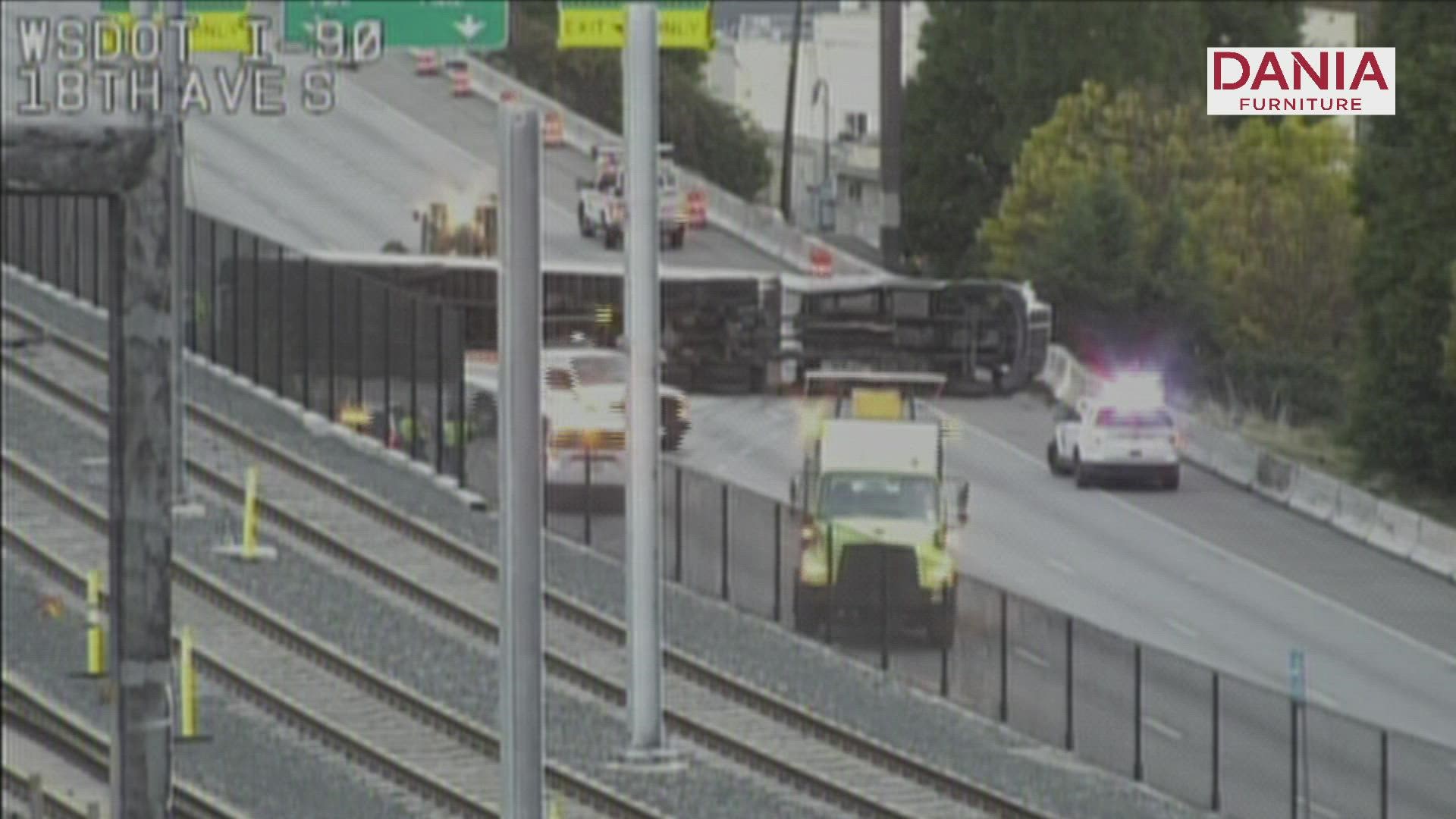 BREAKING: Semi truck rollover blocking all lanes on I-90 W near Seattle