It's the sixth laser incident involving Washington State Patrol aircraft in a month, the agency said. 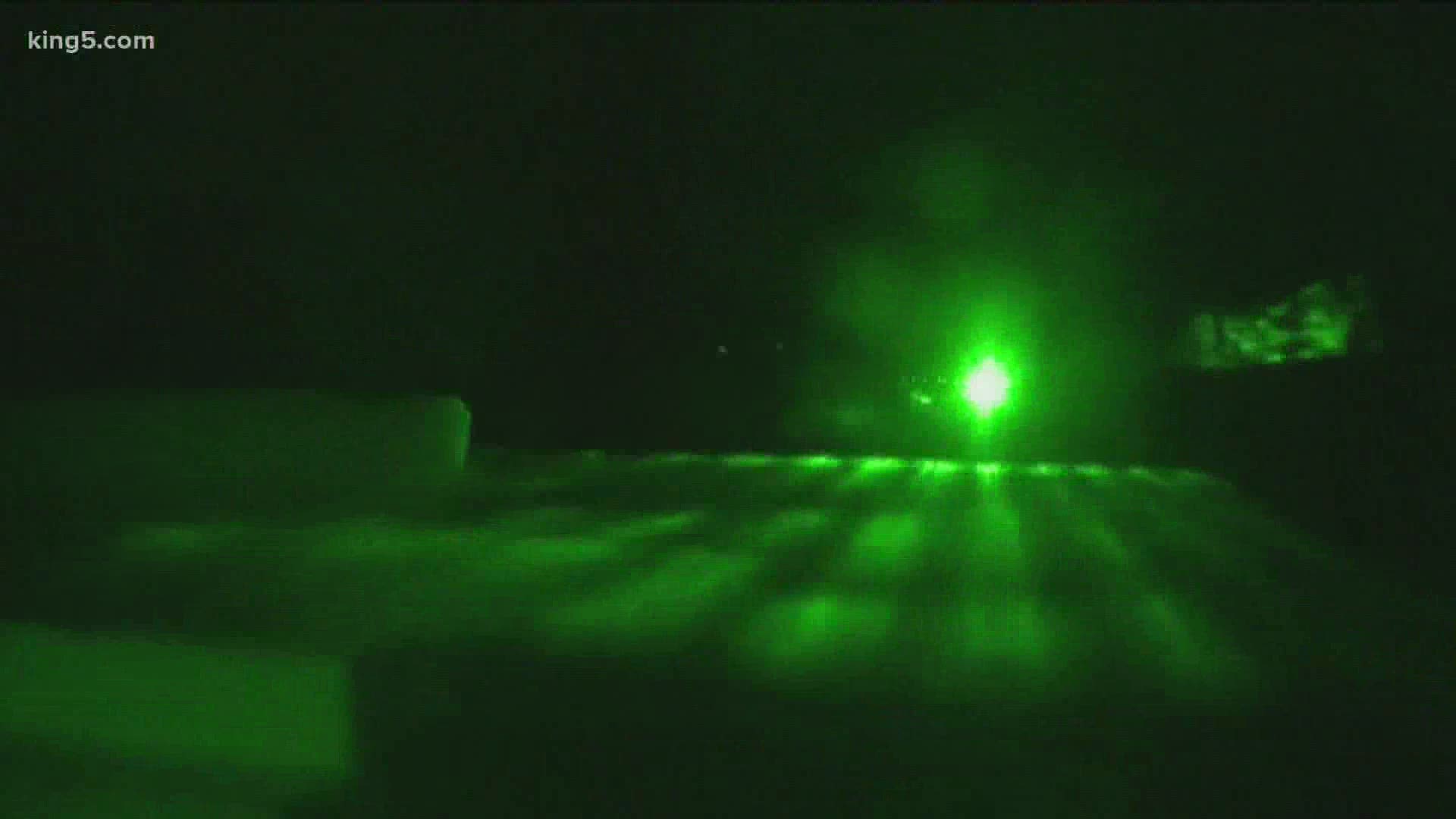 TUMWATER, Wash. — A person is in jail after a Washington State Patrol (WSP) aircraft was hit with a laser light Thursday night over Tumwater.

The aircraft was assisting in locating an elderly man who had wandered away from caregivers when it happened. That man was found Friday morning, according to Tumwater police.

But it's just the latest incident of a dangerous practice that can have serious consequences.

Lasers can blind a pilot temporarily, making them unable to see their instruments, and even lead to permanent eye damage.

Disrupting a pilot is considered a serious threat to air safety. It’s a felony in Washington and violators can also be fined $11,000 per incident by the Federal Aviation Administration (FAA).

WSP spokesperson Trooper Darren Wright said this is the sixth incident in a month involving the patrol's aircraft. Like Thursday night, most of the incidents involving WSP aircraft have resulted in an arrest.

Planes landing at Sea-Tac International Airport have also been hit with lasers while on final approach over the years.

In 2006, the year the FAA started keeping track, there were 384 laser incidents.