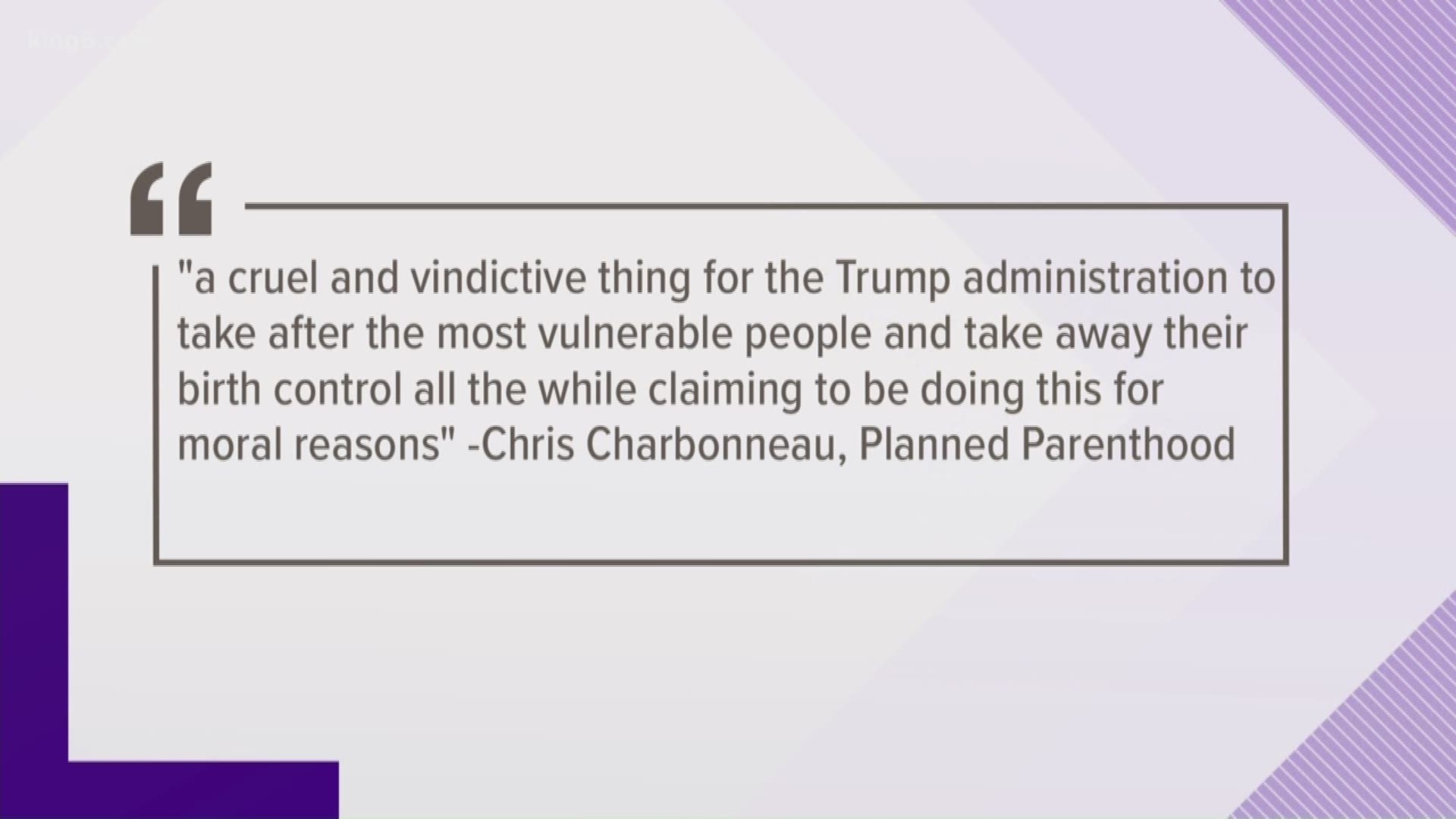 The Washington State Department of Health has joined other organizations in withdrawing from Title X funding after a new Trump administration rule went into effect preventing clinics from providing abortion referrals to patients.

While Planned Parenthood made headlines Monday for leaving Title X, it turns out Washington state already had plans to do the same.

In a letter to the Operation of Population Affairs, dated July 30, the Washington DOH said that it will no longer use federal funds to reimburse the 85 Washington health clinics that benefit from Title X.

The letter said the DOH believes the Trump administration's new rule is illegal because it violates Washington's Reproductive Privacy Act, "by discriminating against women's exercise of their fundamental rights."

The letter went on to state that the rule would prevent providers "from caring for their patients according to their medical training, judgment, and professional and ethical obligations."

Washington Attorney General Bob Ferguson filed a lawsuit in the 9th Circuit Court of Appeals earlier this year to block President Donald Trump's new rule from taking effect. There was an injunction blocking the rules from starting, but the court stayed that injunction. Arguments in that case are expected to resume in September.

Title X has been in effect since 1970 and gives low-income women access to birth control, STI testing, and pregnancy tests and counseling.

In Washington state, the federal government gives $4 million to the Department of Health, which distributes that money to the 85 subgrantees, or clinics, who benefit from it.

In total, that federal money makes up 30% of family planning funds, Washington state makes up the rest. The DOH said 93,120 low-income women benefit from the program.

At the end of the letter, the DOH stated that it hopes the changes are "short-lived" and that its participation in Title X will resume.

Chris Charbonneau is the CEO of Planned Parenthood of the Great Northwest and the Hawaiian Islands, which is a subgrantee of Title X funds.

She said that under the new rule, providers can't mention abortion as an option in pregnancy counseling.

The most that providers would be allowed to do is give the patient a list of other clinics, and not point out which ones offer abortions, said Charbonneau. The patient would be left to call each one and find out for themselves which offer abortion services.

"It's absolutely appalling to do what the rules require," Charbonneau said.

She agrees with the department's decision to opt-out of funding.

"It is a cruel and vindictive thing for the Trump administration to take after the most vulnerable people and take away their birth control, all while claiming to be doing this for some moral reasons," she said.

Charbonneau said that most who benefit from the program make less than $20,000 a year.

She said that they're getting by with only state funding right now, but that won't be sustainable. Her organization is working with the DOH on solutions.

There will be a joint press conference on Thursday at 11:00 a.m. at the Planned Parenthood Madison Health Center in Capitol Hill. Charbonneau will be there as well as elected officials. The focus will be on Title X and its impacts on Washington.

"We're all trying to work together to make sure this isn't a disaster for Washington," said Charbonneau.