Fire Marshal Charles LeBlanc said he's received a medical exemption but the state will not make an accommodation for him to stay. 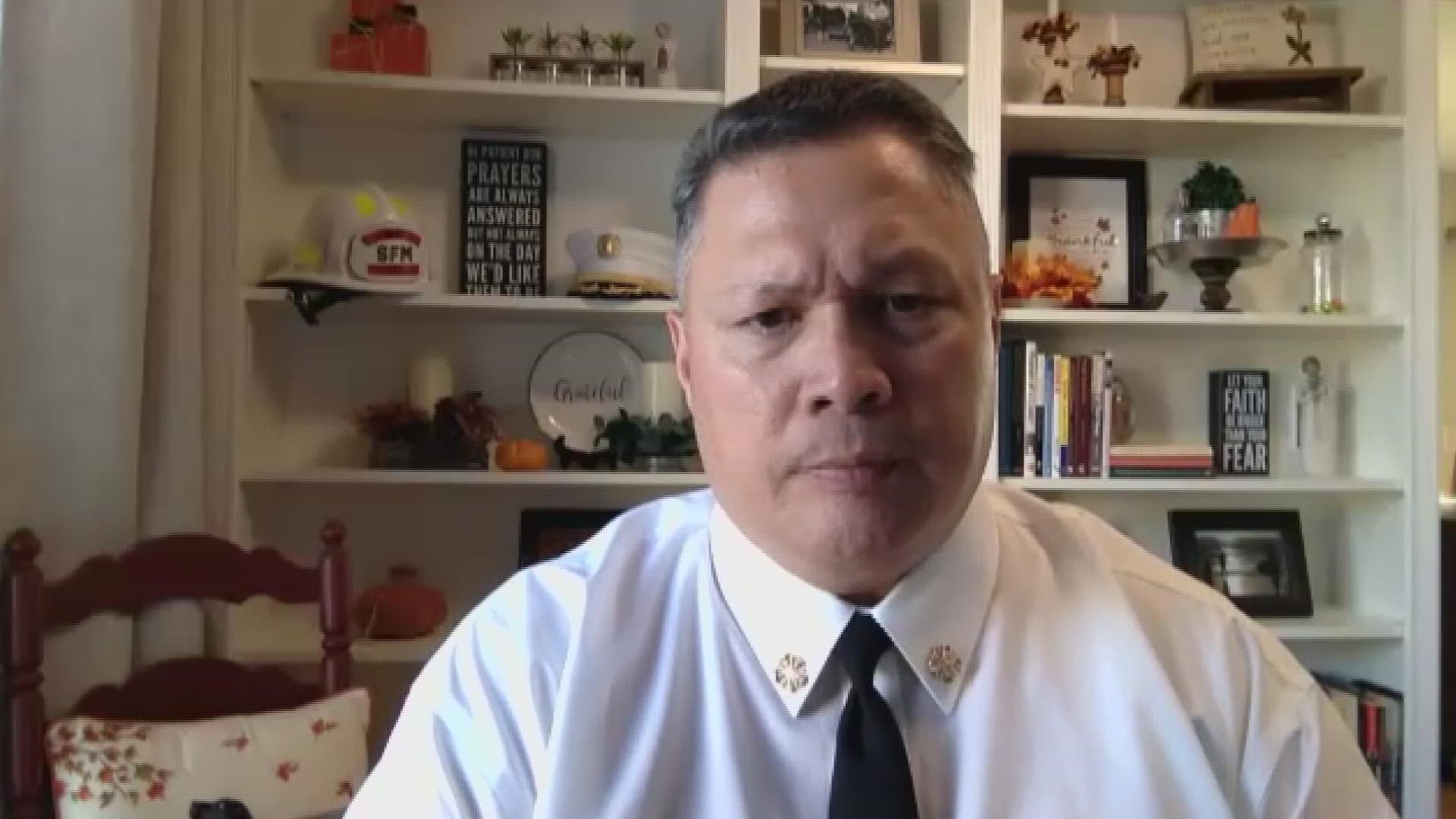 "I'm following my doctor's recommendation, which is to not get the vaccine," said LeBlanc. "Since that's something that I cannot do, the only outcome is for me is to be dismissed from my position."

LeBlanc said his doctor advised him not to get the COVID-19 vaccine and added there's concern he could have a reaction after having an anaphylactic reaction following a different injection.

LeBlanc said he's received an exemption but added that's not enough to keep his job. As fire marshal, LeBlanc is in a public role, which includes attending funerals of fallen firefighters on behalf of Gov. Jay Inslee. Despite the exemption, LeBlanc said he'll be let go because the state will not make accommodations for him to stay.

LeBlanc said he's not against the vaccine, but rather, he's against the mandate that's put him in this position.

Oct. 4 was the last day employees could get vaccinated with the second dose of the Pfizer or Moderna vaccines or the single-dose Johnson & Johnson vaccine to be considered fully vaccinated by Oct. 18.

LeBlanc is one of the hundreds of first responders, medical workers and state employees asking a judge to overturn the state's mandate. He is the highest-ranking state employee participating in a lawsuit.

"A whole slew of the people that keep our state running are simply going to be gone in very large numbers," said Nathan Arnold, the attorney representing the plaintiffs.

Arnold said the firm is working to get a hearing but believes the case will not be resolved before the Oct. 18 deadline.

"It's very, very unfortunate, but I'm going to leave the patrol, absolutely loving and appreciating the blessing it has been in my life," said LeBlanc. "I'm grateful for the opportunities that I've been given to serve the people of this state in so many key assignments."

“Chuck LeBlanc is a good friend and good man,” said Washington State Patrol spokesperson Chris Loftis. “Like others in this situation, his service has been a true resource. His departure would be a true loss. COVID continues to hurt us all and the Washington State Patrol looks forward to the day when the dangers of the pandemic are behind our beautiful state and country.”

It's unclear the full impact the mandate will have. The state reports more than 70% of its employees are vaccinated. However, some city agencies, like the Seattle Fire Department (SFD), have refused KING 5's request for vaccine information ahead of the deadline.

"SFD is proactively working to prepare contingency plans for the various staffing scenarios we may face. We are committed to fulfilling our mission of saving lives," said SFD spokesperson Kristin Tinsley.

According to Loftis, 93% of WSP employees had either turned in proof of COVID-19 vaccination or “were in some stage of the religious or medical exemptions and accommodations process per state guidelines” as of October 6. Loftis said that number is a “significant” increase in recent weeks, and WSP is “hopeful that the numbers will continue to improve by October 18.”

“We encourage all of our employees who can be vaccinated to be vaccinated as we want them all to be safe and to stay with our agency and in service to the state,” said Loftis. “We need and care for every single one.”