Washington State Ferries say uptick in rescues is due to pandemic

With fewer things to do because of COVID-19, WSF says more inexperienced boaters are on the water. On Sunday, they had to rescue two jet skiers. 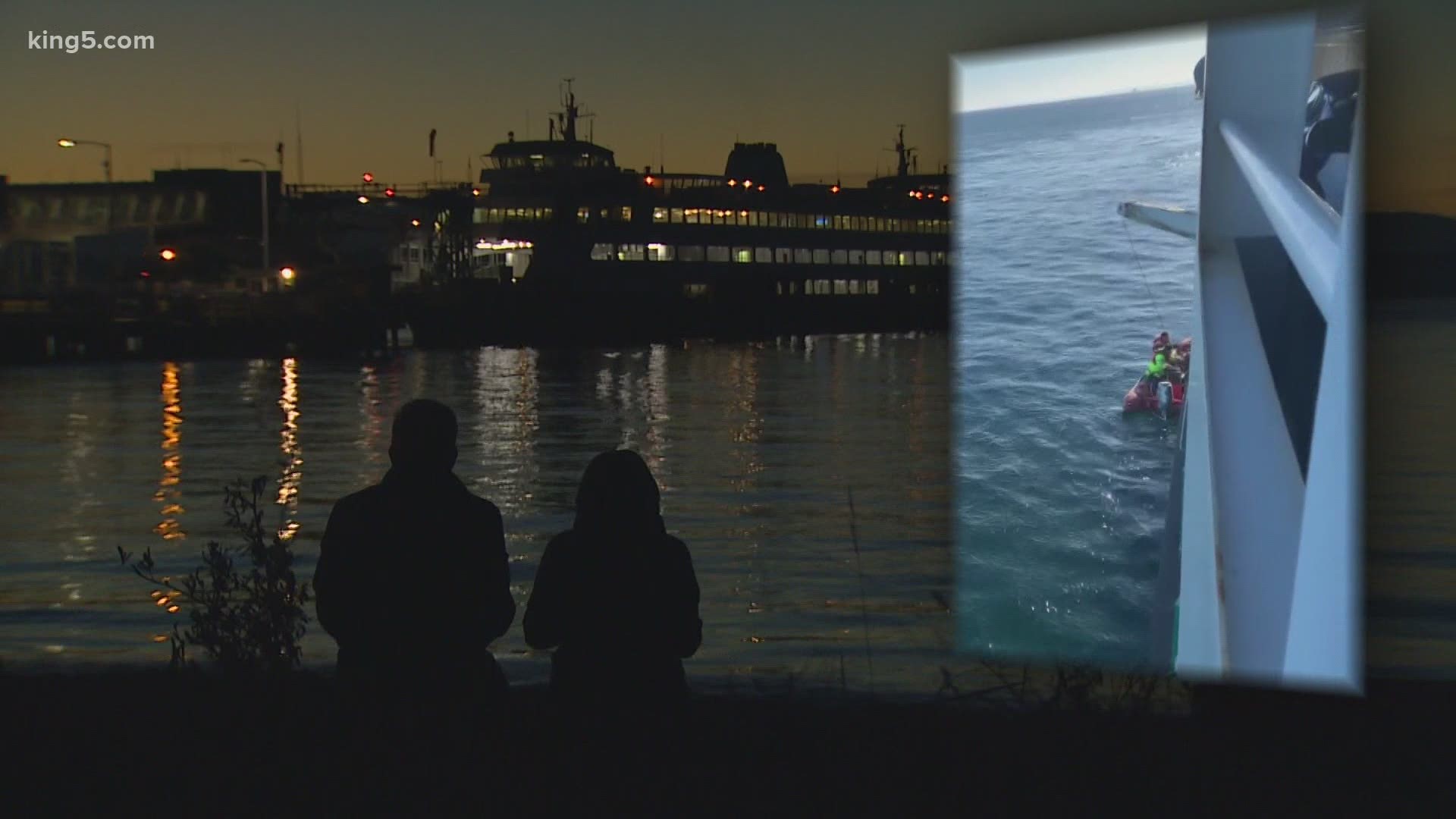 EDMONDS, Wash. — From the deck of the Puyallup, passengers witnessed crew members jump into action, rescuing a pair of jet-skiers around 2 p.m. along the Edmonds-Kingston route on Sunday.

"Ferry boat workers are highly trained Merchant Marines and they do train for these sorts of rescues all the time. And that's indeed what we saw today," said Washington State Ferries spokesperson Ian Sterling

He said the crew noticed a man on a jet ski waving a handkerchief to get their attention. A boat was launched off the ferry to check out the situation. When they got to the man, they found a woman with him who was hypothermic.

This time of year, the average water temperature for Puget Sound is in the low 50's.

" (They) got her warmed up as best they could, and then the EMTs and ambulance met the boat in Kingston," said Sterling.

Before this year, a rescue like this would happen every few months. This summer and fall, however, Sterling said ferry workers conduct rescues like this every few weeks.

From talking to crewmembers, he believes this is all related to the pandemic. For example, on Memorial Day alone this year, there were three rescues conducted by ferry crews.

"You want to get out with just your family members or be outdoors, so maybe you've got some people that aren't as experienced out on the water, and they're finding themselves in trouble," said Sterling.

Crewmembers train for these rescues once a week. With more inexperienced folks being drawn to water recreation as COVID-19 limits what we can do, Sterling foresees the frequency of these rescues not slowing down any time soon.

"As the weather changes here and you get some wind storms and things like that, it can catch unwary mariners off guard, so I bet that we're back out there again here in the next few weeks," said Sterling.

The vessels along the Edmonds-Kingston route were delayed about an hour today because of the rescue.

The woman was taken to a nearby hospital with symptoms of hypothermia.