With federal aid for airlines running out and talks over an extension stalled, Alaska Airlines said it will soon begin to furlough 532 employees. 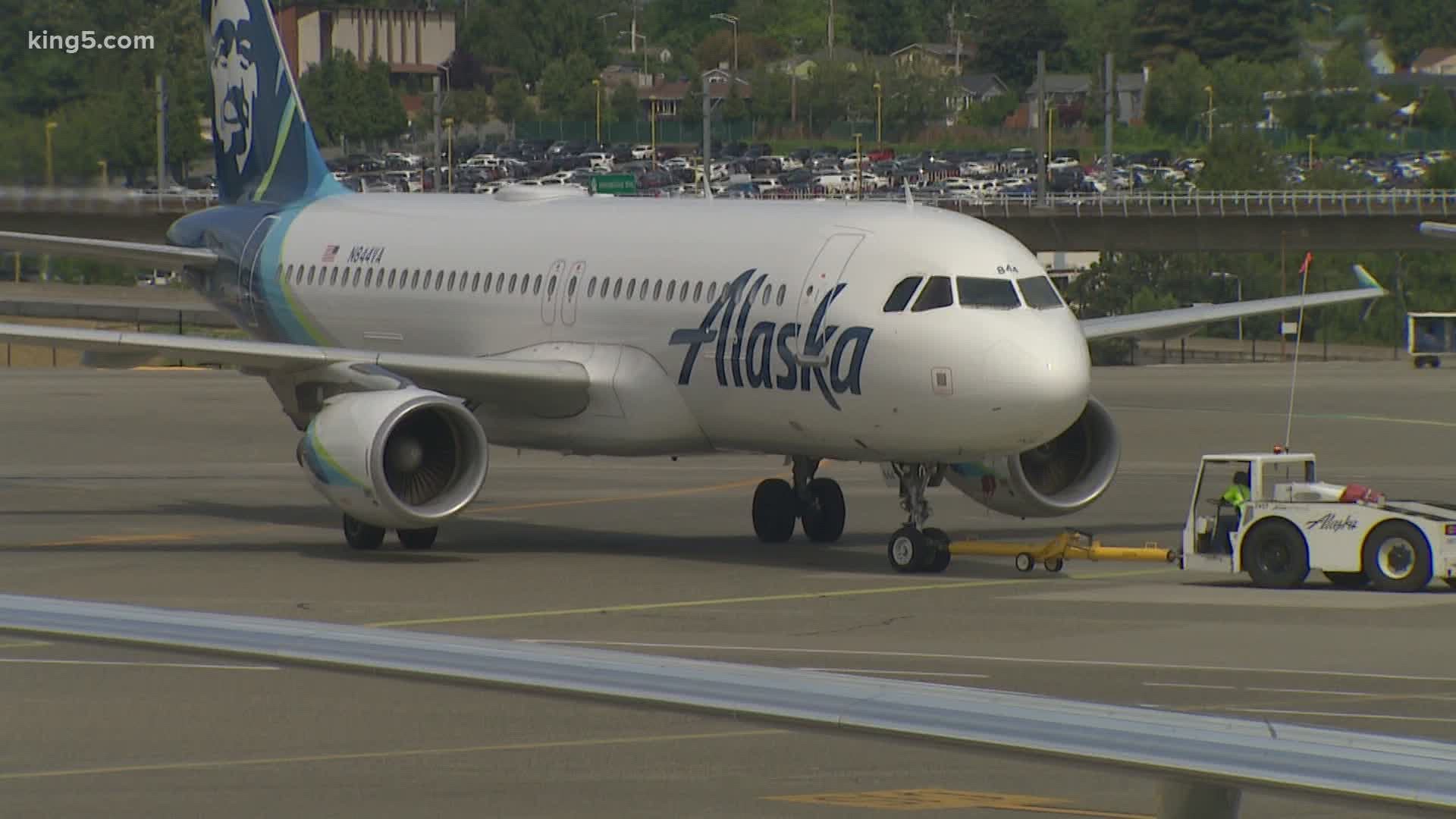 SEATTLE — With federal aid for airlines running out and talks over an extension stalled, Alaska Airlines said it will soon begin to furlough 532 employees.

According to state WARN notices, Delta Airlines could furlough up to 74 people in Washington state. United could furlough as many as 259 workers, and American Airlines warned of a possible 111 temporary furloughs, starting Oct. 1.

“I think there’s a lot of anxiety, people are trying to figure out what they’re going to do, people are looking to see if there are other jobs, but at this point, there are no other jobs, it's pretty bleak for the country as a whole,” said Beverly Bullock, an Alaska Airlines flight attendant, speaking on behalf of her union, AFA Alaska.

Alaska said the 532 forced furloughs, out of a workforce of roughly 23,000, are a smaller number than it expected. There are 720 employees who volunteered for early retirement or early outs, and another 4,468 who took voluntary leave, the airline said.

Alaska was able to save some positions. No pilots, maintenance technicians, or dispatchers have been furloughed, Alaska said.

Airlines made last-minute appeals to Congress and the Trump administration to avert furloughs when a federal prohibition on layoffs - a condition of an earlier round of federal aid - expires Thursday.

The passenger airlines and their labor unions are lobbying for taxpayer money to pay workers for six more months, through next March. Their request is tied up in stalled negotiations over a larger pandemic-relief measure.

“We should be getting this done and it should’ve been done yesterday,” Bullock said.

American Airlines said it will begin furloughing 19,000 workers on Thursday.

If Washington reaches an aid deal over the next few days, the airline said it could bring those employees back to work.

RELATED: Where does another $1,200 stimulus check stand after Pelosi, Mnuchin meeting Wednesday?