Washington sheriff will enforce I-1639 gun laws, despite his opposition

The Lewis County Sheriff doesn't agree with I-1639, one of the toughest gun laws in the country. But Sheriff Snaza says he will enforce it. 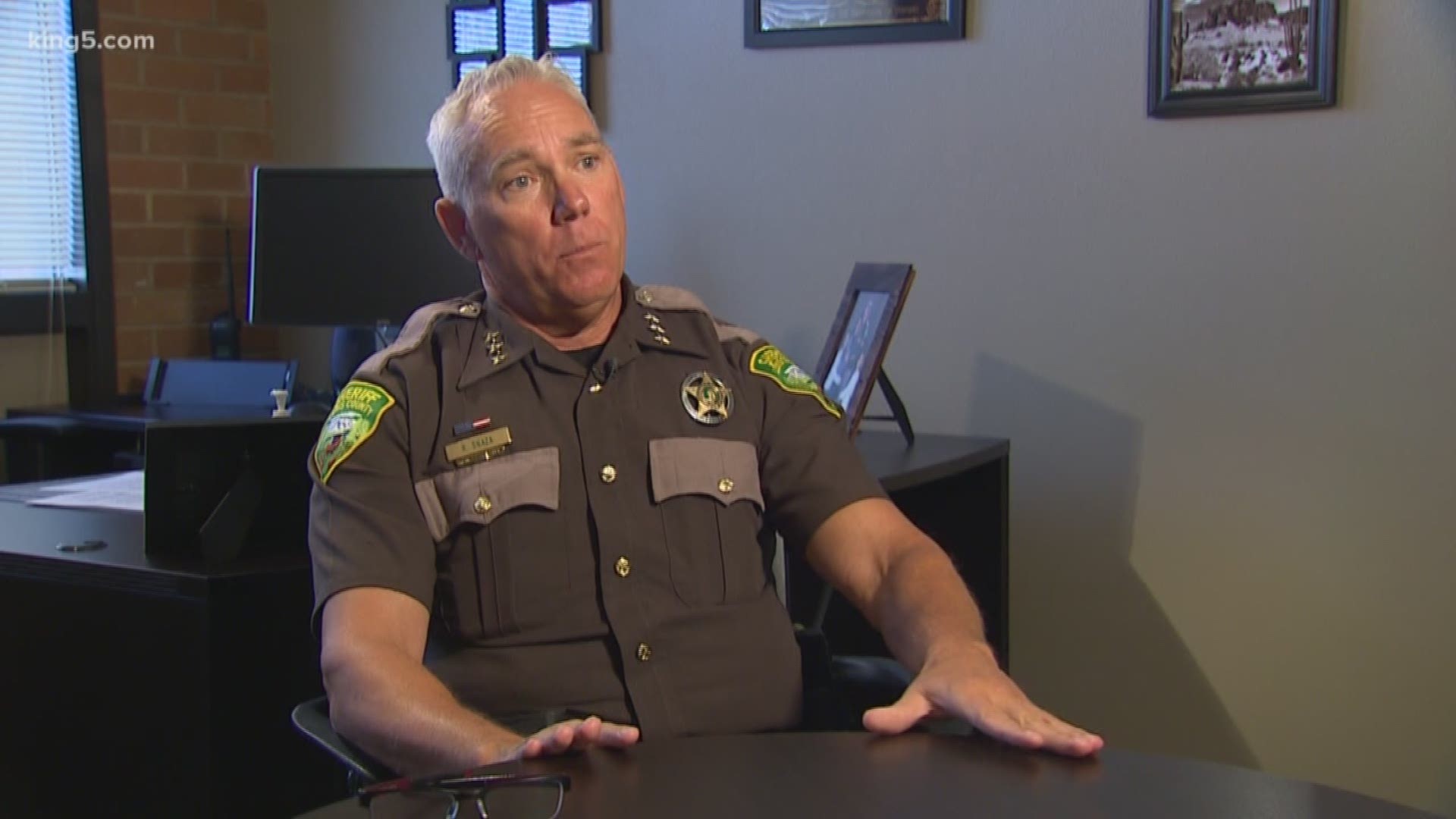 “This is a bad initiative,” said Snaza who, despite concerns, will enforce the new laws regarding the sale of semi-automatic weapons.

As of July 1, customers will need to pass enhanced background checks, pay an $18 fee, complete a gun safety class, and wait 10 days before receiving a semi-automatic rifle.

Owners must also take “safe storage” measures to prevent children or convicted felons from accessing handguns and rifles. Those changes are a result of the passage of I-1639 last fall.

Nearly 60 percent of voters statewide backed the measure, which in January raised the purchase age of semi-automatic rifles from 18 to 21.

After the election, several sheriffs in Washington state said they would not enforce the initiative.

Opponents have filed lawsuits over it.

But State Attorney General Bob Ferguson said despite their opinions or pending lawsuits, it is the duty of law enforcement to enforce I-1639.

While Snaza said he does not like the new laws, especially the portion that raises the purchase age to 21 for semi-automatic rifles, he will investigate those who are reported to be in violation.

But don’t expect his deputies to go out of their way looking for offenders.

"We're not going to go out and seek those individuals who don't have their certificate or who don't have whatever meets the criteria,” said Snaza, “But if circumstances create us to be there, then all things are on the table."

The new laws prompted more than brisk sales at Centralia’s East County Guns ahead of the July 1 deadline.

"We have moved more (semi-automatic rifles) in the last month than I think we ever have since we've been open,” said store manager William Lucero.