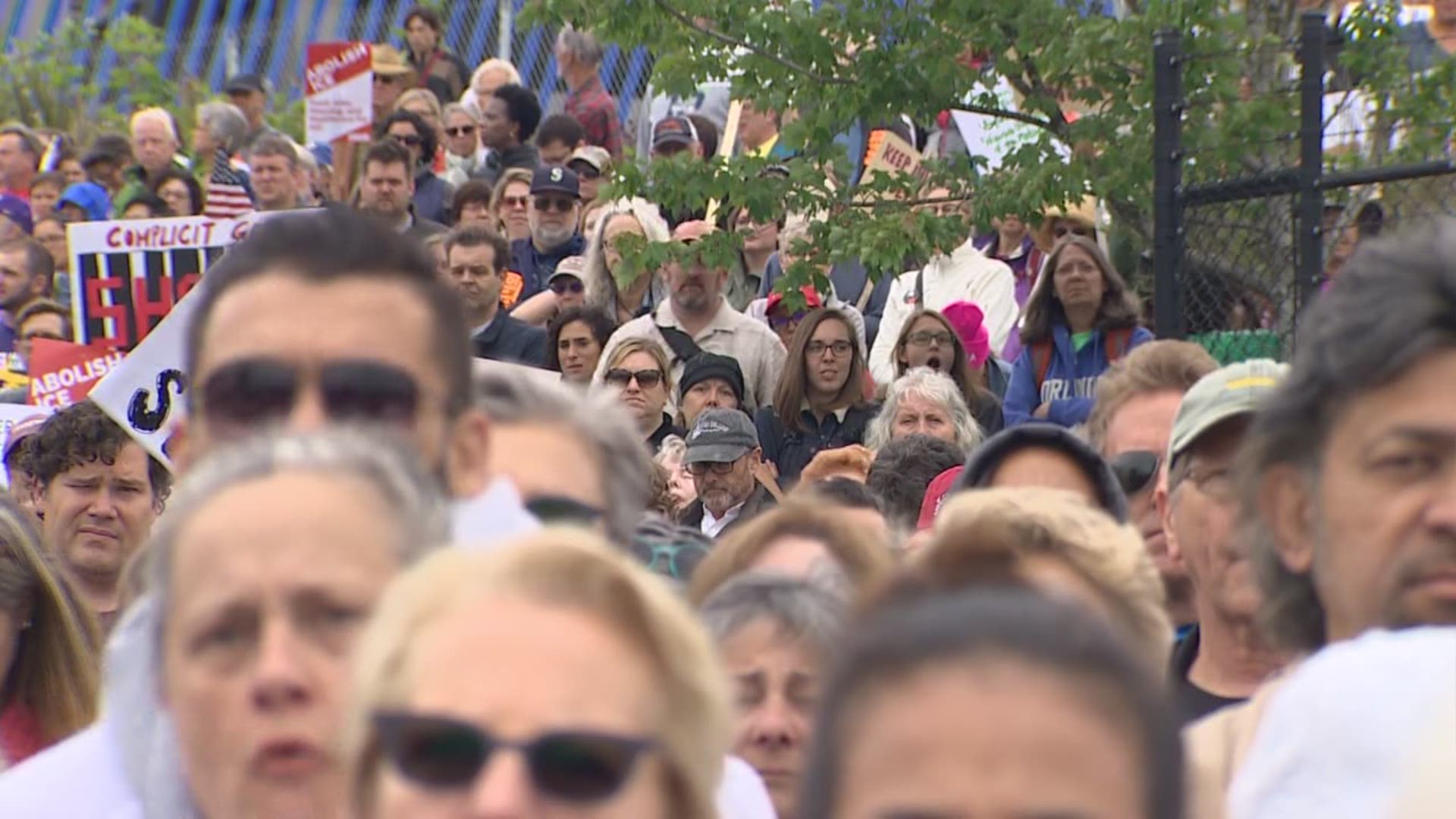 Hundreds of thousands of people protested nationwide on Saturday against the Trump administration's "zero tolerance" policy on immigration. More than 25 rallies were planned in Washington state alone, including a rally outside the Seatac Detention Center, where thousands of people gathered to support families that have been separated at the border.

"When people are in pain and traumatized, others have to get around and protect them," said protester Raqa.

"This county was founded on immigrants and slave labor, and we need to remember our roots," said participant Jessica Urdaz-White. "I believe that's what American was founded upon, is the idea that it is an open place for people to come and get a fresh start."

Over one thousand people gathered at SeaTac Detention center to rally for an end on family detention. #king5 @KING5Seattle pic.twitter.com/jpmwu0C49e 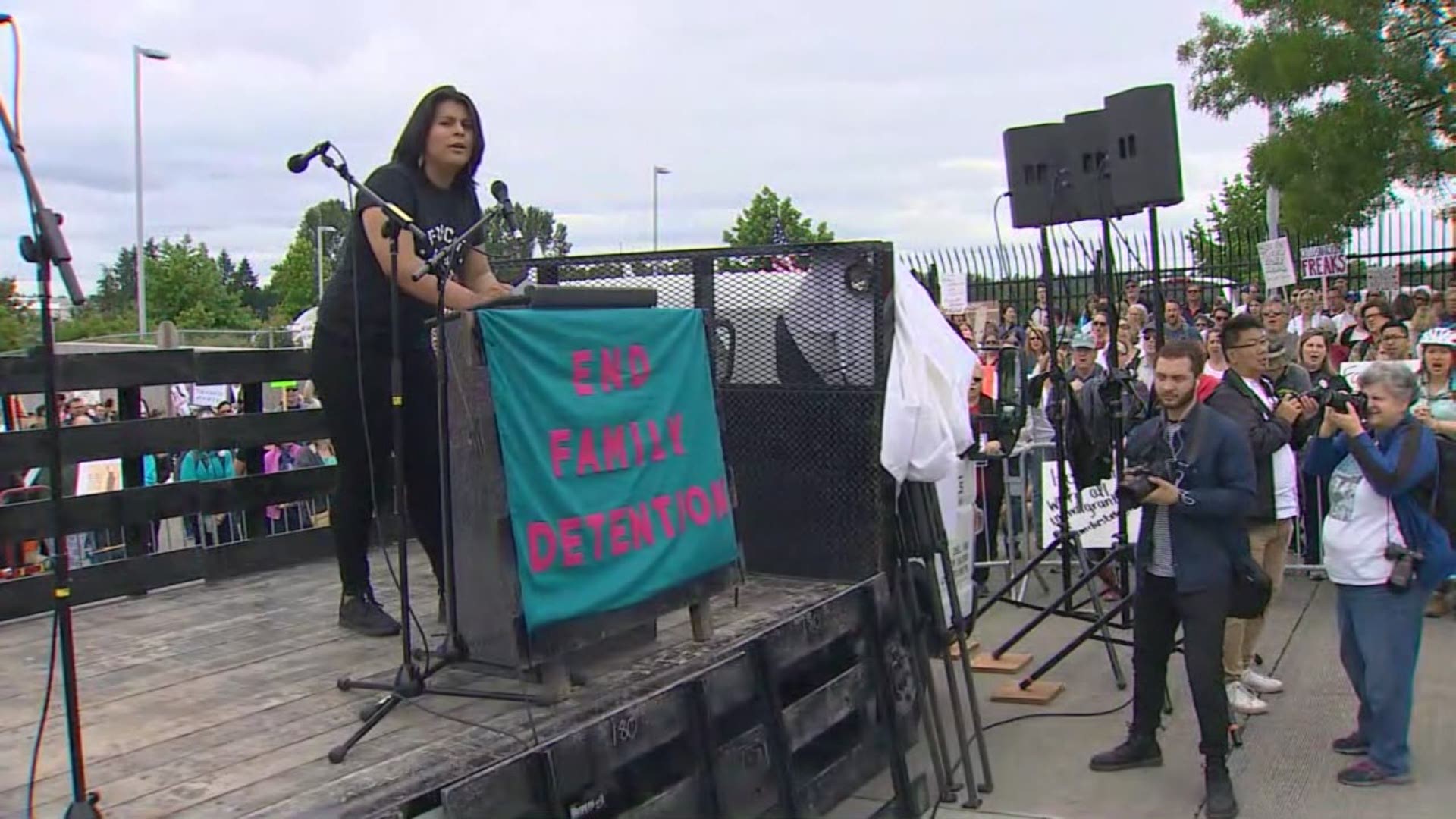 "We see that this has to be taken right to the White House, right to Donald Trump, to stop the family separations," Jayapal told MSNBC's Chris Hayes.

The more than 628 rallies held in response to President Donald Trump's controversial policies – including family detention – are being organized by the Families Belong Together Coalition, which includes the National Domestic Workers Alliance, the Leadership Conference, MoveOn.org and the American Civil Liberties Union. 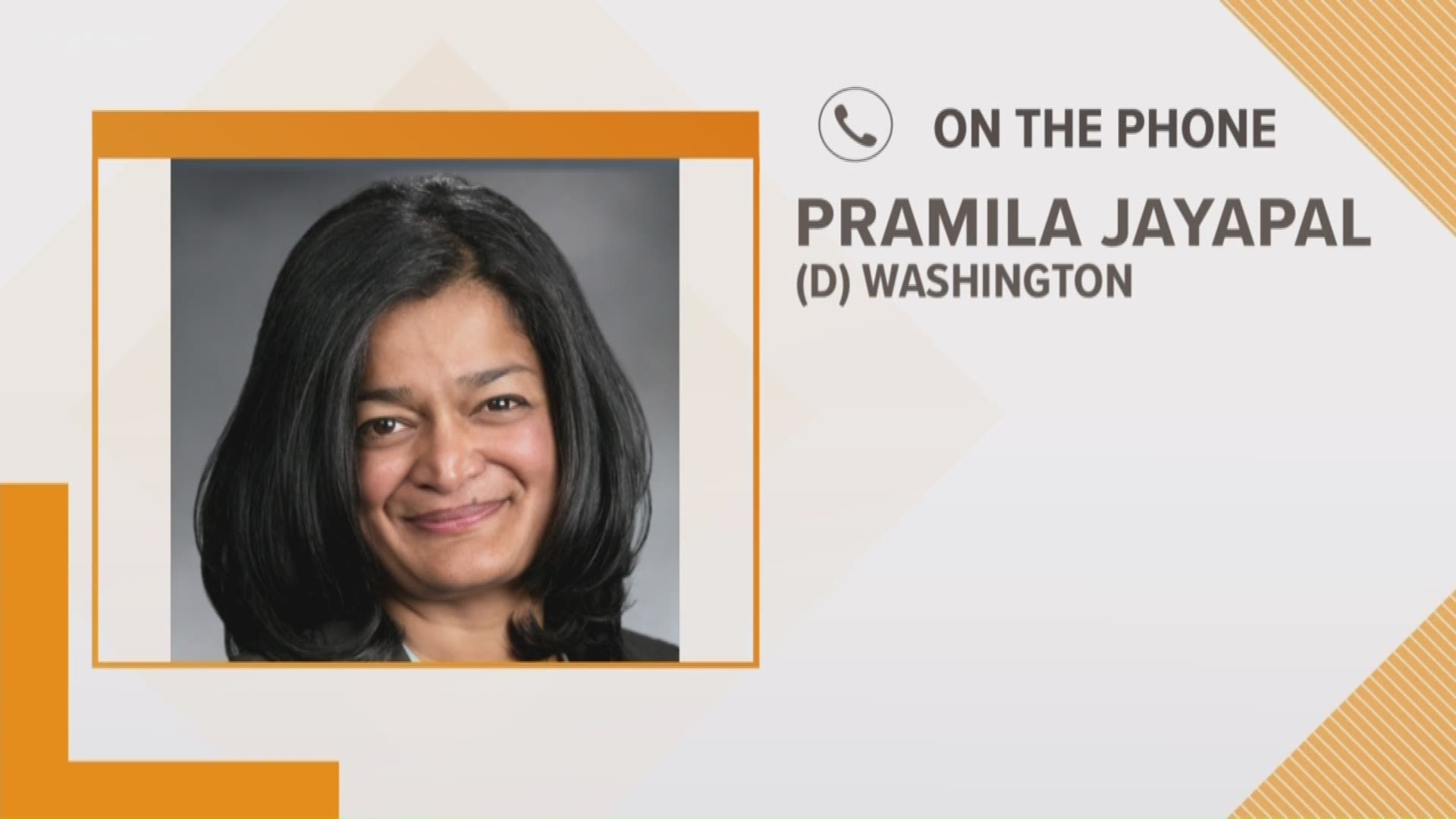 Why are these protests happening?

The rallies are in response to a widespread desire among Americans to take action against Trump's strict immigration policies, said Lorella Praeli, ACLU director of immigration policy and campaigns.

"This is our country, and if there is something happening that takes us in the wrong direction, we can’t stay silent," Praeli said. "It’s on us to hold our elected officials accountable, to hold our president accountable and to demand action. So silence in this moment is complicity."

After Trump signed an executive order last week ending the family separations, a California judge ordered the Trump administration Tuesday evening to reunite the migrant families it had separated.

There are 2,047 children that must be placed in the same facility as their parents within the next two to four weeks. But U.S. law and a series of court rulings that limit the amount of time minors can be held in detention will further complicate those reunions.

Randi Weingarten, president of the American Federation of Teachers, said she has been engaging with organizers ahead of Saturday's demonstrations, and many are concerned about the direction of the country.

"The separation policy here, separating children from their parents and detaining them in internment camps and caging them is something that you would think would happen in tyrannical, authoritarian countries, not in a country that says that it is a democracy, not in the United States of America," Weingarten said.

Protests under the Trump administration

Fabiola Perez, 24, said she will be protesting in Winston-Salem, North Carolina because of her personal history with the U.S. immigration process.

"I have been in those kids shoes. I’m currently a DACA recipient; my parents brought me to the U.S. when I was only 7 years old. I had to cross the border and we failed multiple times, my little brother, my mom and I were detained by the immigration officials," said Perez, a sales operations coordinator at PepsiCo. "It was scary not knowing what to expect and also not knowing the language at the time. Thankfully, we were always kept together, which helped my brother and I feel safe."

Perez said she's also protesting as the mother of a 6-year-old son.

"Just the thought of getting my son ripped away from while only trying to get a better life for him would not only devastate me but it would definitely traumatized him," Perez said.

Episcopalian Chaplain Jenifer Gamber, 52, will rally at the Keep Families Together Coalition's event in Washington, D.C. Gamber said protesting sends a strong signal to elected officials about the public's opinions on immigration.

"I am appalled at the Trump administration’s treatment of people seeking asylum in the United States that criminalizes asylum-seeking and separates families," Gamber said.

Despite the uptick in multiple large-scale protests since Trump's inauguration, such as the Women's March and the March for Our Lives, Weingarten said activists are not feeling fatigued.

"People are just furious with the level of cruelty that is represented by this administration," Weingarten said. "There’s a sense of determination to try to make this difference."