Developments from demonstrations in western Washington from Monday. 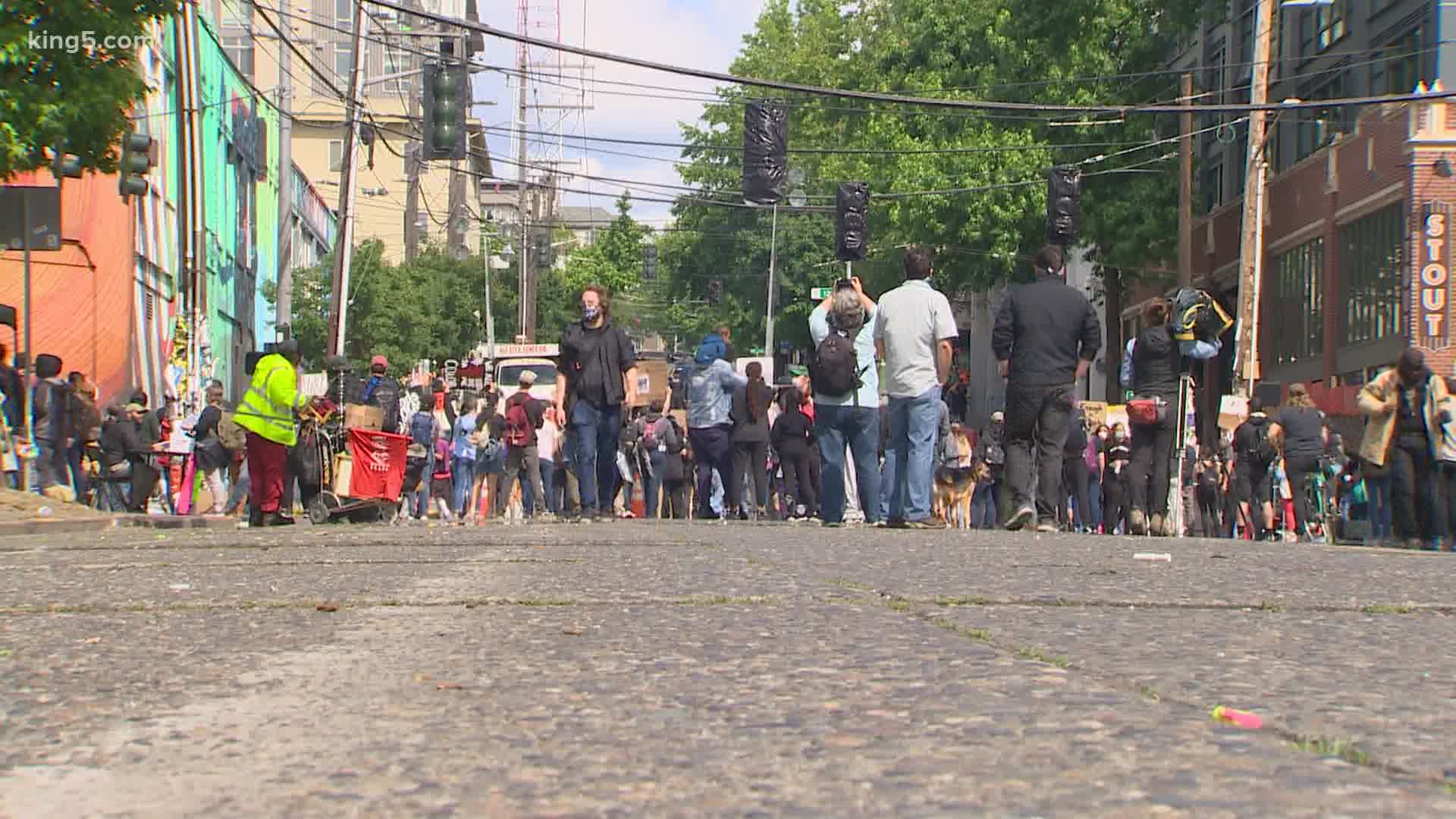 Protests continued in Seattle Monday in response to police brutality and racial justice over the death of George Floyd, a black man killed in Minneapolis police custody.

Below are updates from Monday, June 8:

Seattle police have arrested a man who drove his car through a crowded protest in the Capitol Hill neighborhood on Sunday evening.

In a video, the man is seen driving into the crowd near 11th Avenue and Pine Street and then getting out of his car, brandishing a gun.

Before he got out, he shot a man in the arm.

Nikolas Fernandez, 31, was arrested and held on investigation of assault in connection to the incident.

Fernandez said he thought he could go through the crowd and he only shot when protestors surrounded his car, saying he feared for his life.

Barricade comes down on Capitol Hill

Seattle Police said they are reopening streets near the East Precinct to allow demonstrators to march through Capitol Hill.

Law enforcement had created a barricade around the police station, to keep protesters at bay. Those barriers came down Monday evening.

Around 5:30 p.m. Monday, protesters moved a barrier themselves, saying they wanted to take the block back on their own terms. Police allowed the barricades to move, and demonstrations remained mostly peaceful.

The East Precinct will remain staffed, according to SPD. 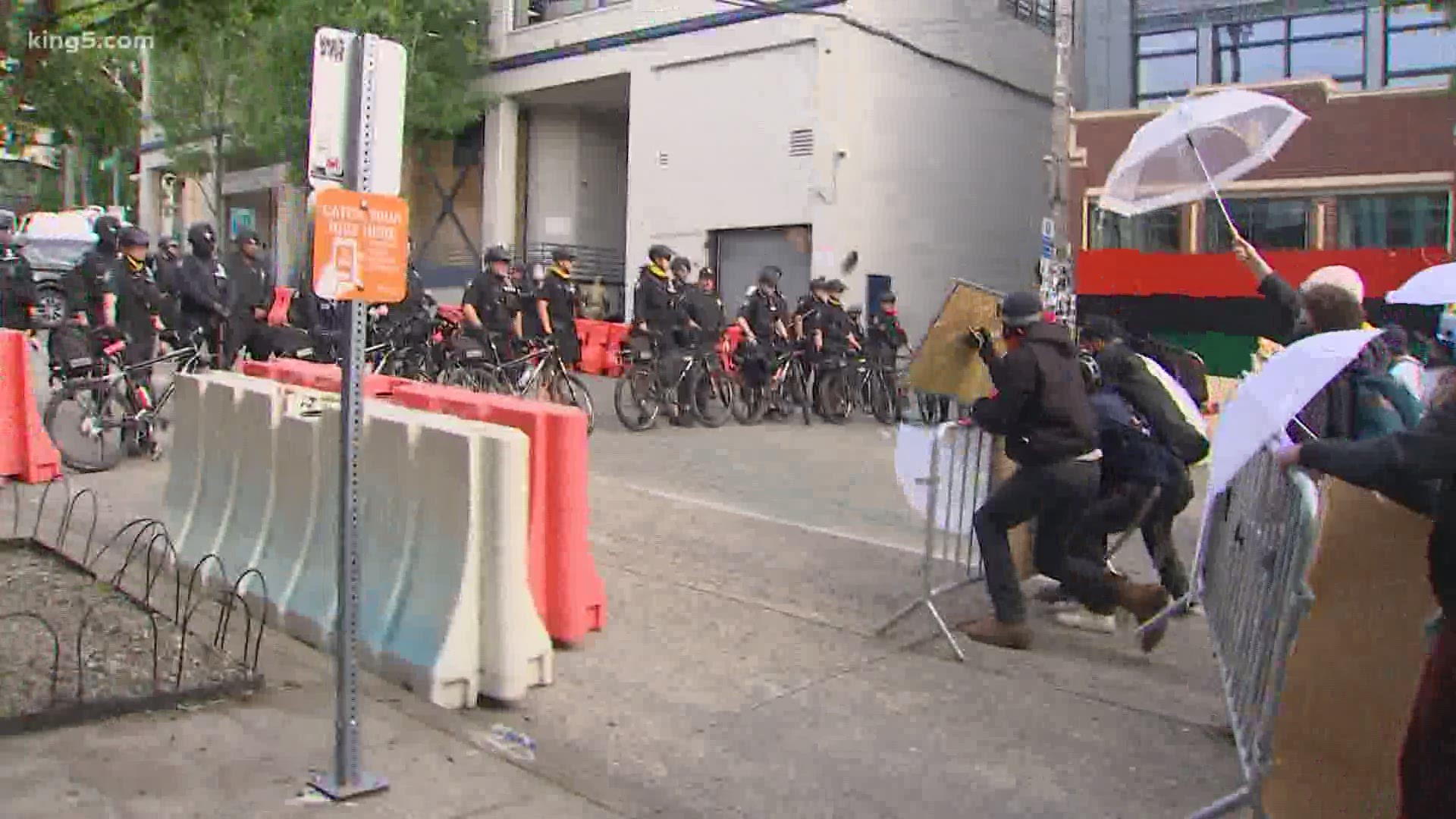 Following violent protests in Seattle's Capitol Hill neighborhood, where police and protesters clashed on more than one occasion, rumors were circulating that Seattle police would be abandoning the East Precinct if they couldn't hold back the protesters.

The East Precinct is near 11th  Avenue and Pine Street, where protesters have gathered every day for the last 11 days.

The precinct has been targeted by those looking to cause damage, and the FBI has received threats against the East Precinct.

She said the department is making some changes to keep both officers and protesters safe.

Some of the changes include:

"This is an exercise in trust and de-escalation," Best said.

Protesters moved a barrier themselves, saying they wanted to take the block back on their own terms. As of 5:30 Monday, the scene remained mostly peaceful. 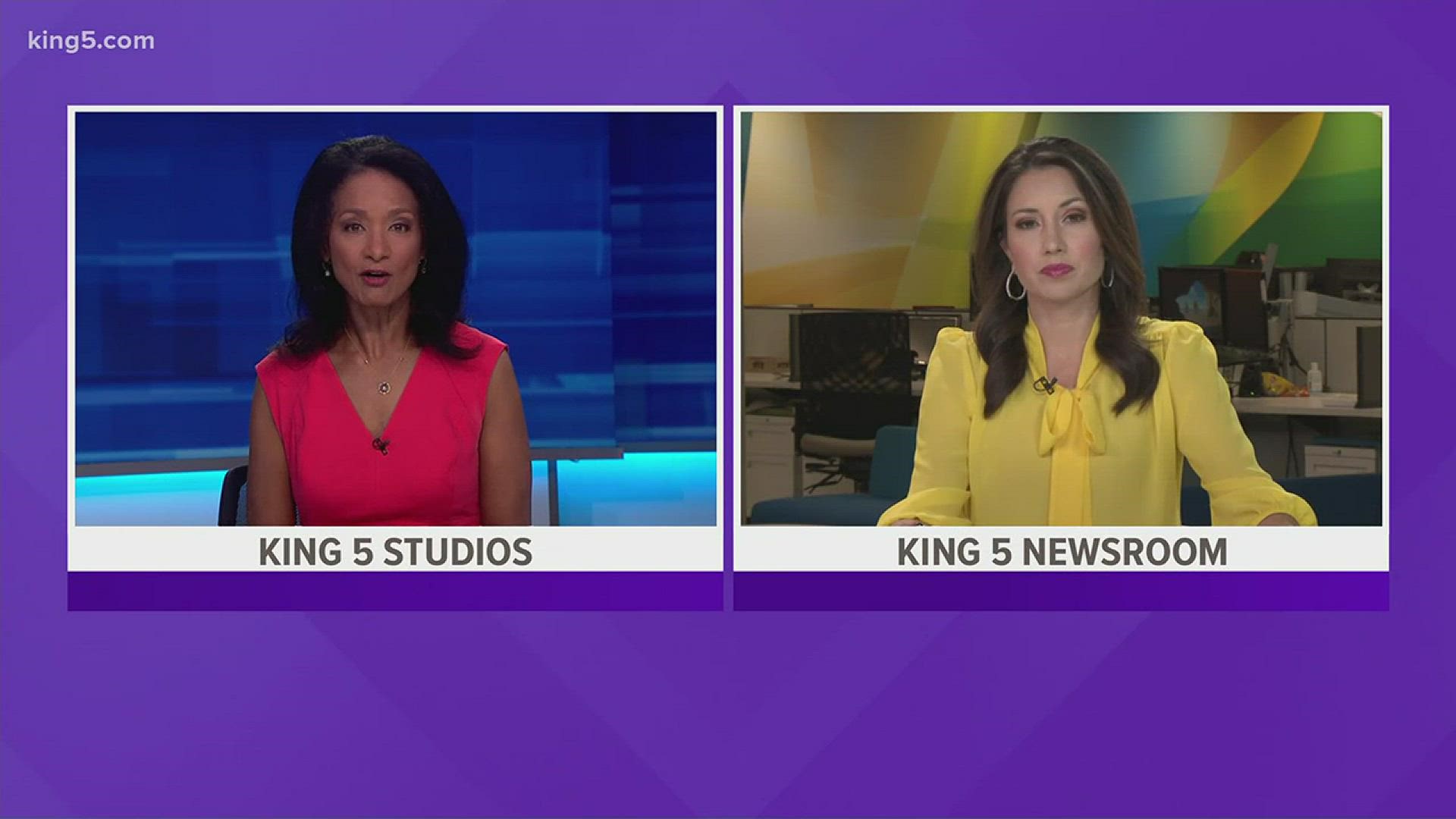 The Seattle Community Police Commission (CPC) sent a letter this morning outlining the next steps city leaders should take to address police accountability.

"Our recommendations today cannot address all the concerns being voiced by the ongoing protests in Seattle. Those issues must be resolved through a thorough, transparent, and community-centered process. The CPC is committed to ensuring that process happens as soon as possible. Rather, this letter serves as a foundational first step to ensure we are prepared to respond effectively during the weeks and months ahead," CPC said in a statement.

Some of the recommendations were to:

These recommendations are not new, the CPC says.

Washington Gov. Jay Inslee addressed the second week of demonstrations in Washington state. Peaceful rallies and violent protests have taken place across the state for 11 days.

Inslee announced that he would be forming a statewide group of citizens, legislatures, police and others. That group will work together to form legislation and other policies aimed at police use-of-force and discrimination against people of color.

He also called for independent investigation and review of officer-involved killings, but he said the means for getting a truly independent, third-party agency outside the Attorney General are not yet available.

Inslee thanked the peaceful protesters and encouraged them to continue exercising their First Amendment right. He also praised their actions when a man drove a car through a crowd in Capitol Hill, saying the protesters control the situation.

The Governor also tackled the sometimes conflicting messages of staying home viruses the message of 'you're welcome to come out and peacefully protest.'

"Thousands of people have made the decision that the virus of racism is important enough to fight back by peaceful protest. And we’ve encouraged them to do in the most distanced manner as possible," Inslee said.

Inslee and State Health Secretary John Wiesman both urged those who have been protesting to get a coronavirus test and to continue to wear masks during protests. If you're waiting for a test, Inslee advised self-isolating even before you get the results, just in case.

On Monday afternoon, Seattle Mayor Jenny Durkan said several policy changes are being made to hold police accountable and protect peaceful protesters after more than a week of confrontations in the city.

Citing an "incredibly painful week" of protests in Seattle and across the country over police brutality and racial justice after the death of George Floyd, Durkan outlined recommendations and changes to improve how the city handles protests.

Sawant introduces bill to ban use of chemicals

As city leaders work to make policy changes, Councilmember Kshama Sawant is working to end use of chemicals and other crowd control measures, including banning police from using chokeholds.

The legislation would band Seattle officers and other law enforcement agencies working with police from using any chemicals, including tear gas, mace, and peppery spray. It would also ban things such as rubber bullets, bean bags, blast balls, water cannons, and more.

Sawant's legislation will be introduced during the city council meeting on Monday, according to her office.