Crews with Washington's Department of Natural Resources and NOAA rescued a gray whale that got caught in a fishing net in the Strait of Juan de Fuca. 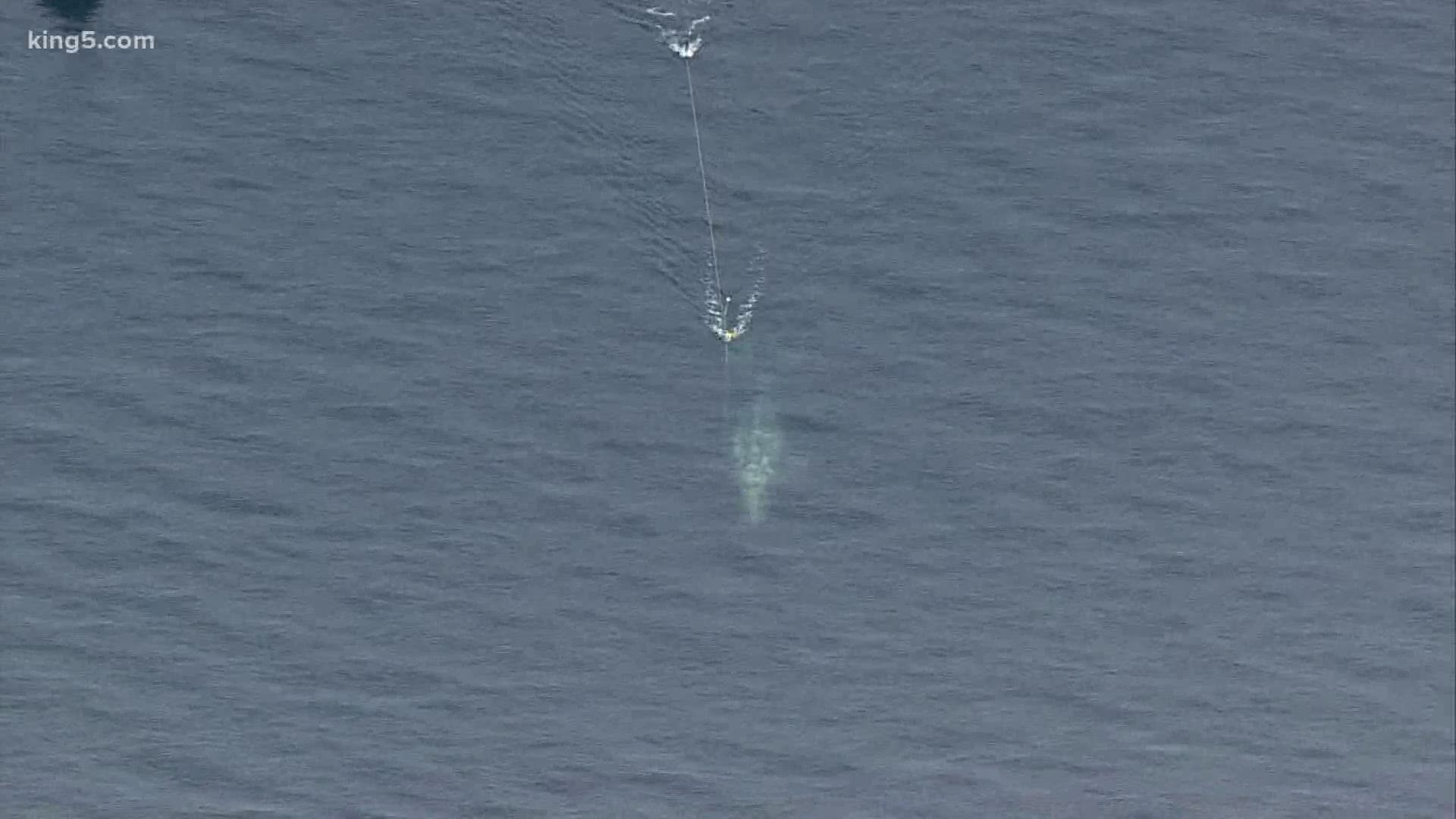 PORT ANGELES, Wash. — A gray whale that became entangled in a fishing net east of Port Angeles has been set free, according to officials Friday afternoon.

The Washington State Department of Natural Resources (DNR) tweeted photos of the whale that was first spotted by the department's geoduck divers Friday morning.

The gray whale got caught in a derelict fishing net in the Strait of Juan de Fuca east of Port Angeles, and not too far from the Canadian border.

"The buoys for the gear were trailing behind the whale and it was visible from the surface as if there was a line that went through its mouth and then trailed around one of its flukes and then the crab pot itself could be seen trailing behind," said DNR Geoduck Compliance Officer Michael Ulrich.

After several hours entangled in the fishing net, crews with DNR and NOAA were able to free the gray whale and it swam away.

"I first saw the whale about 7:30 this morning and I was requested to stay with it if we would have lost track of it it would have been very difficult to relocate it so I babysat a whale all day," Ulrich said. "We are out on Puget sound each and every day and we certainly don’t see this every day and being able to contribute to something of this magnitude is pretty special."

DNR officials say the whale is healthy and safe after the incident.

NOAA has teams trained to do disentanglement and special tools that allow them to reach out and cut lines to help free the animals.

“It’s a matter of determining if there’s something we can do to address the entanglement to either free it or give it an easier time," said Michael Milstein, PAO for NOAA West Coast Fisheries said. 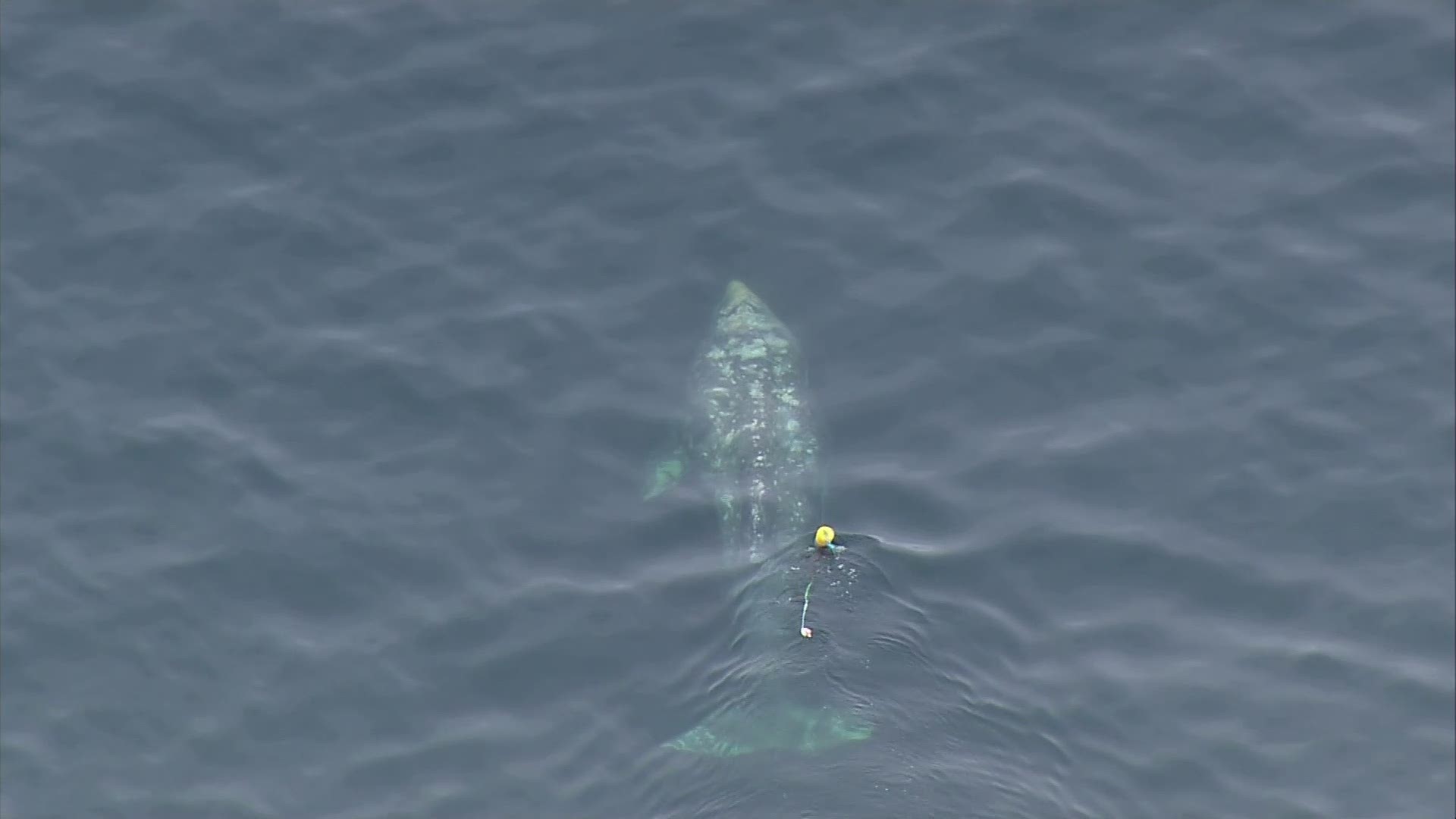