The Washington National Guard is joining statewide training with other fire departments before their help is needed this wildfire season. 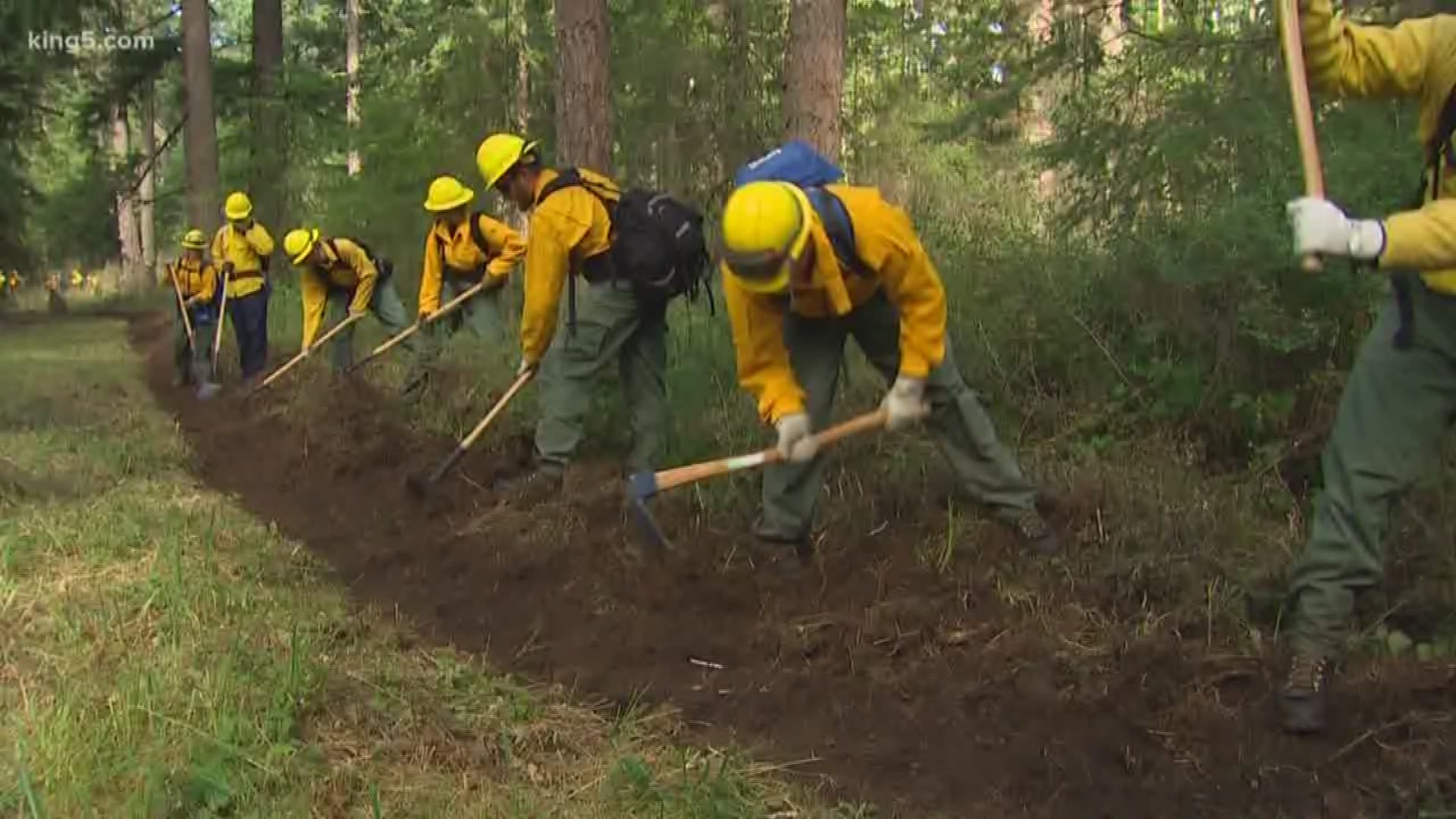 The Washington National Guard is preparing to fight wildfires before they’re called into action.

“Because the forecast is showing it’s going to be real dry and hot they want us all to be ready to go,” said Sgt. Sharon Gold.

She’s one of 400 guards members receiving fire training at the state’s wildfire academies this month.

In years past, the guard conducted their own training, or trained after they've been activated by the governor.

But this year, guard members are training alongside local and county firefighters and state and federal crews at one of three academies across the state.

“We have to be building a larger team, a more cohesive, coordinated team,” said Hilary Franz, State Commissioner of Public Lands.

She said the state has become more reliant on the guard as firefighters are harder to find in the western U.S.

“Unfortunately if California, Oregon, Colorado, and neighboring states are seeing more significant fires, we’re having to be more dependent on ourselves,” said Franz.

Sgt. Gold, who works as a para-educator at a Tacoma elementary school, has been in the guard for six years.

She was sent to Ukraine for a deployment and expects to be sent to help fight wildfires somewhere in Washington state this summer.

“I’m more than willing to do anything I can to help protect the people I care about,” said Gold.