5 avalanches in 4 days: What rescuers want you to know before going to the backcountry this spring

Five human-triggered avalanches happened recently in backcountry terrain in the Snoqualmie Pass area, according to the Northwest Avalanche Center. 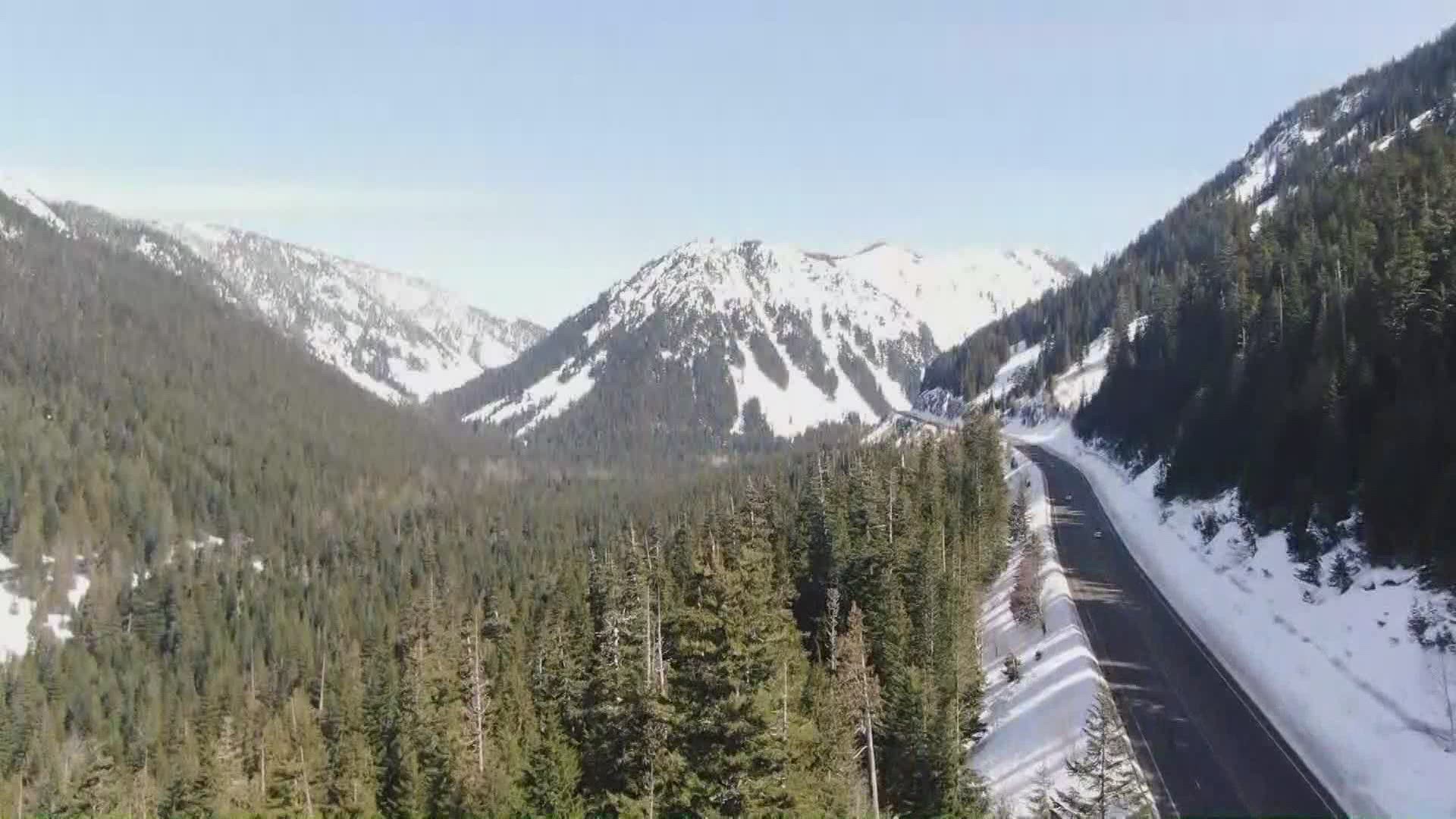 SNOQUALMIE PASS, Wash. — With sunshine in the forecast, many Washingtonians may be preparing to hit the trail or venture out into the backcountry on skis or a snowboard. But search and rescue volunteers hope recreationalists do their research and "know before you go."

According to the Northwest Avalanche Center (NWAC), five human-triggered avalanches in backcountry terrain happened over the last four days in the Snoqualmie Pass area. In two of those incidents, a skier was caught and carried by the snow, then buried. In one instance, a skier was carried over a cliff. No one was badly hurt.

"It's been an unusual year,” said Jennifer Brenes, president of King County Search and Rescue. “We've had a lot of snowfall for this year, and right now, we're starting to enter into the shoulder season, which is typical that when temperatures are changing.”

So far, Washington's snowpack is the third-highest on record, and it even got a fresh delivery of snow thanks to a recent weekend system. Brenes said spring sunshine can impact the snow layers and create instability.

"The sun is hitting those slopes and all kinds of things are happening,” explained Brenes. “That's normal for us, but with an increase in snowfall, it just makes things that much more treacherous out there right now.”

RELATED: 'Are you beeping?' Avalanche program aims to save lives in the Cascades

However, it's not just the avalanche danger search and rescue crews want you to be aware of, it is also the dangers posed by snow on hiking trails. The snow is so deep that it will last for months on many of Washington state's popular trails, even into June and July. That means hazards like snow bridges, which are arcs formed by snow across creeks or another terrain feature, will be of concern for a while.

"I think [the thing] folks need to remember is [the snow is] not going to go away as quickly as we think," said Brenes about the snowpack.

Be prepared if you are going on trails. Bring the right gear, look up trail reports and go with groups.

"It's important that before folks go out, especially people who are new to backcountry recreation, and that they do a little homework,” said Brenes. “I would say that the know before you go is knowing the terrain and knowing the area you're going and what the hazards are, knowing the current conditions.”

King County Search and Rescue created a couple of programs to help recreationalists in the backcountry. First, there is the "Are You Beeping?" campaign. Volunteers put up avalanche beacon testing signs to remind people to not only bring a beacon but to be sure you also turn it on.

The second is the backcountry radio program, which they partnered with NWAC on. Using a common two-way radio, skiers and riders can use it to relay information when there's been an avalanche. Click here to check out how to get involved.

For those who can't wait to go hiking, Brenes said the "know before you go" mantra is the most important thing to remember. Research what tools and gear you would need for hiking while snow is still on the trail. Also, look at trail reports for the area you would like to hike to get an idea of the trail conditions. The Washington Trails Association has a free online resource to look up trail reports.