A man from Vancouver, Washington believes his truck was set on fire because of his bumper stickers in support of President Trump. 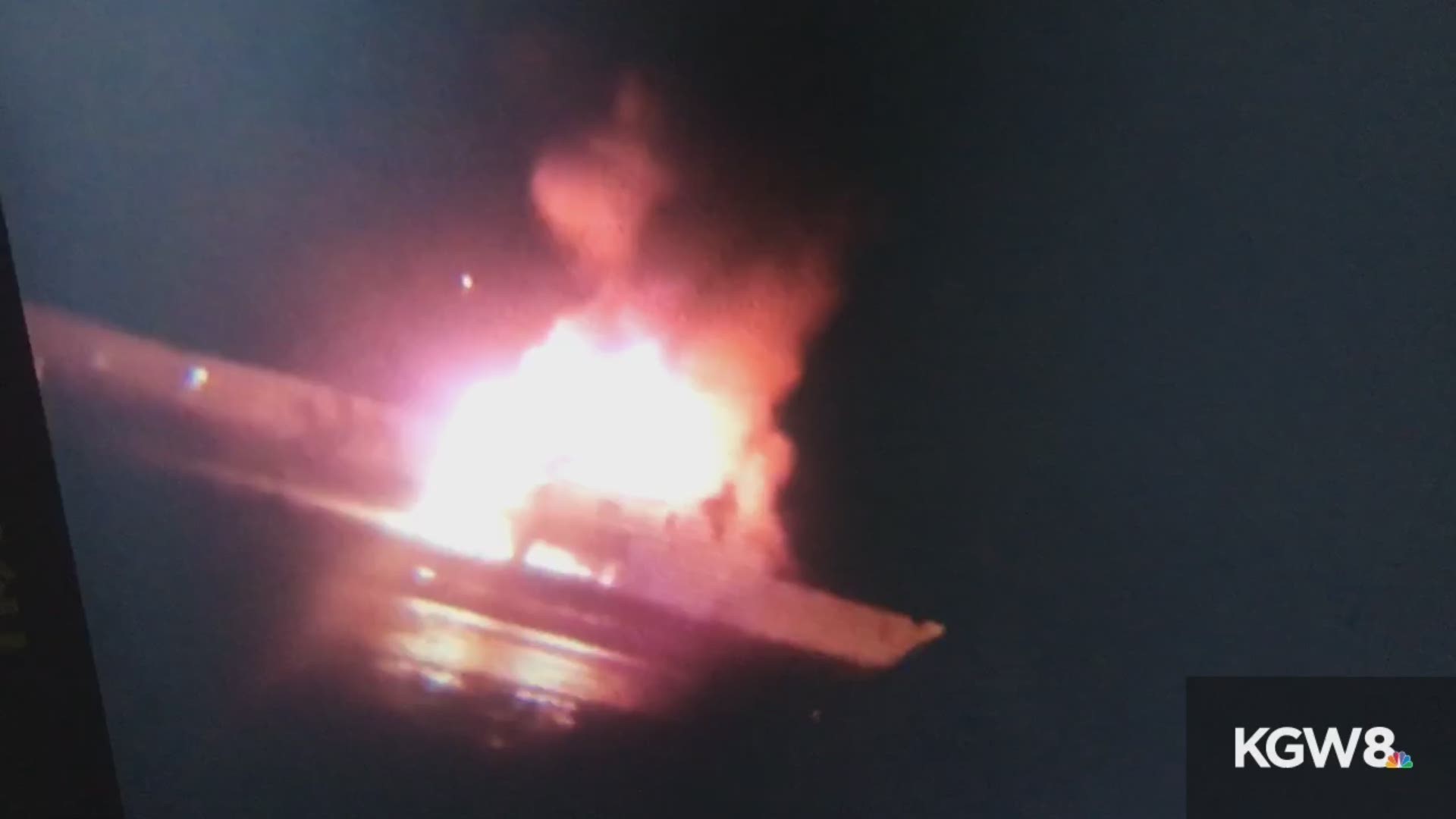 VANCOUVER, Wash. — A Vancouver, Washington man believes his bumper stickers are the reason someone set his truck on fire.

“It took me by surprise,” said Johnny Mackay. “It blew me away.”

Mackay left his truck outside the Garage Bar and Grille after some drinks Sunday night. He returned early Monday morning to find the truck torched.

“It was completely melted,” he said. “The light bar on top was liquified… it was bad.”

Mackay is confident the fire was intentional. The name, Trump, was spray painted on the side of the truck. Mackay's truck has two bumper stickers supporting the president.

Mackay says he did not even vote for President Trump. He just supports him now because he is president. Regardless, Mackay says it should not matter.

Mackay is hoping cellphone video and surveillance video lead investigators to the suspect.

“I feel violated,” he said.

Anyone with information about the case is urged to contact the Vancouver Fire Department.