Lawmakers in Washington are now looking to other states for ideas to speed up the process to test backlogged rape kits. 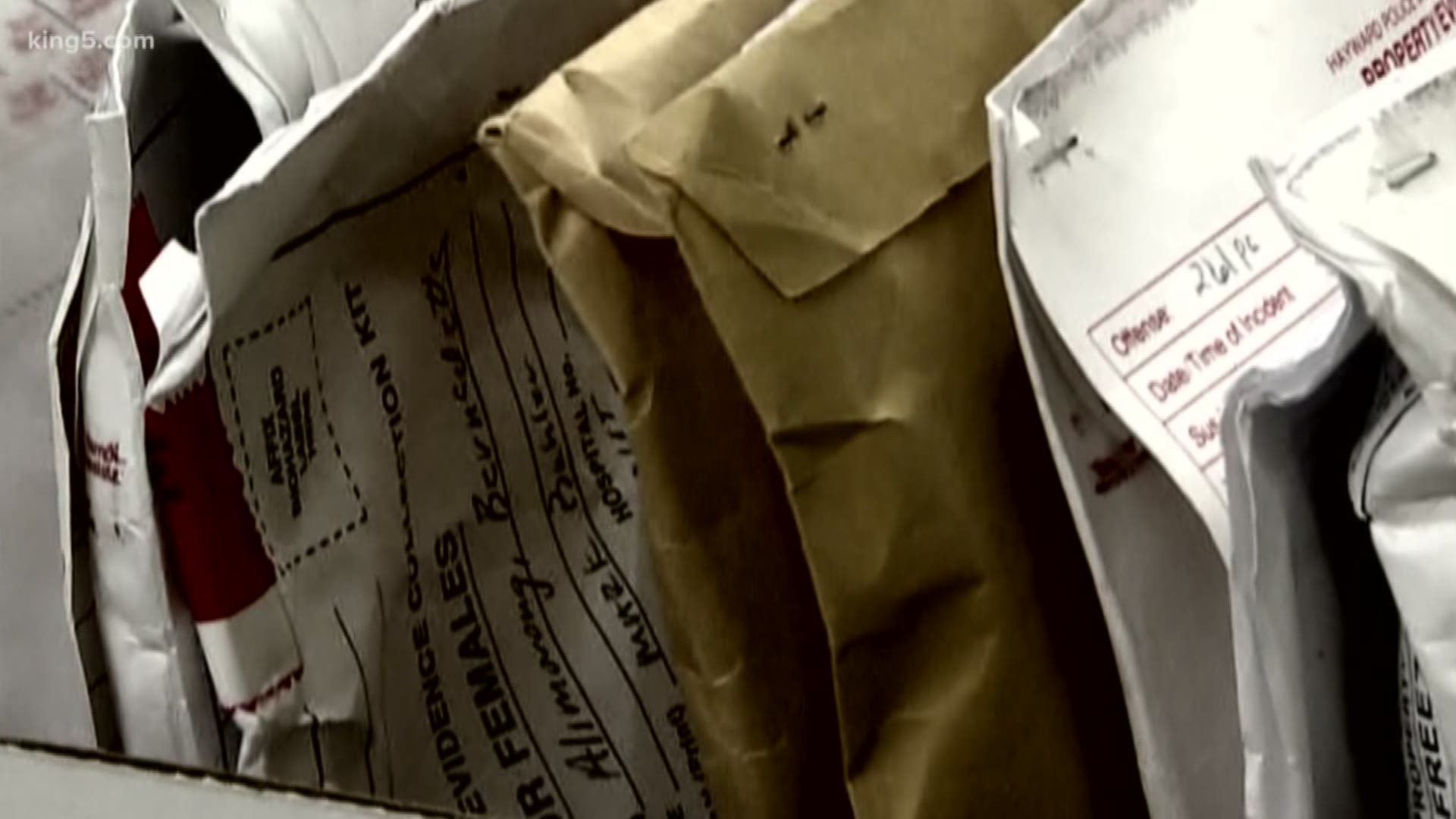 The Ohio State Attorney General's Office made headlines earlier this year for clearing its rape kit backlog, testing more than 13,000 sexual assault kits, resulting in charges being filed against hundreds of suspects.

“(Ohio) has done a remarkable job,” said Representative Tina Orwall, D-Des Moines, one of the lead lawmakers working on Washington’s ongoing backlog. “They started a number of years ago, and I think they're a leader in the nation that we really need to learn from.”

Rep. Orwall wants Washington to learn from Ohio's success, specifically the setup and technology used in their crime lab to more efficiently test the kits.

“They found a way to kind of divide the labor up on a sexual assault kit and do a more expedited testing. And I think we're committed to saying, ‘Can we do a similar model and what would it take to get the right equipment and resources to move forward?’” said Orwall.

Representatives Orwall and Gina Mosbrucker, R-Goldendale, visited the state’s crime lab on Wednesday to get a progress report on the continued sexual assault kit backlog, estimated at around 10,000 older kits.

Washington State Patrol (WSP), which runs the lab, says only 3,025 have been sent for testing. Nearly 1,500 have completed testing. WSP says the older kits are sent out to a private lab for testing, a process that takes an average of about one year.

Newer kits take even longer, according to WSP, an estimated 539 days. If a kit is deemed high priority, the average turnaround time is around four months, according to a spokesperson.

Law enforcement and lawmakers have raised concern about the possibility of new crimes being committed during the period of time it takes to test the DNA, especially if the perpetrator is a serial rapist.

Of the older backlog, 500 cases were uploaded to the federal DNA database known as CODIS, resulting in 160 "hits," meaning around 35 percent of the cases were linked to other crimes.

"That's concerning. It reminds us why it's so urgent to get them tested and in a timely manner,” said Orwall.

Orwall says next legislative session she will ask for more resources, potentially new equipment, and several more lab staff. She estimates the cost at more than $6 million, but Ohio prosecutors say their system has saved them money in the long run and likely prevented new crimes.

“When you think about public safety and making sure we're protecting victims and anyone vulnerable in the community, you really can't put a price tag on that,” said Orwall.

Seattle Police need the public&#39;s help to identify a man suspect of raping three women in 2014.

A newly released Seattle case highlights the urgency of accelerating testing. A suspect identified in the composite sketch above has been linked to three separate assaults in 2014. Police sent DNA evidence to the crime lab in 2015. However, the results were not returned until 2017, two years later.

When asked about the significant delay, the state crime lab said Seattle police did not provide all of the needed documentation initially, nor indicate the cases required a rush.

“They were submitted at the lowest levels of priority, with no indication of time value or immediate, ongoing threat to public safety,” they said a statement. "These kits are part of what WASPC estimated to be more than 6,000 previously untested SAK’s that law enforcement agencies have on their shelves."

The Seattle Police Department released the following statement about the case:

“Each and every sexual assault kit is important to us. While we have the ability to request ‘rush’ testing in active cases, a lack of ‘rush’ testing in no way diminishes the underlying urgency in testing this critical evidence, proven by the fact that three previously untested sexual assault kits from 2014 were recently linked to the same assailant.”

Police are still looking for leads in the Capitol Hill case. If you have information, please call the Sexual Assault Unit at (206) 684-5575.