If agents say you are being detained, it is your right to ask to see a judicial warrant. If they do not provide one, ask if you're free to go. 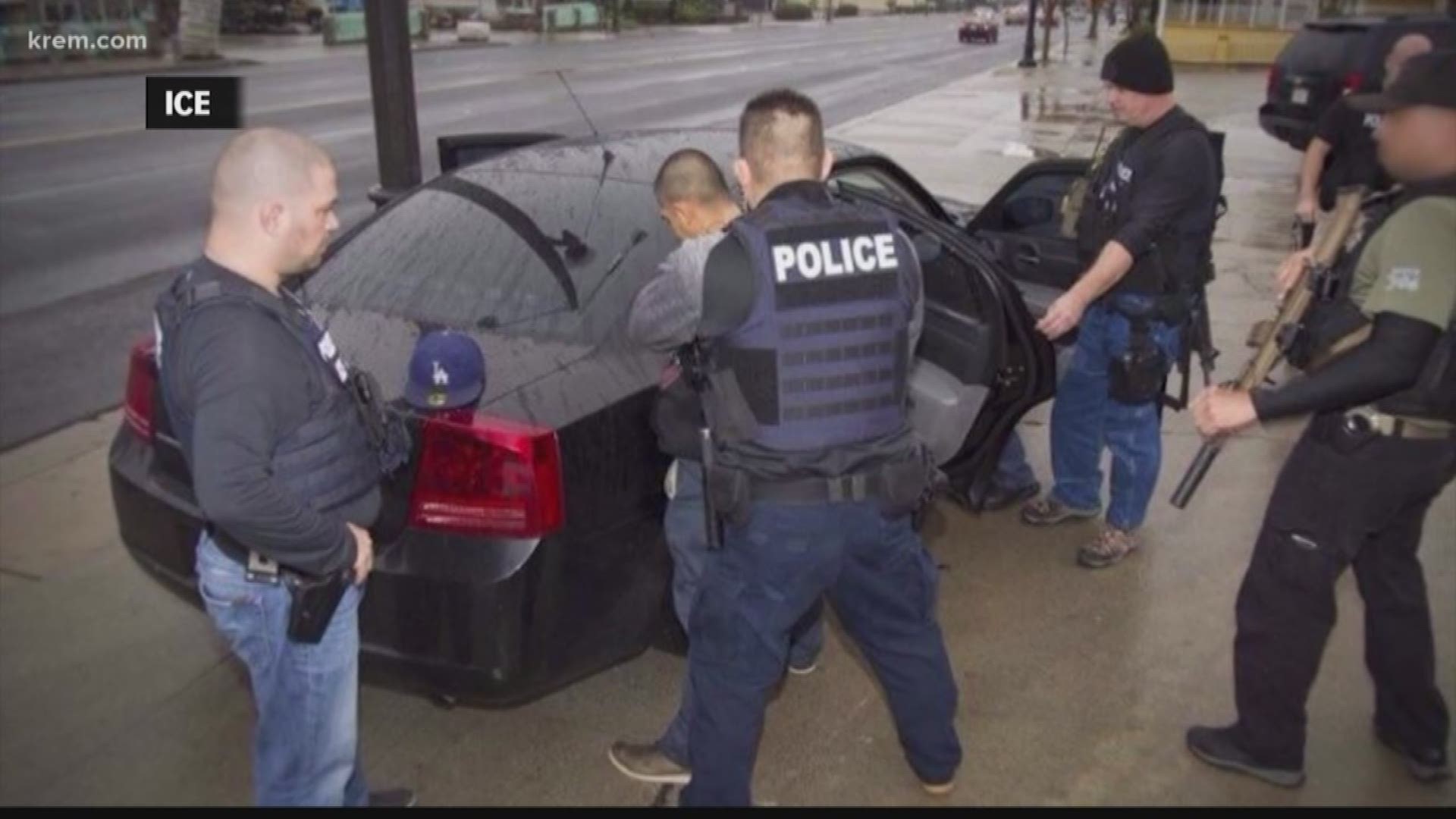 SPOKANE, Wash. — ICE raids on thousands of undocumented families are set to begin this Sunday, according to a new report. According to the New York Times, particular cities will be targeted, including San Francisco, Houston, Denver, Miami, New York, Baltimore, Chicago and Atlanta.

Monserrat Padilla is a coordinator at Washington Immigrant Solidarity Network. She hopes the organization will be a resource to those who may be affected.

"You can ask any community member and they will tell you that most likely the last time they saw an ICE agent and how their families were paralyzed in fear -- regardless if they had status or not," Padilla said.

ICE has declined to provide specific details on how the raids will be executed.

But in a statement, an ICE spokesperson said, "All of those in violation of the immigration laws may be subject to immigration arrest, detention and if found, removable by final order -- removal from the United States."

RELATED: US deportation raids could start this weekend in 10 major cities

Padilla said they expect the ICE agents to target places of work and homes. She offers a few steps to keep in mind if someone is approached by an ICE agent.

She first encourages calling the organization's community hotline right away to walk you through your rights. (1-844-724-3737).

Then, ask the agents if you are being detained and if you are free to go.

If the agents say you are being detained, it is your right to ask to see a judicial warrant. If they do not provide one, ask if you're free to go.

Most importantly, she said it is important to not resist arrest.

"Never resist arrest, never run away from the situation," Padilla said. "I know that can be some scary moments, but being able to articulate your rights will be used as a defense for yourself."