‘We are on a razor’s edge’: Hospitals nearing crisis standards with staff burnout, abuse from patients 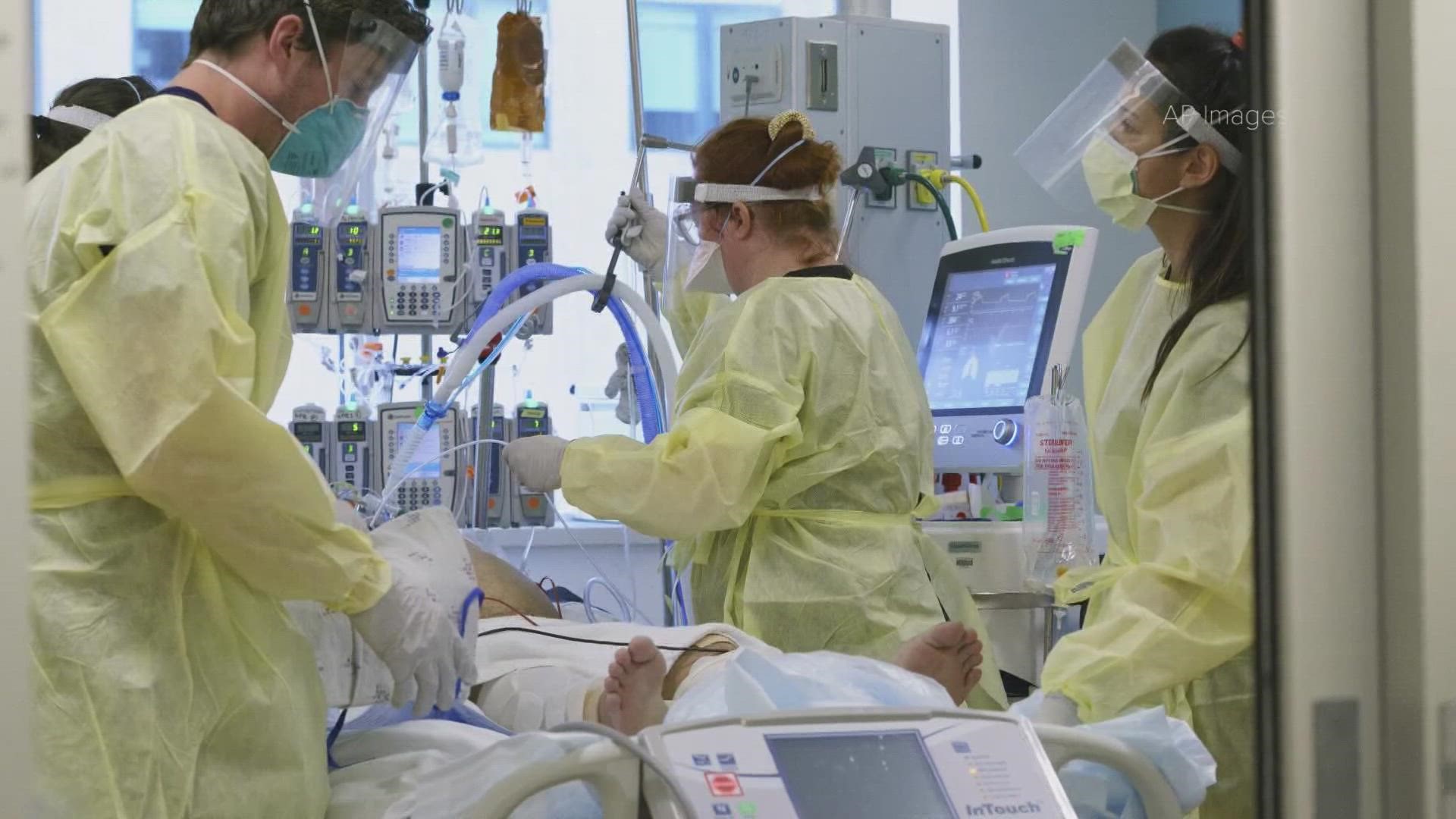 BELLEVUE, Wash. — There may be a faint light at the end of the tunnel, but it's a very long tunnel according to Dr. Todd Freudenberger at Overlake Medical Center in Bellevue.

Freudenberger and his staff have been enduring the fifth wave of COVID-19 for several months, and it is causing extreme exhaustion and burnout.

"I've never seen anything like it," said Dr. Freudenberger. "It's particularly bad among our nursing staff."

He said the start of every day involves assessing how short of staff they will be, and how they will staff a constant influx of new COVID-19 positive patients.

Unlike Idaho, Washington state has not declared what's called 'crisis standards of care,' which is a decision that would force health care providers to systematically ration care because of a lack of space and resources.

"We are on a razor's edge of that," Dr. Freudenberger. "That would get at the very core of what we do as health care providers."

The hospitalization rate in Washington appears to be plateauing on average, but the rate of infection is still nearing all-time highs.

"We just know we have to, you know, put our heads down and move through this because it’s our job. It’s what we think we’ve been put here for,” Freudenberger said.

The latest data from the DOH shows that the seven-day rolling average of cases has begun showing signs of decreasing in recent days.

The COVID-19 vaccine remains the most effective way to prevent infection, according to health experts, and it is even more effective in keeping COVID-19 infection mild enough to stay out of the hospital and prevent death.

Cassie Sauer, CEO of the Washington State Hospital Association (WSHA), said Monday during a briefing that she is cautiously optimistic about the recent decline in cases and hospital admissions.

However, she said that in June and July, there was no way of knowing that things would be worse than ever through August and September.

Dr. Radha Agrawal with Overlake Medical Center said that treatments for unvaccinated patients in the hospital have shown signs of being less and less effective.

While crisis standards of care have not been declared by the Washington State Department of Health, Sauer said that hospitals are already "to a degree" rationing care due to the large number of surgeries that have been canceled.

These procedures include heart surgeries, cancer surgeries and spinal surgeries.

Everyone is also urged to get the flu vaccine as temperatures begin to drop. If flu levels are higher than last year, when they were unusually low, it could put hospitals over their limit, Agrawal said.