Washington Governor Jay Inslee is likely to announce his candidacy for president in the coming days, according to multiple sources who spoke with KING 5 on Wednesday. 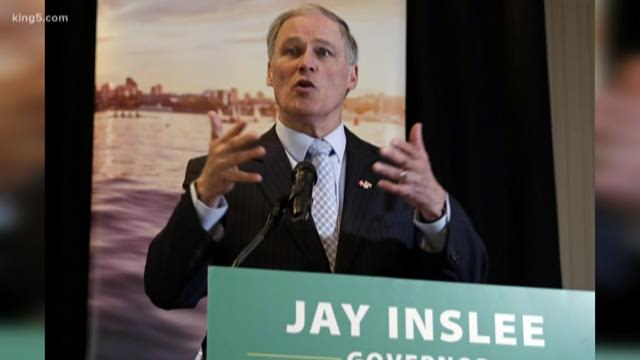 Washington Gov. Jay Inslee is likely to announce his candidacy for president in the coming days, according to multiple sources who spoke with KING 5 on Wednesday.

Inslee, a Democrat currently in his second term as governor, has traveled to Iowa and New Hampshire in recent months and has publicly said he is considering a run that would be focused around the issue of climate change.

Last fall, a political action committee called Vision PAC was established and funded with $100,000 to support Inslee’s travel as he explored the possibility of a White House run. Many of the donors were Washington state residents with a history of supporting Inslee and other Democrats.

Inslee on Wednesday did not answer when a KING 5 reporter asked him at the state capitol in Olympia about a potential presidential campaign. 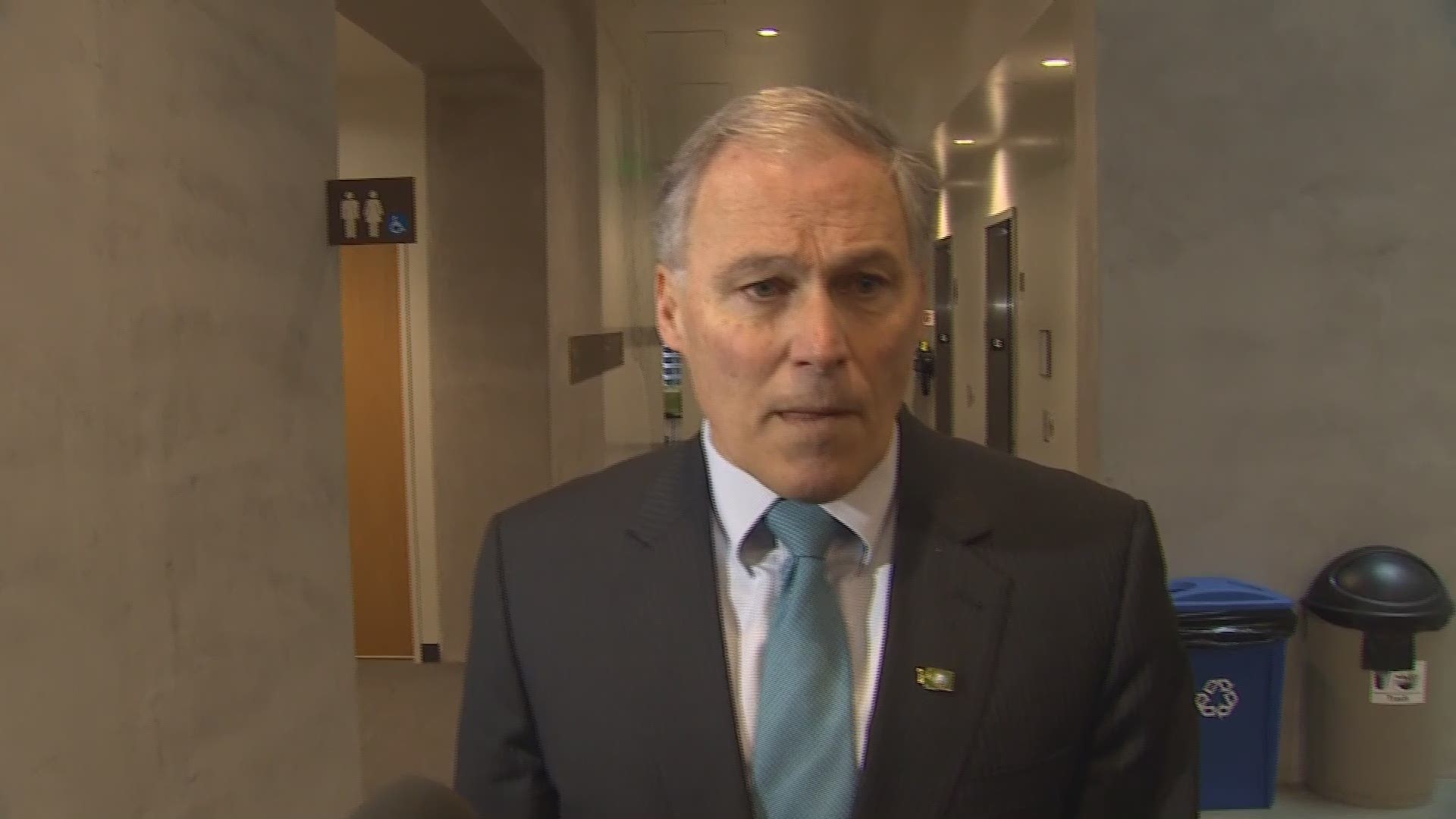 Inslee would enter a crowded Democratic field for the 2020 party nomination. Already, five Democratic senators have declared their candidacy, and former vice president Joe Biden is said to be seriously weighing a bid.

“After a 7 year record of mismanagement and misplaced priorities, Governor Inslee is announcing his longshot bid for the Presidency. Inslee’s tenure as Governor has been marked by scandals at the Department of Corrections, Western State Hospital, a rapid rise in homelessness, and worsening traffic congestion. Governor Inslee’s signature efforts have been rejected by the voters of Washington State, including his most recent energy tax scheme that was voted down with more than 56% of the vote.

“Governor Inslee has said that ‘Senators orate and Governors govern,’ which is ironic given that Inslee prefers pontificating to governing.

“Taxpayers are plagued by real issues that Inslee and his administration refuse to address. Governor Inslee should do the people of Washington State a favor and resign while he pursues his vanity run for the White House. That way, we can have a governor who actually cares about the needs of the people in this Washington."

No Washington state politician has formally entered a campaign for president since 1976, when Sen. Henry “Scoop” Jackson competed for the Democratic nomination ultimately won by Jimmy Carter, then the governor of Georgia.

Inslee has made climate change and renewable energy key to his campaigns for governor. Writing last month in The Washington Post, Inslee said the country’s “next president must summon the full energies of our nation to realize what the science is demanding of us. We must strive to achieve net-zero carbon pollution by midcentury, create a 100 percent clean-energy grid, and deploy new strategies and massive investments to transition off fossil fuels and decarbonize transportation, buildings and industries.”

But so far in Washington state, Inslee and supporters have been unable to pass a key policy aimed at spurring the renewable energy industry. The legislature rejected an Inslee plan for a carbon tax during his first term, and voters rejected a statewide ballot initiative to create one in 2016.

"Everybody is concerned about climate change, it's been his issue for more than a decade and he's not going to let anybody have it," Lowe explained.

The issue could help him stand out against fellow Democratic candidates but he does face some challenges. “We are the corner of the country and he has a great issue but he needs to get out in Iowa and New Hampshire, in particular, and then the states coming up afterward,” Lowe said.

A presidential campaign would likely mean extensive travel but Lowe doesn't foresee problems at home or any executive neglect.

"He'll be on the road but you can do a lot of things on the road as Governor.” Lowe went on to say that Inslee has good support in Olympia, "We're in session and I imagine that he'll be flying back to sign legislation.”

An official announcement is expected to come Friday and, according to Lowe, the timing is right.

“We are looking at an Iowa caucus in January and we're already in February so we're 11 months away,” he explained.  “So, if that's really your first important race, right now is when you need to get in there.” 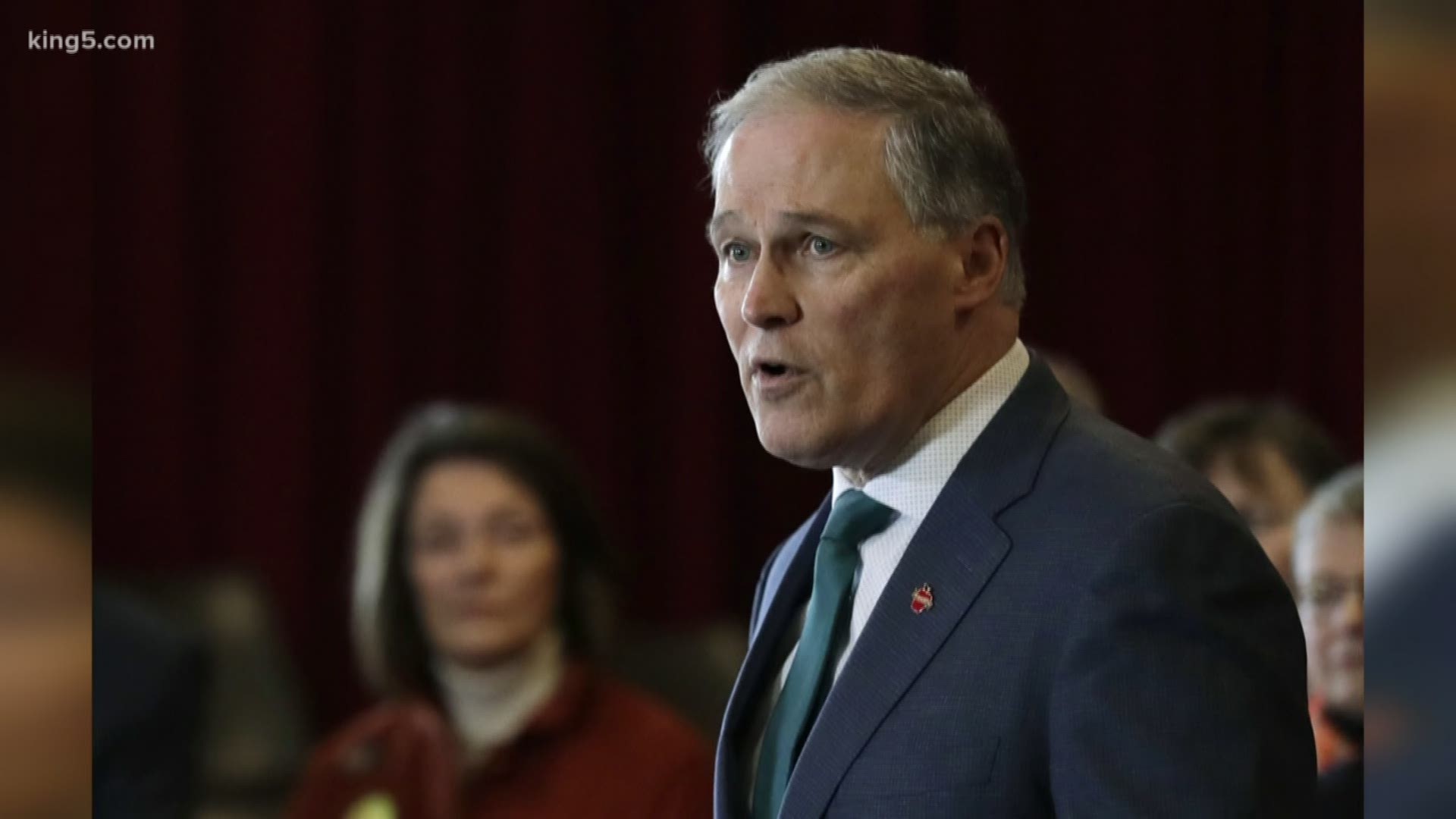