The resident says a Monroe firefighter turned their stressful night into a memorable one. 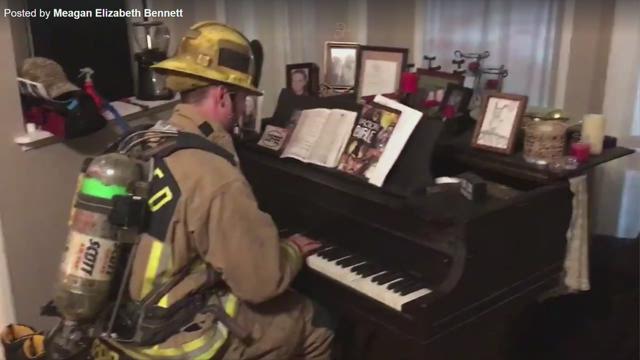 A firefighter from Monroe, Washington helped calm residents after a stressful night of emergency calls - with a serenade on their vintage piano.

Greg and Meagan Bennett were home when one of their carbon monoxide alarms went off. They checked the batteries and the alarm stopped. But two hours later, the other alarm sounded, so the couple called for help.

An emergency crew arrived, but found conflicting readings from the alarms and decided to call for backup. Meagan says a second crew responded to their home, and all of the excitement proved too much for the couple's dogs. She took them outside while 5 firefighters and EMTs kept working inside her home.

As the emergency call was finally wrapping up, firefighter Bryan Kerr inquired about the couple's piano, which was a family heirloom from 1920. He asked if he could try playing it, then surprised everyone with a snippet from Coldplay's "Clocks." Greg recorded video so he could show Meagan when she returned with the dogs.

She tells KING 5: "It started out as a super stressful, annoying situation and this just really made our night. It was awesome!"

Thanks to Firefighter Kerr and Snohomish County Fire District 7 for keeping residents safe AND entertained.