Cannabis-infused candy could soon be phased out at Washington pot shops. 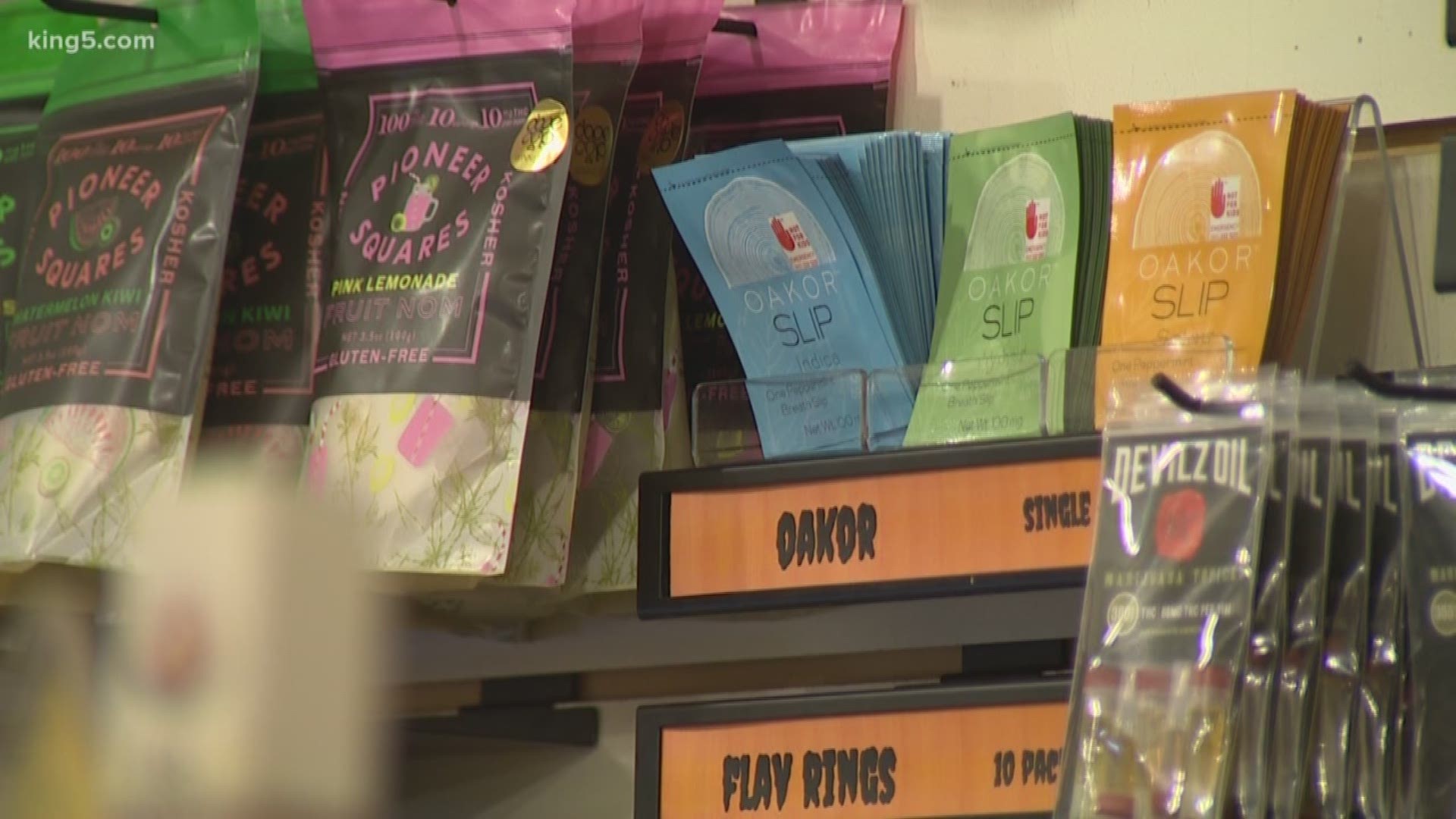 At pot shops in Washington state, some popular products could soon be banned from store shelves. The Washington State Liquor and Cannabis Board is re-evaluating marijuana-infused edibles.

"I think curbing all of the edibles the way that it sounds like they want to curb them is unnecessary," said Paublo Smith, who works at Pot Shop in Seattle.

"It was an unwarranted surprise to the industry," said Andy Brassington, the Chief Operating Officer of Evergreen Herbal, a manufacturer of cannabis infused edibles.

Brassington found out days ago that the state's Liquor and Cannabis Board, based on recent concerns by the board, stakeholders and the public, decided to re-evaluate previously approved items.

The board found "marijuana-infused edibles that could be deemed especially appealing to children."

On the Liquor and Cannabis Board's website it states, "hard candy, tarts, fruit chews, colorful chocolates, jellies and gummy type products should cease." The board adds that they "will give until April 3, 2019 to sell any product on hand."

"It would be most unfortunate for the consumers and the patients in the state of Washington that are eligible and firmly entitled to have these legal products," said Brassington.

RELATED: Washington could crack down on pot candies

He says there is already an abundant array of rules that regulate the industry.

Smith worries about the local manufacturers of edibles.

"They have made a great product that does really well in our store," says Smith. "That's their bread and butter, that's what they do."

Smith sees a burden on businesses that have been following rules while the Liquor and Cannabis Board sees a risk to public safety.

The Liquor and Cannabis Board will host a webinar and answer questions regarding edibles on October 16th.