Organizers submitted signatures to put a carbon fee initiative on the November ballot. 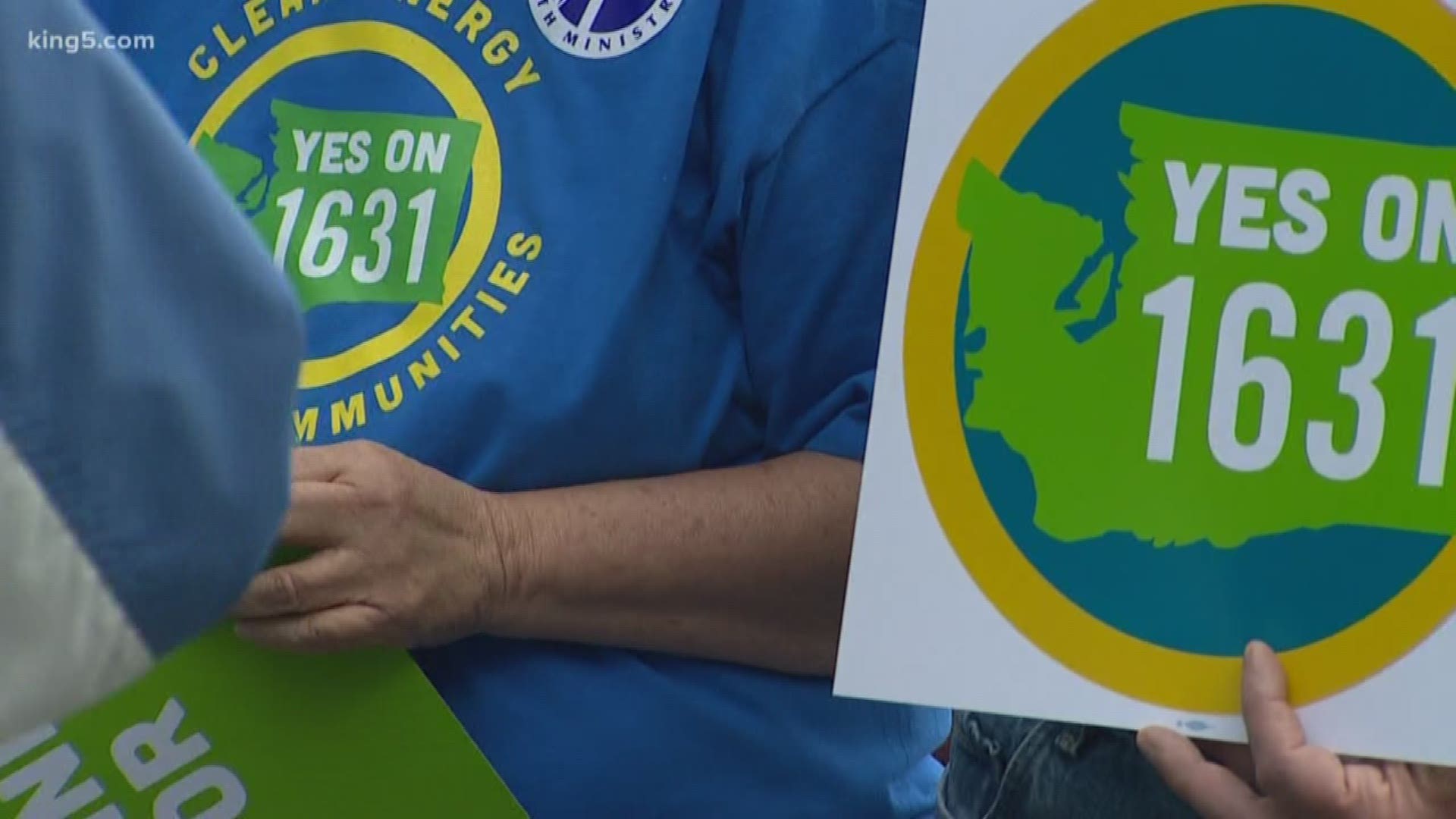 Supporters of a new initiative aimed at fighting climate change drove to Olympia in an electric bus on Monday to drop off the needed signatures to put the measure on the November ballot.

“I think all over America, people are recognizing the urgency of doing something about climate change and recognizing that we can't wait for Congress to act, because we've waited 30 years and we've run out of time,” said volunteer Don Steinke of Vancouver, a retired science teacher of more than 40 years.

Organizers estimate they collected around 375,00 signatures, overall, well over the amount needed.

“I think the energy we're feeling here today is just a hunger to see taking steps forward on reducing pollution and building clean energy for Washington,” said Becky Kelley of the Washington Environmental Council. “People are ready for it.”

Initiative 1631 would charge a fee of $15 per ton on carbon emissions starting in 2020. That fee would increase $2 each year until greenhouse gas reduction goals are met.

According to the initiative, 70 percent of the revenue raised would be invested in clean energy, the remaining money would go towards preserving clean water and forests, as well as the communities especially impacted by carbon pollution.

“We don't need a massive new tax increase that specifically targets working families and low-income families when we already have enough money to do all those things,” said Republican State Senator Doug Ericksen of Whatcom County.

Critics of the initiative question whether carbon reduction targets will be met.

“You’re going to see people, jobs flee Washington state. whether it's to Montana, Wyoming, or China, this initiative will result in big job losses in Washington state,” said Sen. Ericksen.

However, supporters of the initiative counter that jobs will be created in building up a clean energy economy.

“We have a tremendous amount of work to do to build a clean energy economy in Washington, and that work means jobs,” said Becky Kelley.

Similar to Governor Inslee’s carbon proposal that stalled earlier this year, I-1631 also includes exemptions for trade-dependent businesses such as aluminum and steel, as well as an exemption for aviation fuel.

“I’m really excited about our chances in November, but it’s going to be a tough fight. The oil industry has lot of money, has a lot of power,” said Kelley.

It’s a debate that played out in the state legislature and will now ultimately be left up to voters. The Secretary of State’s Office must still verify the signatures turned in Monday.