The lawsuit filed against the drugmaker Johnson & Johnson claims the company is one of the largest suppliers of raw materials used to make opioid pain medications. 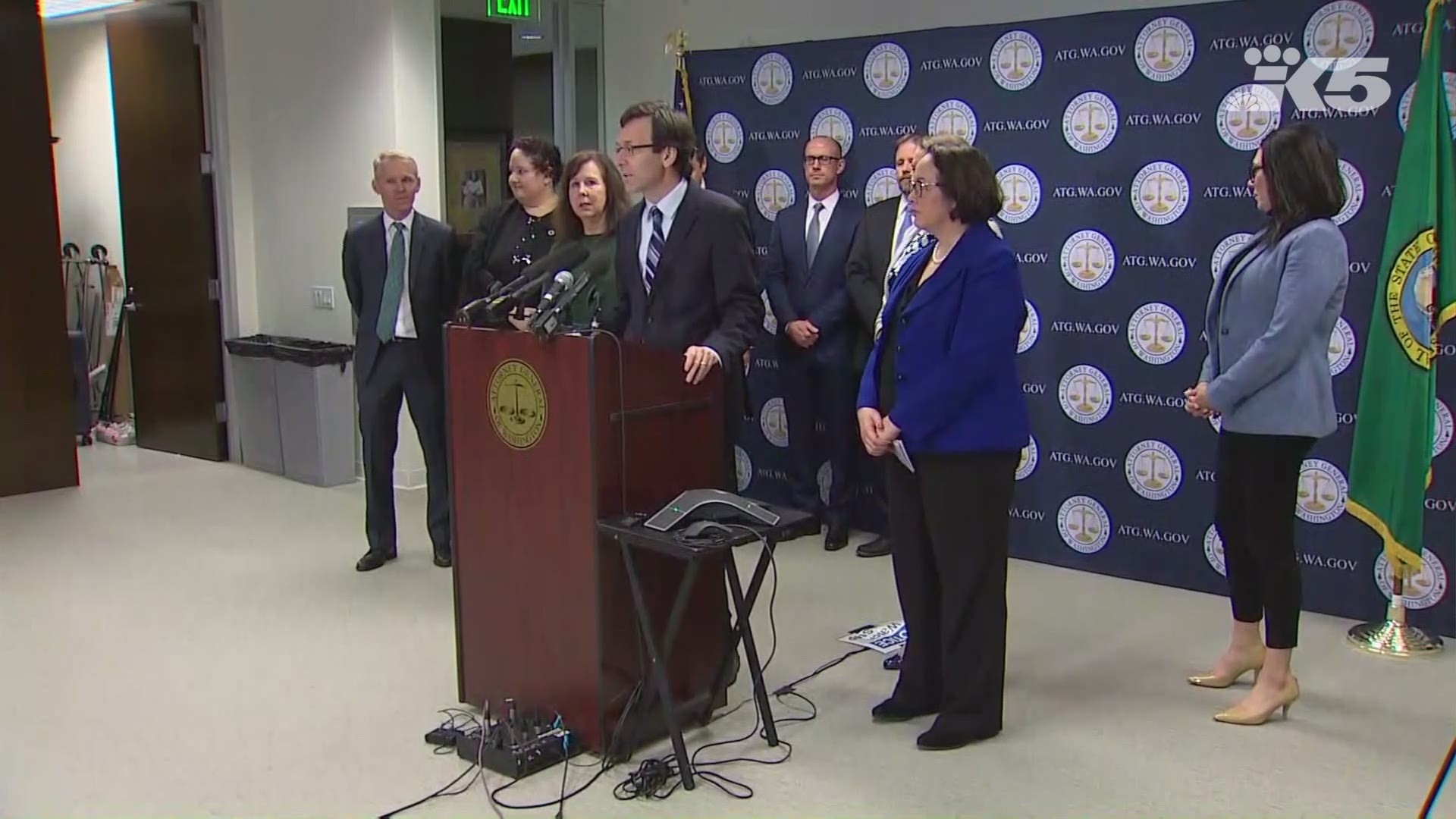 The lawsuit filed against the drugmaker Johnson & Johnson claims the company is one of the largest suppliers of the raw materials used to make opioid pain medications. The company, therefore, has played a key role in driving the entire pharmaceutical industry to expand the use of prescription opioids, Ferguson claimed.

The lawsuit, filed in King County Superior Court, also claims Johnson & Johnson “deceptively” marketed the long-term use of opioids at high doses without documented evidence of their effectiveness and ignored the risks of its drugs.

Ferguson said the goal of this litigation, besides civil penalties and damages, is to have a judge order Johnson & Johnson to give up the profits it made in Washington state as a result of their "illegal conduct."

“Johnson & Johnson has made billions through its sale of opioids and the raw materials it sold to other companies, we expect Washington’s share to at least be in the millions," Ferguson said.

The money would go towards funding education, treatment, and prevention of opioids in the state, Ferguson said.

This is not the first time Washington state has taken on opioid manufacturers.

In 2017, Ferguson filed a lawsuit against Purdue Pharma, the maker of Oxycontin. That case has still not gone to trial, but last year Ferguson would not agree to a settlement with the company.

In March 2019, Ferguson also filed a lawsuit against the three largest distributors of prescription opioids in Washington state. That case is expected to go to trial later this year.

Johnson & Johnson did not immediately respond for comment on the lawsuit.