The state would join environmental groups and the Suquamish Tribe in the lawsuit against the Navy for polluting Puget Sound. 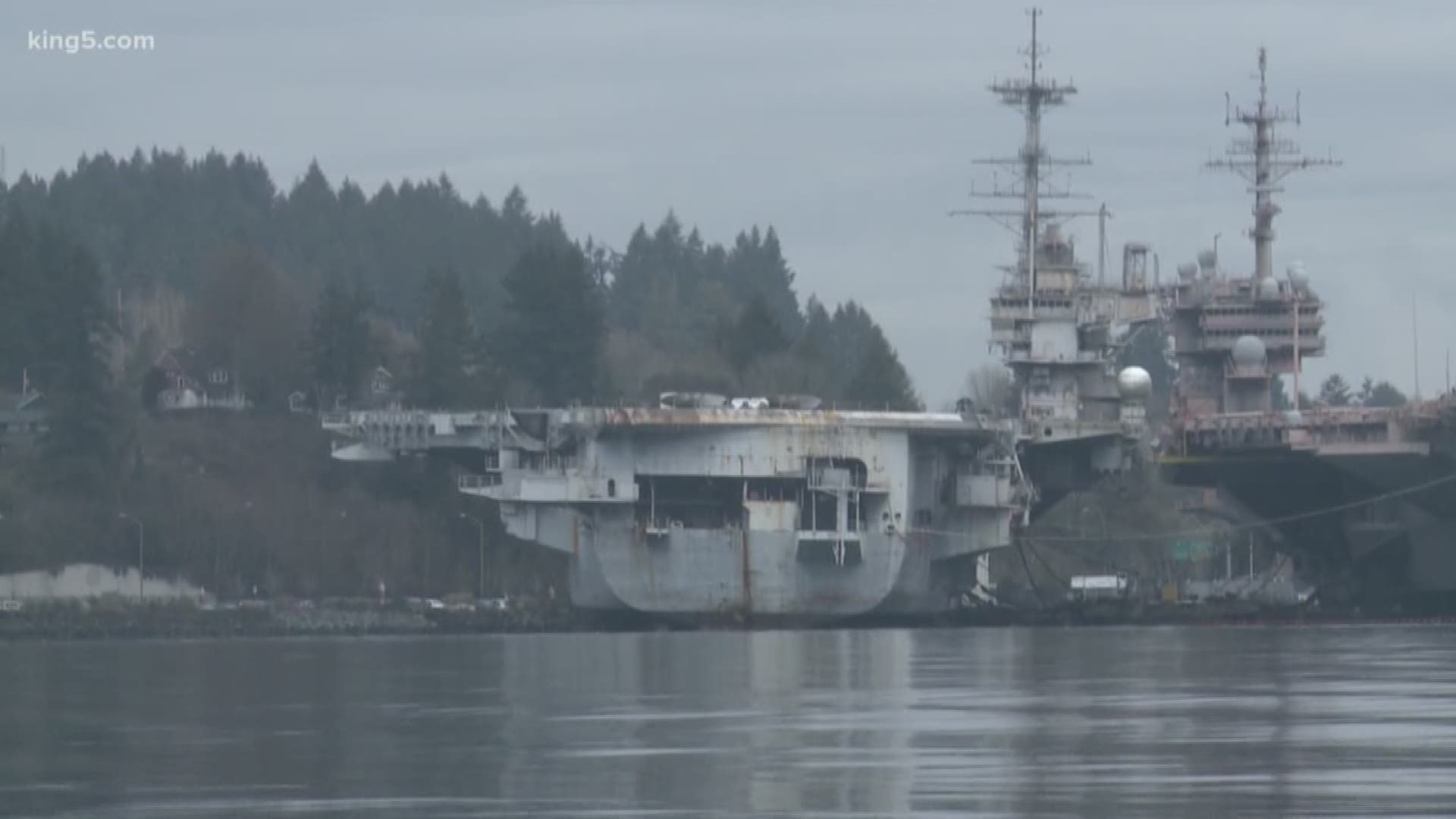 On Wednesday, Ferguson filed a motion to join a 2017 lawsuit filed by the Puget Soundkeeper Alliance, the Washington Environmental Council and the Suquamish Tribe against the Navy.

Ferguson said in 2017 the Navy scraped debris off the hull of a 60,000-ton decommissioned aircraft carrier prior to transport at the Puget Sound Naval Shipyard in Bremerton. In doing so, Ferguson said the Navy released approximately 50 dump truck loads of solid material into Sinclair Inlet.

Ferguson said the Navy ignored advice from the U.S. Environmental Protection Agency and the Washington State Department of Ecology and took no precautions to contain all of the copper and zinc-laced paint that came off in the process and sank to the bottom, polluting Puget Sound.

“It impacts marine life in a whole host of ways,” Ferguson said. “But once you impact that ecosystem, it goes right on up to include salmon and ultimately orcas as well."

Ferguson previously gave the Navy a 60-day notice that if it didn't begin cleanup, he'd join the suit.

Another decommissioned carrier, the USS Kitty Hawk, is scheduled for similar cleaning that could further pollute the Sound. Ferguson is trying to prevent that.