Seattle has around $21,000 in school lunch debt. If a parent is unable to pay, no child goes hungry. But the student will not be given the full meal like their peers. 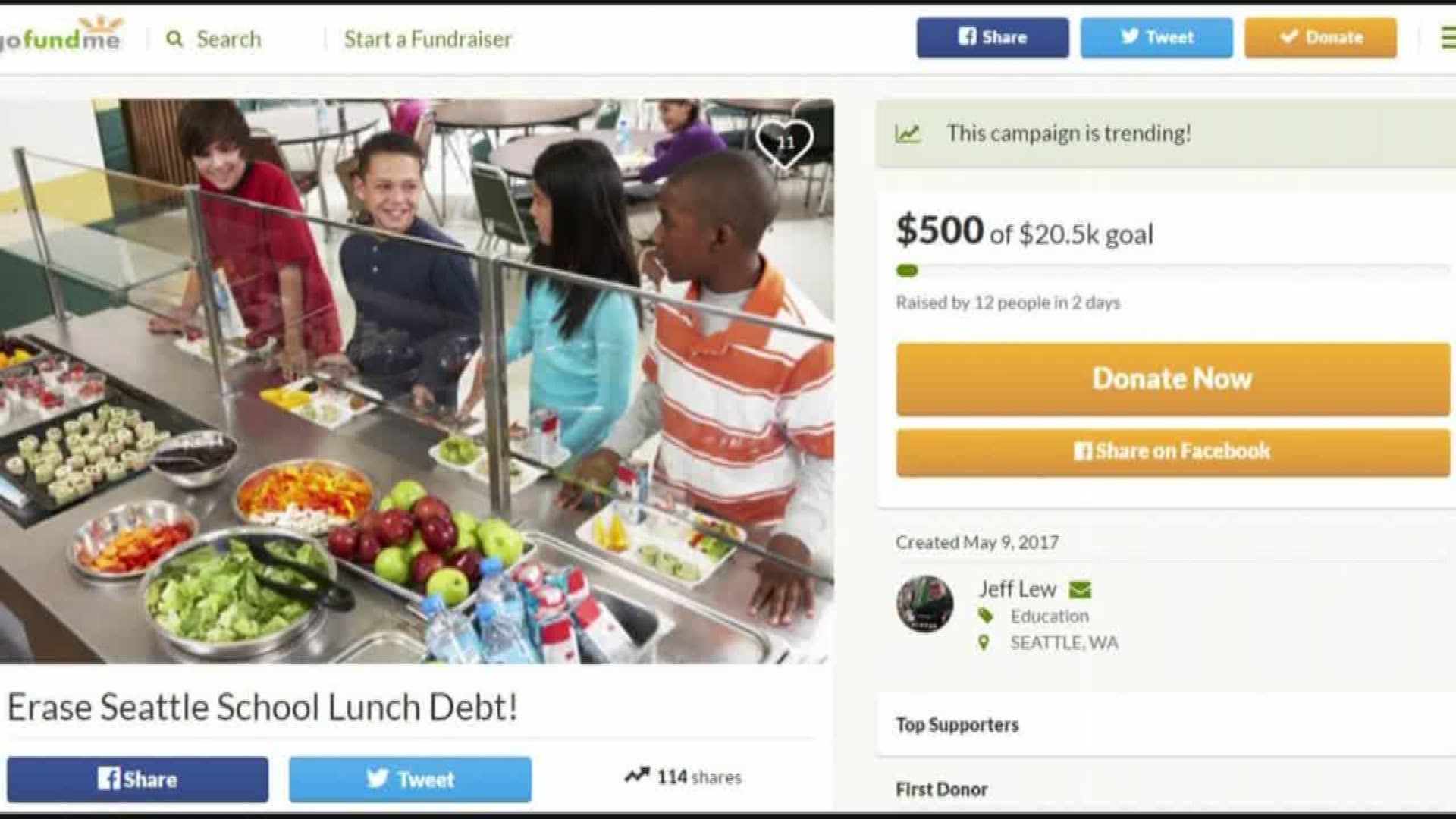 A Seattle parent on a mission to erase lunch debt across the Seattle school district has accomplished his goal!

On Saturday, Jeffery Lew said they hit their goal of raising $21,000.

"WE DID IT!!! We just hit our goal of $21,000! Big THANK YOU to the generous donation by Safeway Foundation!

Thank you to all of you who donated to and shared this amazing campaign! You are truly amazing!" an update on their GoFundMe page said.

"You may ask "What's next?" I'm keeping this campaign page open if people would like to keep donating. I'm working on another idea regarding school lunch debt. Stay tuned!'

Lew had started a GoFundMe fundraising effort with a goal of paying off the $97 lunch debt at his own child's school. After reaching that goal, he expanded.

"Who knows how much some children should owe, but food shouldn't be a worry for a parent," Lew said.

Seattle had around $21,000 in school lunch debt. If a parent is unable to pay, no child goes hungry. But the student will not be given the full meal like their peers.

So-called "lunch shaming" has gained national attention after some incidents in states like Alabama and Arizona where students had their arms stamped with "I need lunch money."

"That just inspired me to act. It's worth a shot," Lew said. " I used to love school lunches growing up. Seeing kids that don't have it, is just awful."

Many school districts have had parents donate to help pay off school lunch debt. The Bellevue School District reports $2,550 in donations to date. It still has $16,148.41 in lunch debt. Tacoma reports around $12,000 in school lunch debt while Everett students owe around $4,000.