Ten years ago, the great recession and subprime mortgage crisis brought down Seattle-based Washington Mutual. It became the largest bank failure in American history and altered the course for its hometown of Seattle and even down the road in Tacoma. 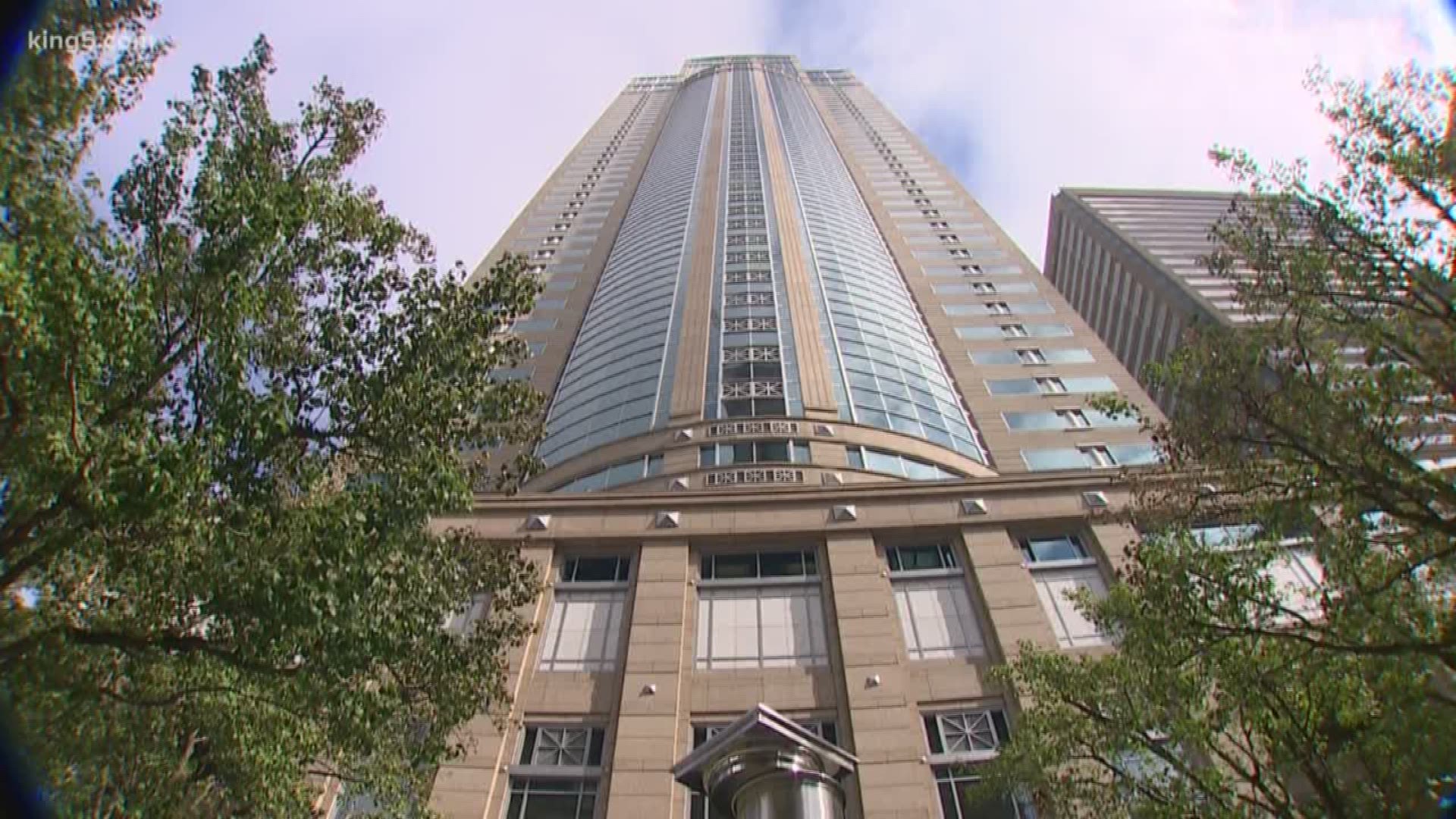 Ten years have passed, and the reverberations continue.

It was this week in 2008 when Washington Mutual (WaMu) collapsed in what was the largest bank failure in U.S. history.

WaMu was considered one of Seattle's blue-chip employers as its Tower and Center stood out on the city's skyline. They now stand as a reminder of the impact on two local cities.

"I'd never seen anything like it," Craig Kinzer acknowledged sitting in his South Lake Union office Wednesday. "It was an incredible time across the country and here in Seattle."

WaMu was swept up in the real estate collapse and the subprime mortgages fiasco. It also employed more than 3,000 people at the Tower and neighboring WaMu Center.

"It was the crowning jewel for Washington Mutual," said Kinzer, who helped broker the sale many thought was a rescue attempt for the Seattle economy.

Kinzer had been working months before the collapse with Russell Investments, which was founded and employed 900 people at their similar named facility in downtown Tacoma. Russell, at the time, had a parent company with ambitions to diversify staff and boost production. Their CEO says Kinzer, "said I want to be in a city with a lot of energy."

Chase, which was swallowing up WaMu assets, wanted out of the Center and sold it to Russell for what Kinzer says was "thirty cents on the dollar." It meant leaving their building on Tacoma's 'A' Street, and the city it had called home for seven decades.

"There had been rumblings" prior to the move, said Ellen Walkowiak, who is Tacoma's Assistant Director of Community and Economic Development.

Walkowiak said it was top of mind for many city staffers when she first came to Tacoma 11 years ago, given it was downtown's top private employer. Walkowiak says the city had concerns after Northwestern Mutual purchased Russell, and then became an out-of-town owner.

The move was made worse because Russell had a lease which didn't end until 2013. State Farm then filled the spot with 1,400 employees, but just announced recently that it too will pull out of the space.

Walkowiak says the city and Pierce County are already pursuing companies to fill the space, but the situation is different than it was when Russell first pulled out.

"We have one billion in private investment in the pipeline here," said Walkowiak, noting a decade ago the public spending, versus private, was substantially different.

The pendulum has swung the other way.

"Changes in markets always happen, it's how you respond that makes a difference," she said.

"At the time Tacoma did not get it," said Kinzer. "If you go to Tacoma now, I'm so impressed with what they've done. I think Tacoma is kind of a diamond in the rough, and this was a wakeup call."

Washington Mutual CEO Kerry Killinger, who presided over the company during the downfall, expressed his sorrow before Congress after the collapse. Earlier this month on CNBC, he told a different story.

"I cut our lending 75 percent over four years. We cut out all our Sub Prime. I laid off 15,000 people, and it raised $9 billion of new capital," Killinger said in the rare interview. "We didn't appreciate what would happen to the liquidity."

"We underestimated the political will," he added.

Kinzer again helped Russell, and the parent company Northwestern Mutual, sell the Center in 2012 for $480 million, but the Russell Investments name still stands.

Zillow is now a major tenant, and Kinzer says that has helped serve as a model for others.

"That was the start of tech firms coming downtown and being in high rises," he said, noting how Amazon and others followed Zillow's lead after seeing how that company recruited and attracted top talent.

They are continued reverberations to the economic quake of ten years ago.