The 28-year-old man and his wife were hiking at Palouse Falls on Tuesday afternoon when a rock dislodged from above him, authorities said. 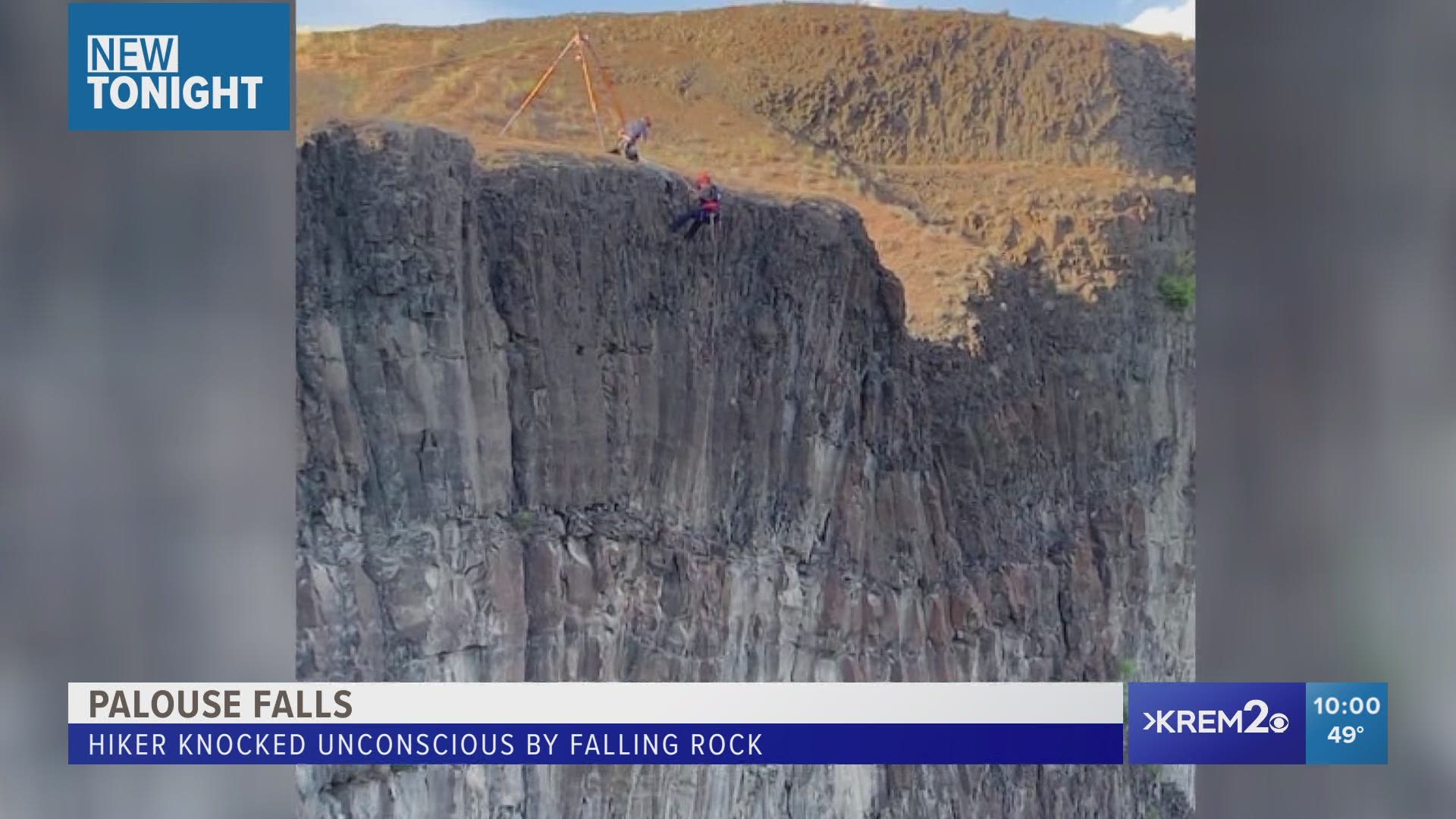 FRANKLIN COUNTY, Wash. — A 28-year-old man from Walla Walla was rescued and flown to a local hospital on Tuesday after he was knocked unconscious by a football-sized rock at Palouse Falls State Park in Eastern Washington.

The man and his wife went on a hike at Palouse Falls on Tuesday afternoon, according to a Facebook post from the Franklin County Sheriff's Office. When they neared the bottom of the falls, a rock described as being the size of a football dislodged from above the man and struck him on the head. He was unconscious after he was struck, the sheriff's office said.

Weather conditions prevented Life Flight from getting a helicopter down to the hiker's location, so he was "hoisted out by pure muscle" supplied by Columbia Basin Dive and Rescue, Pasco Fire, Franklin County Fire, the Franklin County Sheriff’s Office and others, according to the Facebook post. Other hikers also helped the man.

The man was then flown to a local area hospital for treatment. According to the sheriff's office, he was conscious and alert during his transport.

The sheriff's office reminded visitors in its Facebook post that "Palouse Falls is a beautiful location where many people can enjoy the wonders of nature and breathtaking scenery", but "the cliffs and the river are unforgiving to mistakes, missteps, and inattention."

Cade Prophet, a 25-year-old man from Spokane, fell into the river at Palouse Falls State Park in 2018 after losing his footing and slipping from a cliff, officials from Columbia Basin Dive and Rescue said. They said he fell 40 feet and then rolled into the river.

Washington State Parks officials said in June 2018 that they would add more warning signs and fencing at Palouse Falls after three people died in the falls within one year.