Many people are still waiting for benefits as the Washington State Employment Security Department sorts through both large scale fraud and a surge in claims. 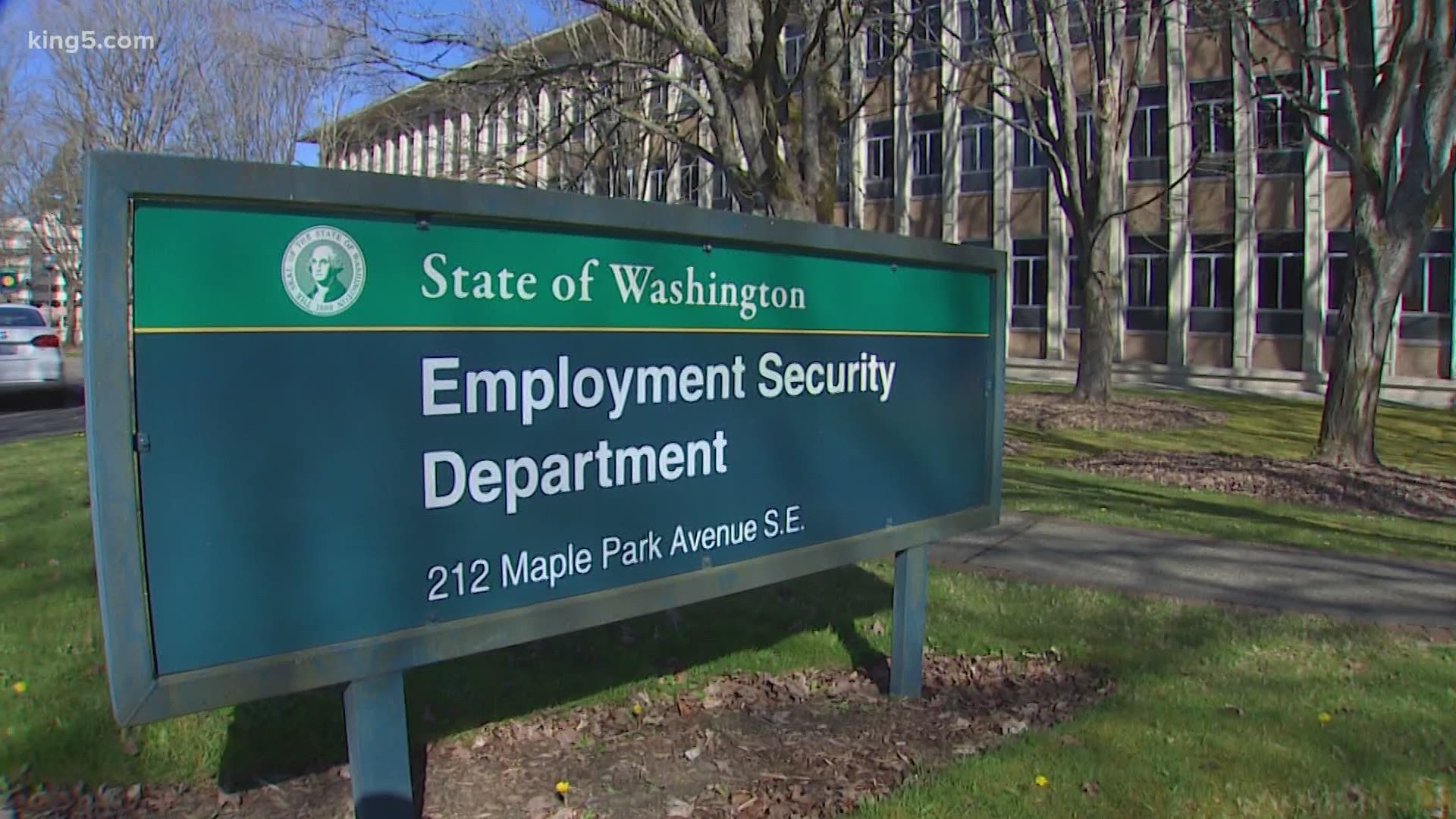 The Washington Employment Security Department says it’s digging through a backlog of cases that need to be resolved, but thousands of people remain stuck in limbo in the meantime.

Among them, Alison Cox. She lost her job in April – and received several weeks of unemployment before she says ESD asked for identification verification, which she sent.

Suddenly, her case showed she no longer qualified. She believes the documents she sent were somehow lost or misfiled, and has appealed the decision.

“Now we’re just waiting to hear back,” Cox said. “It’s very frustrating. You’re depending on ESD to provide you with benefits on a weekly basis. It’s like we’re being punished for those who did those fraudulent filings.”

And there have been plenty of fraudulent filings, according to state officials –ESD temporarily paused payments in May in an effort combat fraud.

The state says that thieves stole $650 million through the unemployment system, though much of that has been recovered.

Cox is not alone in waiting for help from the overwhelmed department. ESD said Thursday morning in a media briefing that 81,508 cases needed resolution on June 15. But by June 24, it had reduced that backlog to 71,679, and hopes to completely clear it by the end of July.

It has even called in help from the Washington National Guard to wade through cases.

“Within Washington state, nearly 900,000 have received payments, but for those who have not, the waiting day by day has been exceptionally challenging,” said ESD Commissioner Suzan "Suzi" LeVine. “And we know that. And it’s those individuals this agency is staying laser-focused on as we work through the backlog of claims with issues, knowing every claim we resolve brings relief or individuals and their families.”

She said the current average time to process claims with issues is just under six-and-a-half weeks.

Overall, ESD said initial regular unemployment claims rose slightly between June 14 and 20 – up 2%, at 29,612. That’s a week-to-week increase of 450% over last year, as claims surged in the pandemic.

ESD said 1,119,821 distinct individuals have filed for unemployment benefits, and ESD has paid out over $6.5 billion in benefits.

Though that is little comfort for people like Cox, waiting for help from a swamped system, and watching bills pile up.

“It’s very frustrating,” she said. “Because you can’t really contact someone to communicate your issues, there’s minimal contact on ESD’s end.”