Volunteers have been working weekends since March. 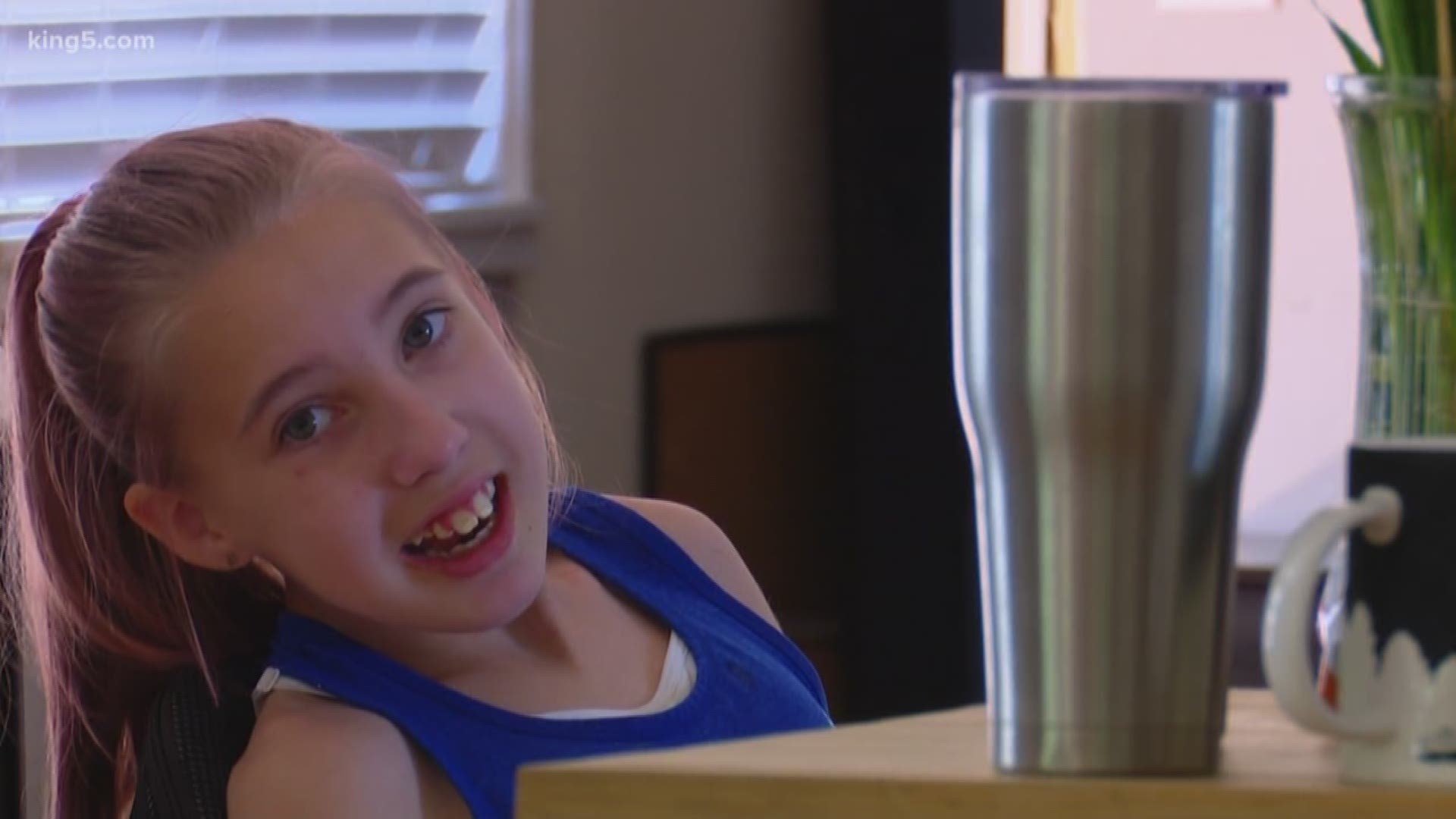 PUYALLUP, Wash. — Home improvement projects take patience. Puyallup's Futch family has been living in the middle of a project since March.

“We keep telling ourselves the end result is completely worth it and we're doing pretty good with it,” said Jesse Futch.

Volunteers are all looking to make the life of the family’s 10-year-old daughter, Taylor Futch, a little easier.

It’s Taylor’s smile and her story, that caught the attention of Michael Miller, who started the non-profit "Rock Out ALS."

When Taylor was a baby she was diagnosed with cerebral palsy. Her family said her condition continued to get worse, and after further tests doctors learned she had juvenile ALS.

“To know there's a 10-year-old girl with juvenile ALS in my backyard, well, that was special enough, but one of four in the U.S. diagnosed before the age of 10, that makes a special girl even more special," said Miller.

Miller and other volunteers are building the Futch family a new deck and driveway, expanding the home’s doorways, and adding hardwood floors. All the projects are designed to help Taylor move in her wheelchair.

Miller reached out to the family and shared his experience of how his mother was diagnosed with ALS, which inspired him to start his non-profit.

"I've had the unfortunate experience to pass on what I know and what to prepare for," said Miller.

Miller plans to stay in touch with the Futch family. He said the current project is likely phase one.

The project is fully funded by donations.