There's a new effort to curb crime in the Chinatown-International District, where teams of unarmed volunteers are now patrolling the streets each night. 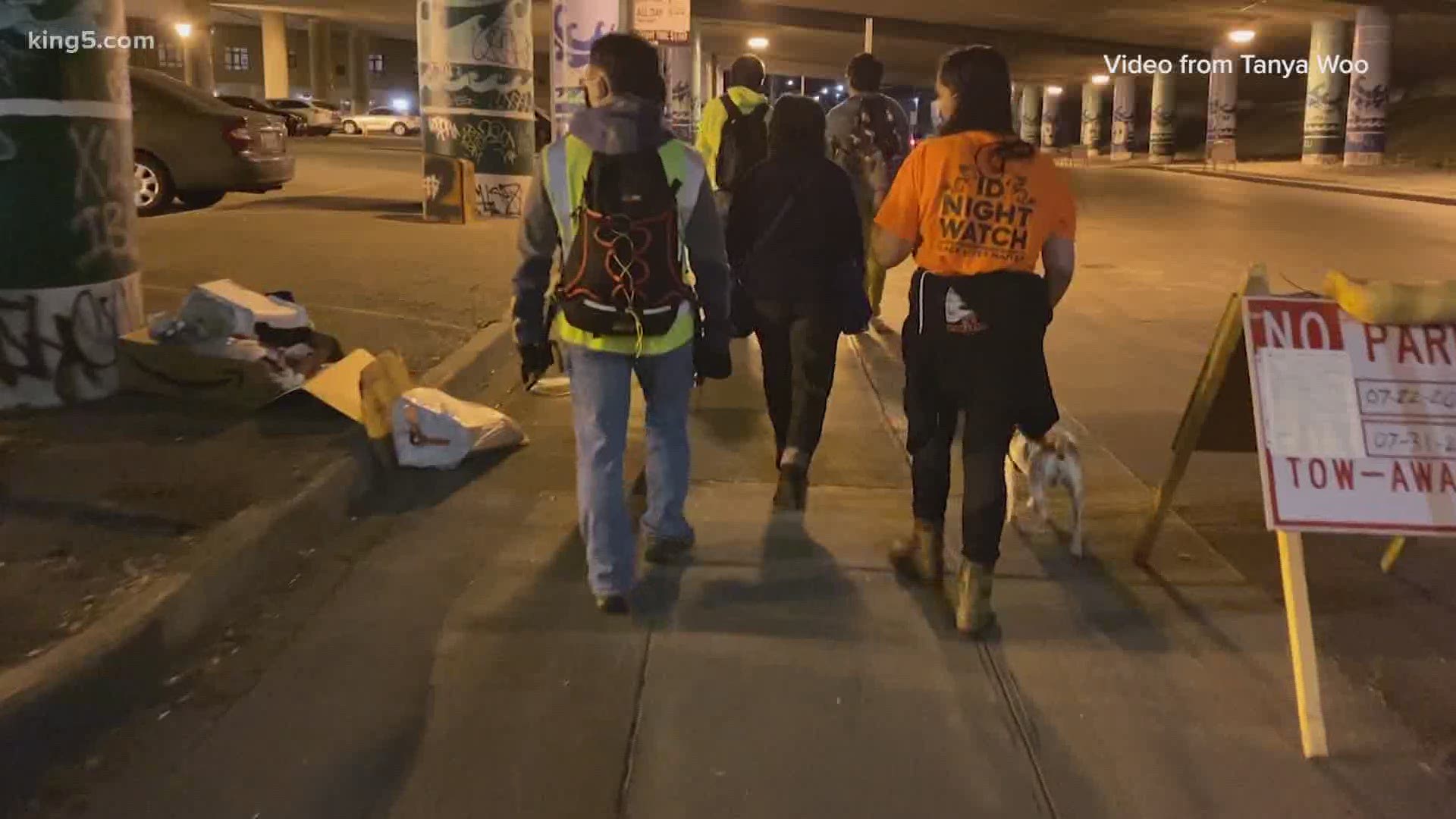 SEATTLE — There's a new effort to curb crime in the Chinatown International District, where teams of unarmed volunteers are now patrolling the streets each night.

Each night, around 10 p.m., a group of half a dozen or so volunteers gathers at Hing Hay Park and then takes a walk across Chinatown, Little Japantown and Little Saigon, crisscrossing every block until midnight on weekdays and 2 a.m. on weekends.

“We want to make this place feel safer and actually be safer,” said Matthew Toles, who helps organize the effort called Night Watch.

They pick up trash and needles. If they spot someone in distress, they try to connect them with local non-profits and service organizations. They'll call the police if they see violence but said that's often a last resort.

“As much as possible we try to solve things ourselves,” Toles said.

“Our community kind of feels a bit underserved,” said Tanya Woo, a volunteer and organizer of Night Watch. “We know that SPD is dealing with a lot right now so we're trying to fill in the gaps ourselves in this community.”

They started doing the walks in June when a group of demonstrators damaged and looted Chinatown businesses, Woo said. They've been patrolling the streets each night since then.

Many of the volunteers are walking in the footsteps, literally, of a community leader they lost.

Donnie Chin used to patrol the neighborhood, serving as a community first-responder, until he was caught in a gunfight and shot and killed five years ago this week. His murder was never solved.

“He was our community protector, he was our hero, he watched out for us, he was everything,” Woo said.

Usually, the community would hold a vigil to remember Chin, but this year, with so much of the world out of order, the Night Watch volunteers said they’ll walk instead.

“We remember him, and we remember what he did, and what he stood for,” Woo said. 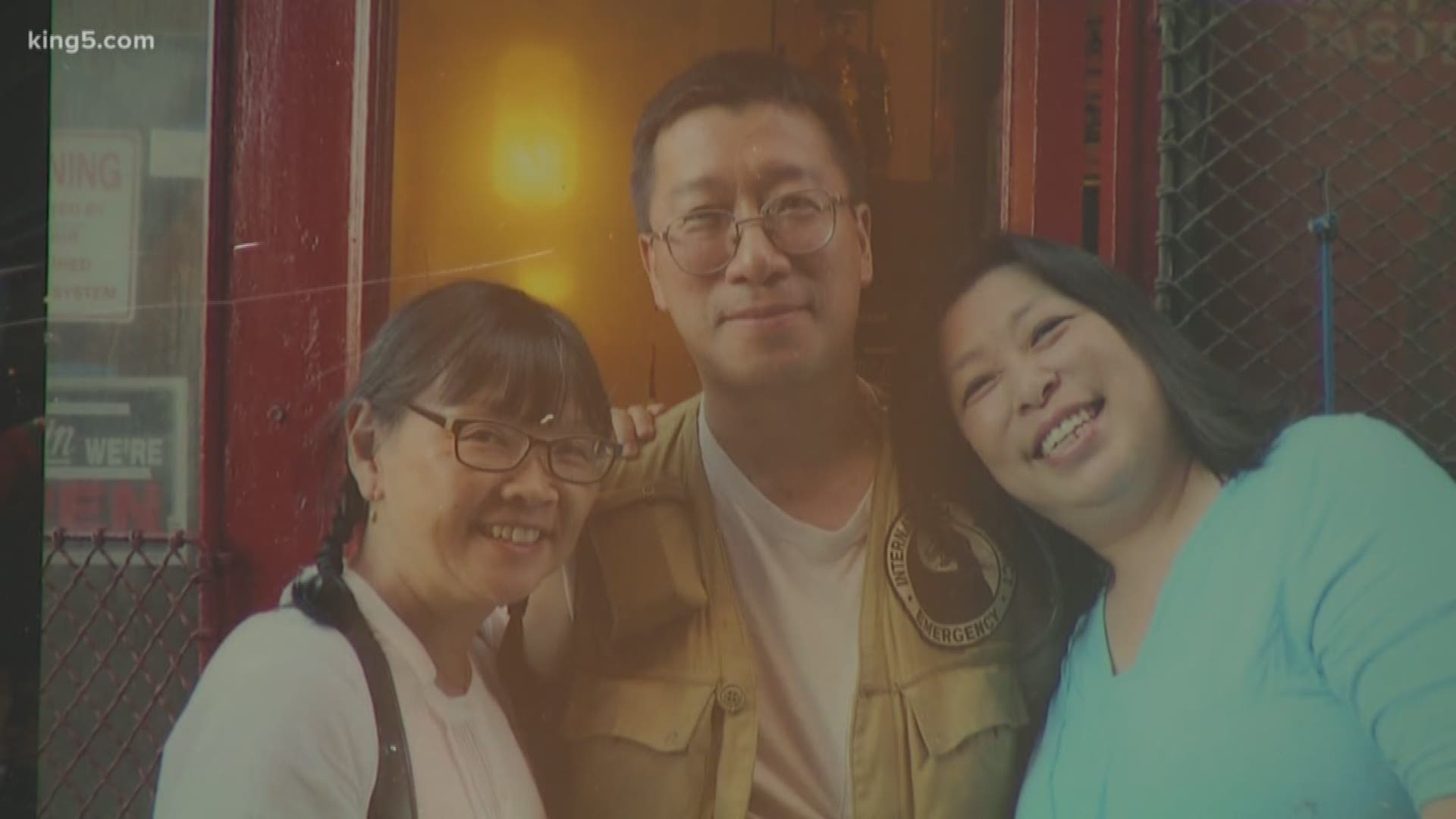