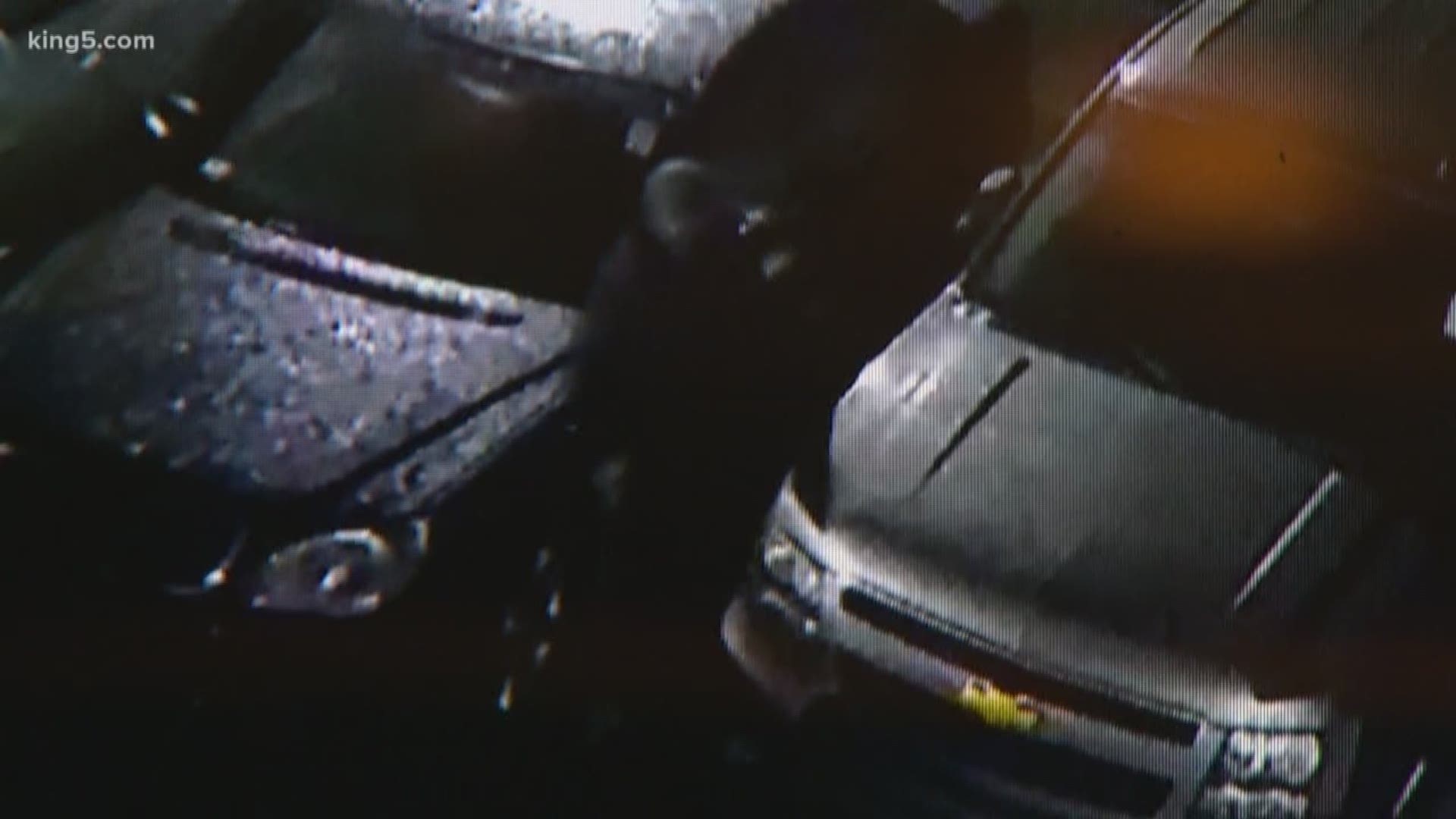 A bizarre burglary unfolded in Seattle's Lake City neighborhood over the weekend.

A suspect was caught on camera around 2 a.m. Saturday prying open a window at a car dealership called Wild West Cars & Trucks. He then used a grinding tool to break into a safe. The suspect attempted to cover his tracks by pouring out Sriracha hot sauce.

The burglary triggered a silent alarm, prompting two Seattle police officers to respond. The officers are seen on camera walking through the lot.

While the officers were on foot patrol, the suspect broke into a second building at the dealership, even turning on the lights inside at one point.

"All these lights were off in my building. He turned them on with the police officers 50 feet away," said Randy Lindquist, owner of the car dealership. He said he's been hit by crooks before and now has 10 surveillance cameras in action.

About 40 minutes after triggering the silent alarm, the suspect started to make his getaway. He is seen on camera climbing out a window just as the officers turn on their police lights and drive away.

While Lindquist says he has questions about the police response, he's most concerned about a specific item the suspect stole from the safe: a 92-year-old ring passed down through three generations.

Lindquist said he normally wears the ring, but it recently broke, so he was storing it in the safe until it could be fixed.

"(The ring) hasn't been off my hand in 12 or 15 years," Lindquist said. "My dad's been passed for over a decade now. That ring came from his dad to him, to me, and it was going to be passed along to my children. I can't accurately describe the feeling."

Lindquist hopes surveillance video will help capture the suspect. He is offering a $5,000 cash reward for any information leading to an arrest or conviction. But most of all, he just wants his ring back, no questions asked.

The dealership was also the target of a chemical attack in 2017. Up to 30 cars were sprayed by a corrosive substance believed to be aircraft stripper.

Now detectives will pick up the investigation. The Seattle Police Department said they are looking into the initial response.