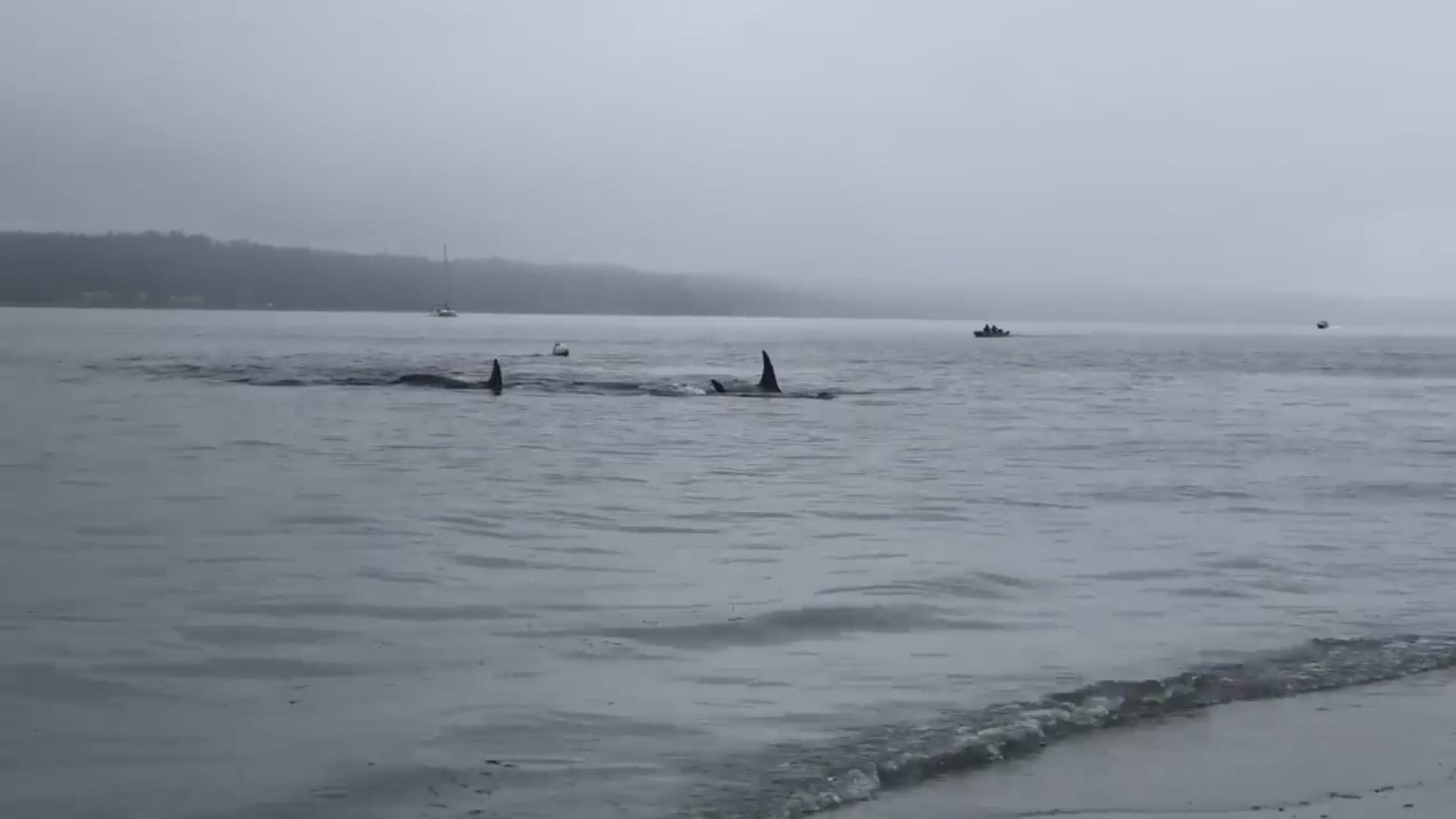 Lucky beach-goers had a close encounter with a pod of orcas Sunday. Dori Dace was on Whidbey Island when several whales surfaced just off-shore.

Dace recorded video as the orcas swam mere yards from Glendale Beach. It appears they may have been feeding in the area.

"The most incredible encounter I’ve had! I had lots of whale karma built up! 🙂 Don’t mind the commentary, I was trying not to faint," Dace wrote in a Facebook post.

The Orca Network identified the orcas as members of T124As swimming "stunningly close to shore."