The new State Route 99 will be a double-decker roadway, similar to the viaduct, but the building process is a little different when the working environment isn’t a flat surface. 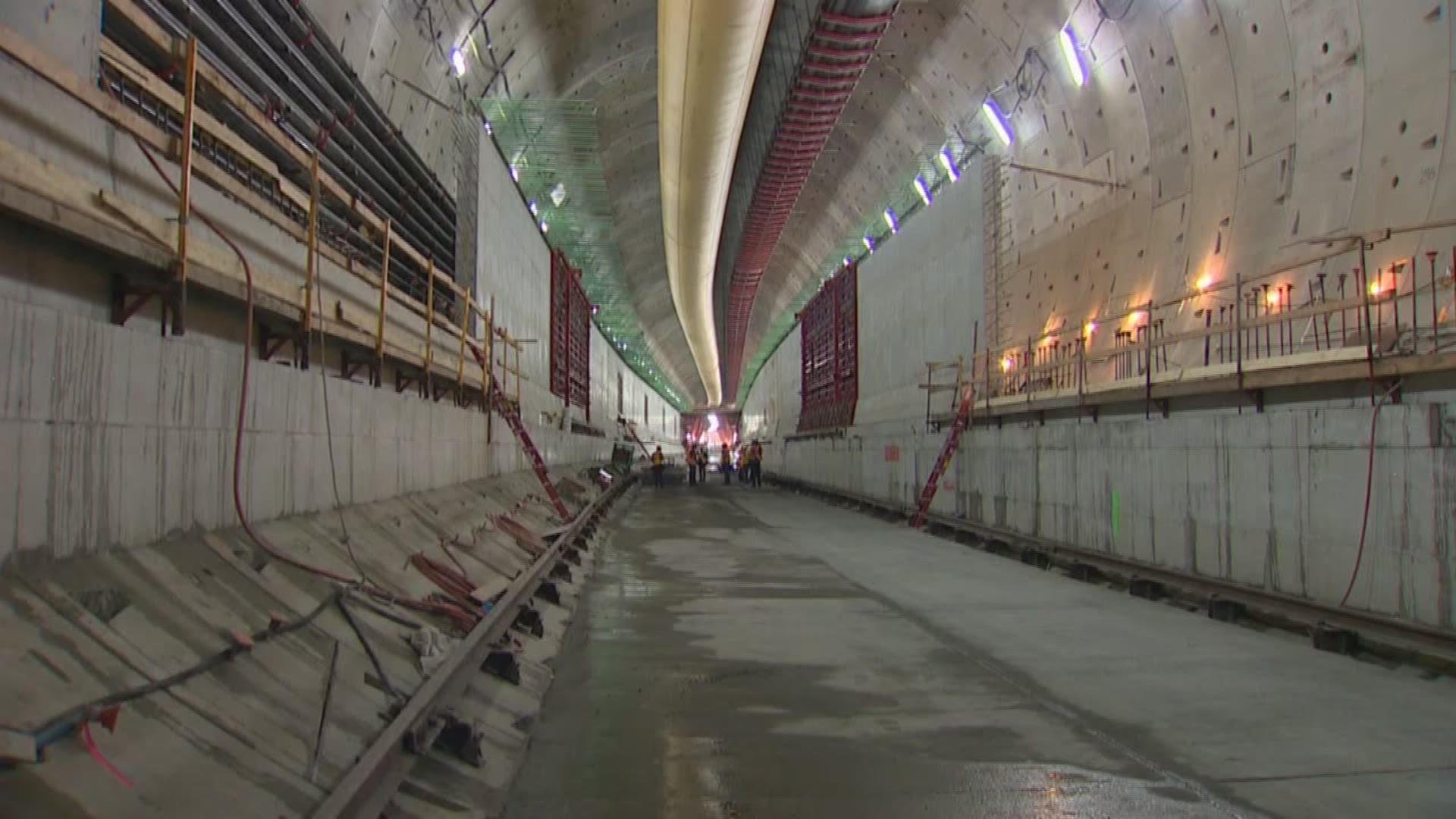 Bertha’s making progress – she’s about 33 percent done – but WSDOT has begun work on another large phase of the project: building the new roadway.

The new State Route 99 will be a double-decker roadway, similar to the viaduct, but the building process is a little different when the working environment isn’t a flat surface.

As of last week, Bertha the tunnel boring machine has drilled 3,088 feet of the 9,270 feet it must complete to finish the tunnel. Bertha is currently between Madison Street and Seneca Street.

Step 1: Bertha not only drills and digs, but the machine builds the concrete tunnel by putting 2-foot slabs of concrete in place.

Step 2: The tunnel is circular, so contractors must build a good foundation point to start building the roadway. Crews will build corbels, or foundations, up against the tunnel walls. The 54-foot long corbels are reinforced with rebar.

Step 3: After the rebar is set, workers install formwork and pour concrete into the corbels, letting it set for a few days. The cement is covered with moisture and blankets and allowed to “cure” for 28 days, making it stronger.

Step 4: Repeat to build the walls! Workers bring in formwork on top of the corbels to shape the walls of the northbound lanes on the lower deck. There’s 13 tons of steel in each 54-foot panel of formwork.

Step 5: Similarly to the corbels, the walls set for a few days, are sprayed with water, wrapped in plastic blankets, and then allowed to cure for 28 days.

Step 6: Build the roadway for southbound traffic on the upper deck.

Workers put formwork between the two walls, applying an oil-based product to the concrete, ensuring the walls won’t stick to the formwork. The steel rebar is special in this case, covered with epoxy coating to protect the bars from corrosion. Finally, workers pour concrete into the formwork.

Step 7: Build walls for the upper deck that will line the southbound lanes.

Step 8: Install the lower roadway for northbound traffic. This roadway is made offsite and brought in at the end. At the end of the project, workers will have used enough concrete to build nine football fields.