Crews will close South Dearborn Street and narrow First Avenue South to two lanes on either side of the intersection starting September 12. 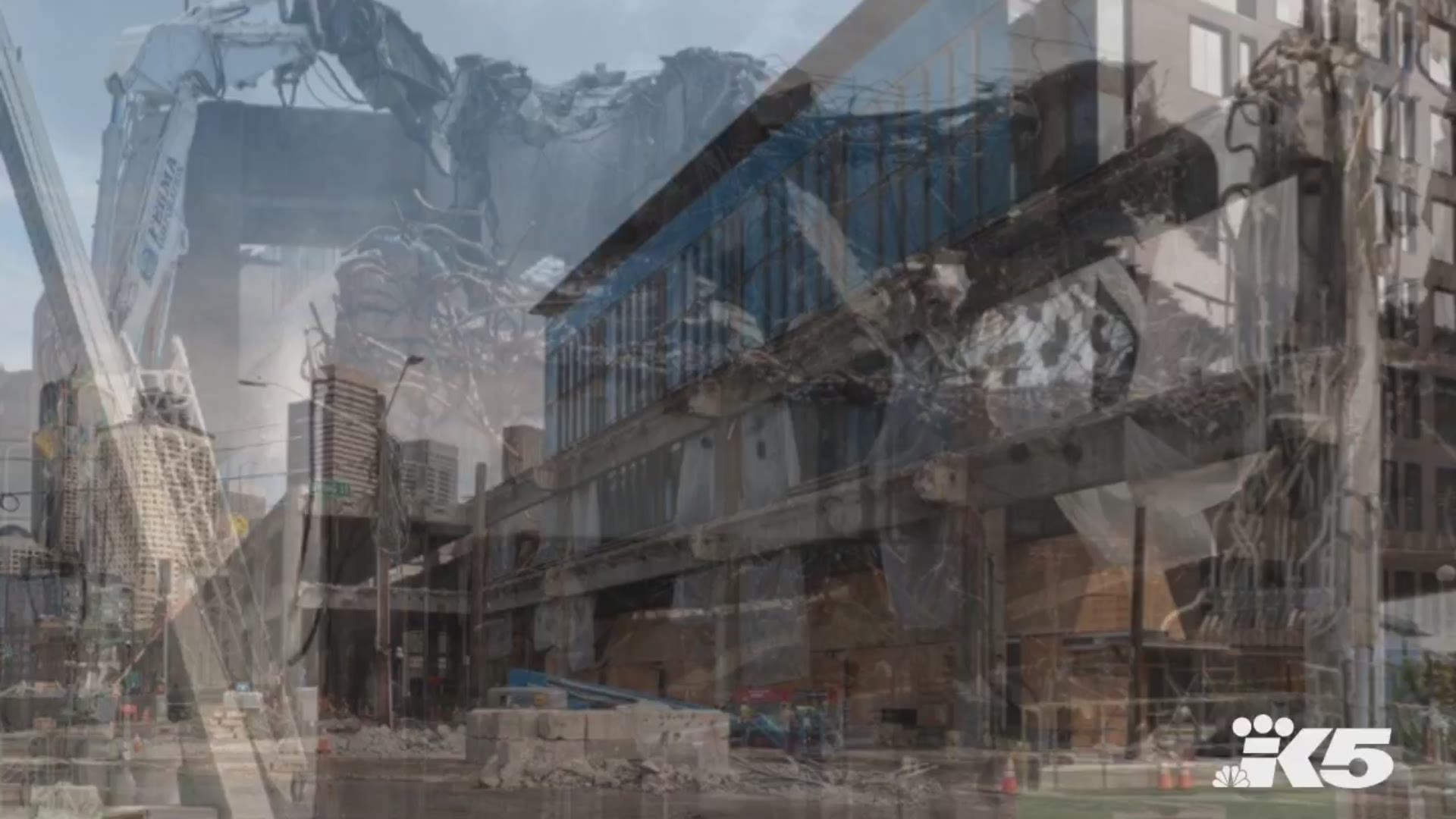 SEATTLE — Drivers should buckle up for another round of road closures as another phase of the Alaskan Way viaduct prepares to get torn down.

While this work is happening, WSDOT's contractor will pull their work zone back from Alaskan Way so the street has its full four lanes open during the closure. The South Dearborn Street - First Avenue South intersection is also a heavily trafficked bus stop. King County Metro has already made changes to its routes due to the viaduct demolition.

Credit: WSDOT
The two remaining sections of the viaduct at South Dearborn Street may not look big, but removing them is complex due to the underground utilities.

Demolition of the viaduct has been an ongoing project since the start of 2019. Photos released by WSDOT show just how much has changed in just a few months this summer.

Credit: WSDOT
The viaduct demolition at Yesler Way before and after.

The demolition is just one part of Seattle's plan to update its transportation infrastructure to match the city's growing mobility needs.

Credit: WSDOT
Before and after the viaduct demolition at South King Street.

Seattle saw one of the highest population growths compared to other cities with 50,000 people or more between 2017 and 2018, according to data released earlier this year from the U.S. Census Bureau.

And more people means more cars on the roads. The average Seattle commuter wastes about 78 hours a year stuck in traffic, according to a Texas A&M Mobility Report released earlier this year.

That's compared to the national average commuter who spends 54 hours in congestion.

RELATED: You're not imagining it, Seattle traffic is getting worse