Volunteers transformed a bare trailer chassis into a tidy framed house for a Navy veteran. But a complaint led county staff to inspect the property where the home was located and found it collided with county code. 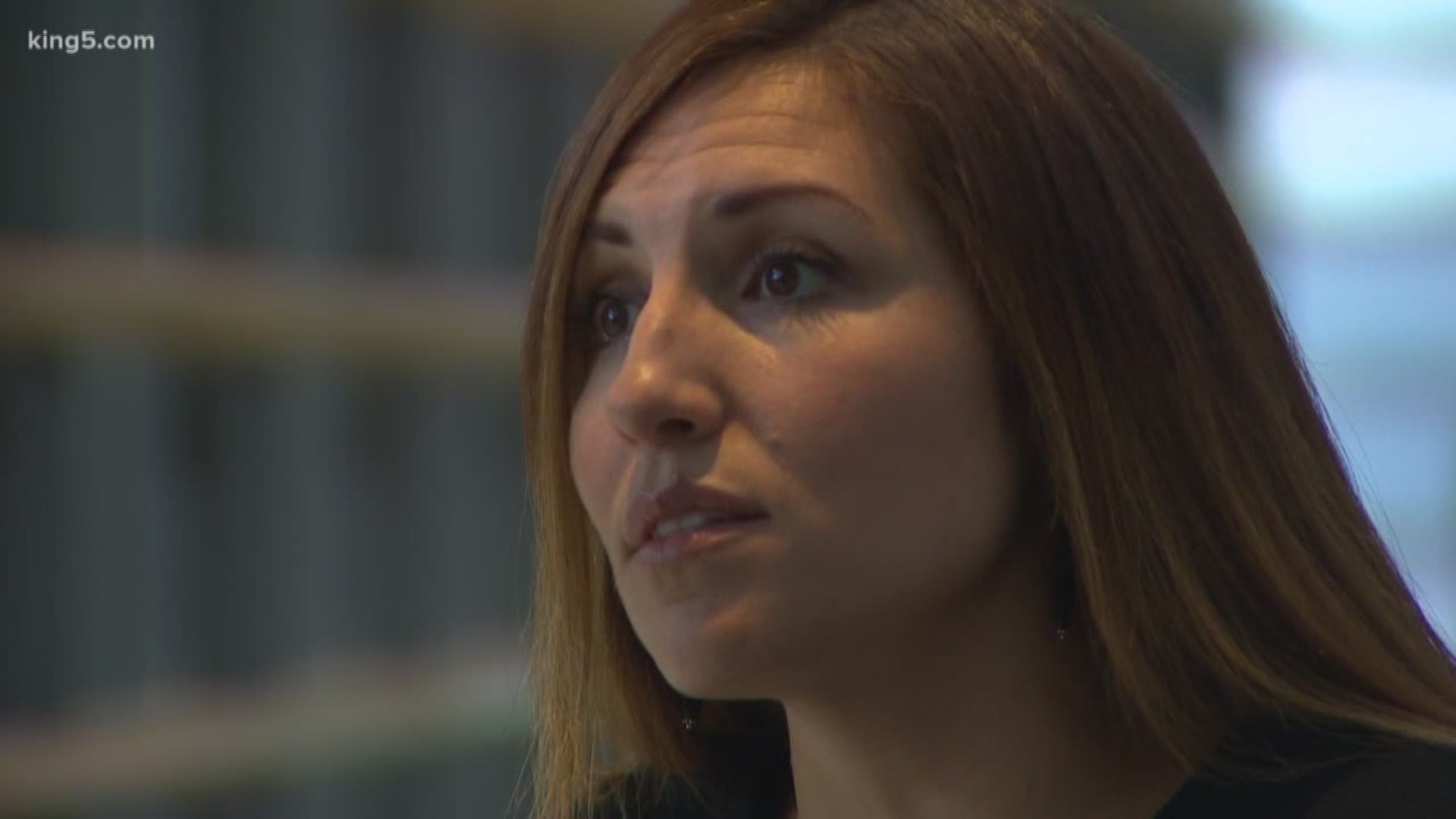 SEABECK — Sam Rye's tiny house is a palace compared to his last abode.

The former Navy machinist camped in a tent in state parks around the Kitsap Peninsula before military buddies banded together a year ago to help him build a little house on wheels. Big retailers donated supplies for the project.

Volunteers transformed a bare trailer chassis into a tidy framed house, with a bedroom, composting toilet, kitchen and cozy living room. The electric fireplace flickered beneath a flat-screen TV on Tuesday as Rye discussed his diminutive dwelling with pride.

"It's a real home," said Rye, 50, who is disabled and uses a wheelchair. "Every piece of this house was put together with screws."

A Seabeck property owner and relative of Rye's offered him a place to park the 240-square-foot home in May. And that's where the rolling house collided with county code.

A complaint led county staff to inspect the Goeske Lane property, where they found Rye living in the tiny house alongside other residents staying in RVs.

County rules prohibit people from living in tiny homes on wheels or RVs (permanent tiny homes can be allowed if they meet dwelling requirements and zoning). Landowners also can't provide space for multiple RVs to be used as dwellings without being approved as a mobile home park.

The landowner, Brent Weidner, was informed of the violations.

"In reality, what he's doing is building a mobile home park out there," county Fire Marshal David Lynam said.

Weidner has not responded to a message seeking comment this week.

Lynam said there are ways for Rye and his tiny home to remain on the property. The county allows "special care units," essentially small homes for people who need care due to a health condition or other circumstances. Rye's home would likely qualify, he said.

Under a recently-passed transitory accommodations ordinance, a property owner can also provide space for an RV or other shelter to house a homeless household for up to 180 days.

Sam Rye had been living in a tiny home parked at a relative's property in Seabeck for seven months before an inspector flagged a violation of Kitsap County zoning regulations. (Photo: LARRY STEAGALL, Larry Steagall / Kitsap Sun)

Lynam said the county is waiting to hear back from the property owner on what course of action he plans to take.

Central Kitsap County Commissioner Ed Wolfe said he spoke to Rye on Thursday and was working to get a waiver for the fees required to bring Rye's tiny home into compliance.

"This isn't right and I don't feel good about it," Wolfe said.

Rye realizes his living situation, and that of his neighbors in the RVs, violates county code. But he believes the rules need to be relaxed to address the region's homelessness crisis. A count conducted in January found 149 people living without shelter in Kitsap.

"I'd like to see a more permitable situation across the board for people in tiny homes, RVs, campers," Rye said. "Less regulation. More help for the homeless."

Debbie Washburn is one of Rye's neighbors facing displacement. Also disabled, Washburn said she moved into an RV so she could live within her means.

"Then someone comes along and tells you you can't live here anymore," she said. "I just about had a nervous breakdown."

Wolfe agreed the county needs to continue looking at ways to create additional housing for people without homes and particularly homeless veterans. He noted the county-led Homes for All project, which will create a "tiny cottage" village in South Kitsap.

Rye, who grew up in Tennessee before entering the Navy, said he's been homeless since 2015, when his marriage crumbled.

Kitsap County officials have vowed to work with Sam Rye and the property owner to find a solution to the zoning violation. (Photo: LARRY STEAGALL, Larry Steagall / Kitsap Sun)

As a 100 percent disabled veteran, he receives income from the Department of Veterans Affairs, but Rye said that income put him in a tough position. He earned too much to qualify for housing assistance programs but not enough to cover market-rate rent and his other expenses.

Rye bounced between state parks, where he could stay for free, before starting work on the tiny house a year ago. With his home completed, Rye has turned his attention to helping rebuild a vintage travel trailer for Sheri Rose, a Bremerton resident known for crafting bubble-wrap mattresses for the homeless.

Rose said she's unable to stay in the rental home she's lived in for 25 years.

A team of carpenters and mechanics have been remodeling Rose's trailer in a barn on the Seabeck property, adding insulation, wood paneling and all-new hardware. Now, both Rose and Rye are unsure where, or how, they'll be able to put their tiny homes to use.