A Thurston County veteran says he thinks the state is trying to make extra money off of wounded veterans. 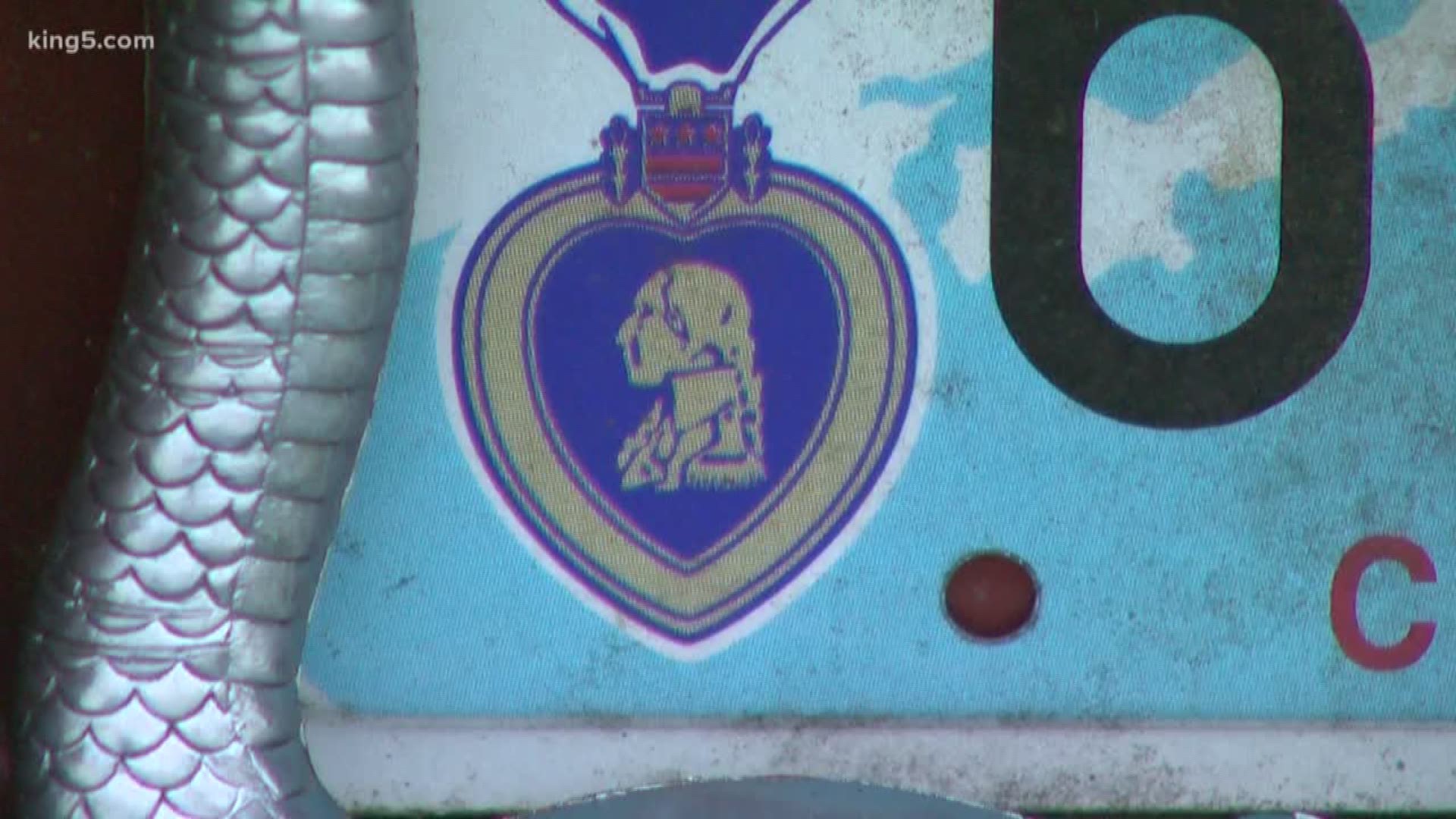 Car registration fees have been on the rise in the state of Washington, but a Thurston County veteran says he thinks the state is trying to make extra money off wounded veterans.

Buckner was in the military for more than 20 years, serving as a medic.

“25th infantry division. I’ll be a wolfhound until I die,” he proudly explained.

When the state started issuing the license plates years ago, Buckner was glad to pay the initial set-up fee for each plate. He was surprised when he received his registration in the mail and, for the first time, he was charged for having a special plate.

“To me, it was the state of Washington saying thank you for serving your country and being a veteran that was wounded,” he explained. “They give me something to be proud of that I can show when people pull up behind me.”

Buckner was wounded while saving another man's life in Vietnam in 1968.

“I was going out to get another soldier that had been wounded, and I got hit,” he explained.

His legs riddled with shrapnel, he crawled and dragged that other wounded man to safety.

He was wounded a second time a year later when he took more shrapnel from an exploding artillery shell. In addition to two Purple Hearts, he was awarded the Silver Star.

He's outraged that state wants him to kick in $30 for each car with the plate after the first car. He reached out to the state and was told the legislature changed the law last year.

“It's the principle of the thing, I couldn't believe it when they told me that after having the plates for over 20 years they want to do this,” he said.

He's not giving up his plates and wants to warn other wounded veterans about the charge.