Veteran kicked out of Everett McDonald's after open-carrying weapon

Jonathan Nagel said he was asked to leave after obeying the manager's orders of putting his knife away. 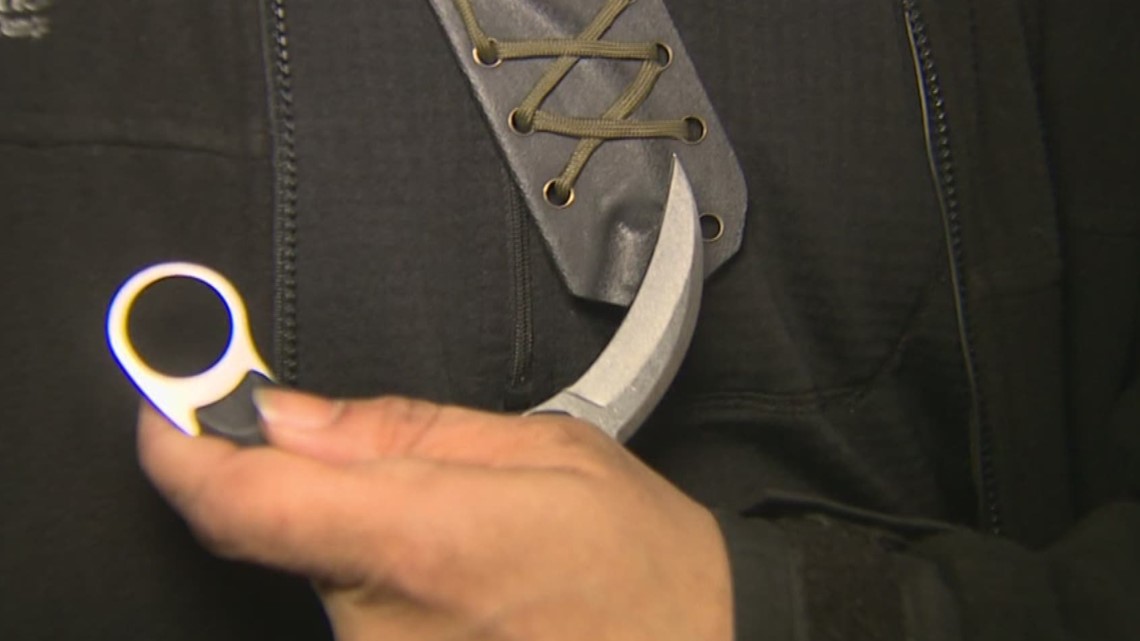 EVERETT, Wash. — Over the weekend, an incident occurred at an Everett McDonald's surrounding the issue of open-carrying weapons.

Jonathan Nagel is a veteran who served in Afganistan and practices martial arts. Around his neck, he carries with him a curved blade, looking like a 4-inch-long talon, called a karambit, in a leather sheath.

"I carry it every day," said Nagel.

Since the blade cannot fold, it falls under Washington's open-carry law, meaning he's allowed to have the weapon on him in public. It just needs to be visible.

"I'm a martial artist," said Nagel. "I'm not the type of guy that goes around attacking people."

Just after 6 p.m. on Friday, Nagel said he and two women went to the McDonald's on Everett Mall Way.

He said the manager at the register saw the knife and told him to put it away, saying that there were children in the restaurant. Nagel told him that he couldn't because that would be illegal.

"It's supposed to be out in the open," said Nagel.

Nagel finally put the knife away and the group continued to order. A verbal altercation broke out during the order and the manager asked the group to leave and police were called.

"He said, 'No, I don't want your service, you can leave,' just that plain and simple," Nagel recalled.

Everett police said that no laws were broken. As a citizen, Nagel has the right to open carry his form of protection. The manager had the right to use his discretion regarding safety and refuse service.

Nagel, who is African-American and disabled, understands that but still feels like he didn't get all the answers as to why he and his two friends were kicked out.

Nagel is currently looking for an attorney as he is still not comfortable with how the situation was handled.

“The safety and security of our guests and crew are our top priority. We will continue to ensure our restaurants are a safe space open to anyone in the community where customers and crew feel comfortable," said Alefa Eserjose, McDonald’s owner-operator, in a statement.

This ordeal turned out to be a clash of rights of sorts between one man's right to carry and a manager's right to make sure his business is safe.

"I'm in my country, being treated like I'm some kind of criminal or foreigner who has ill intent and I'm not," said Nagel.