VERIFY: No, the Red Cross doesn't spend millions on their CEO.

Before you donate money to a charity, it's always a good idea to take a look at where your money is going. 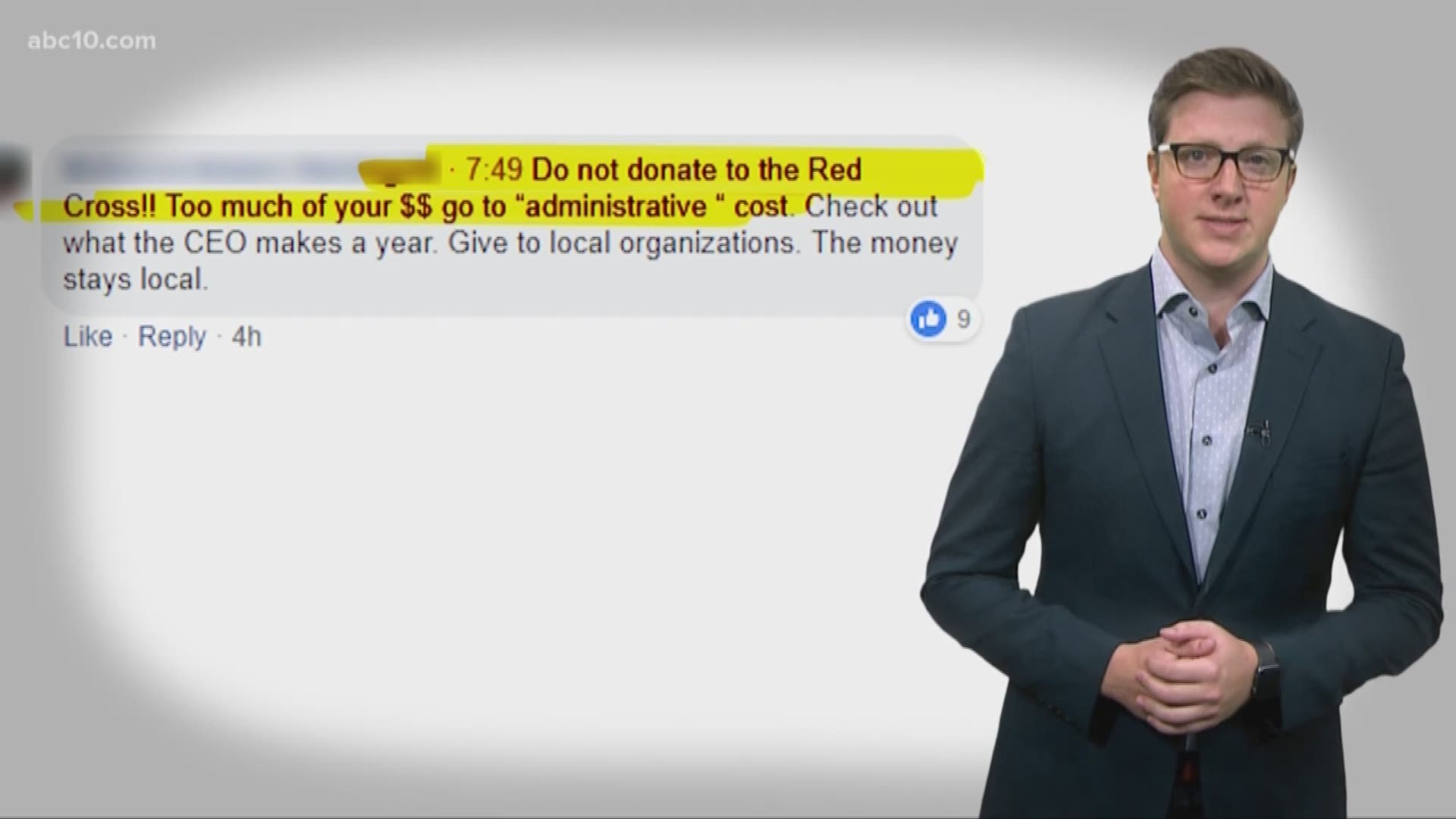 Many have asked how to help donate money, time or goods to the victims of the California wildfires.

Relief groups have said that the best way to help the victims of these fires is to donate money. However, some people online have raised red flags over the big name groups, such as the Red Cross.

Statements like these have popped up multiple times, urging people to "not donate to the Red Cross!! Too much of your $$ go to 'administrative' cost. Check out what the CEO makes a year. Give to local organizations. The money stays local."

Many of these statements have popped up in recent years and most of this information can be traced back to older social media posts like the following:

These older posts, make claims about some of the most popular charities including the Red Cross:

"As you open your pocketbooks for the next natural disaster, or the Christmas season, please keep these facts in mind:

Does the American Red Cross pay their President and CEO nearly a million a year? And does that mean that their money is going towards administrative costs rather than victims?

No, the information in the older post is patently false and also outdated. The Red Cross currently pays their CEO $603,564 as a yearly salary with another $18.392 in additional compensation.

While that number still sounds high, Charity "watch-dog" Charity Navigator, told VERIFY that is a salary that is comparable to other large organizations who deal in billions of dollars a year.

The American Red Cross spends 4.2% of their yearly funds on administrative expenses and 89.3% goes towards their programs and services they deliver.

Charity Navigator has a thorough breakdown of Red Cross expenses and transparency. As an unaffiliated non-profit, Charity Navigator takes a look at what details are available for non-profits and gives them a rank based off how they operate.

The IRS requires all 501(c)3 non-profits to post a "Form 990" every year that details their earnings and expenditures.

According to the 2016 Form 990 (The most recently published), current President and CEO of the Red Cross is paid $603,564 annually with an additional $18,392 in "other compensation from the organization and related organizations."

We can Verify the claims that the CEO makes nearly a million dollars a year are FALSE.

Knowing a bit about the charity you donate to is a good thing. Different non-profits have different breakdowns for how their money is spent. Non-profits like Charity Navigator do a lot of the legwork and research to independently find out what other charities are doing.

While the Red Cross does spend Roughly 4% of their budget on administrative costs, Nearly 90% of their funds go directly towards their programs and to people in need. Any claim that they keep a large or abnormal amount of money for internal purposes is False. 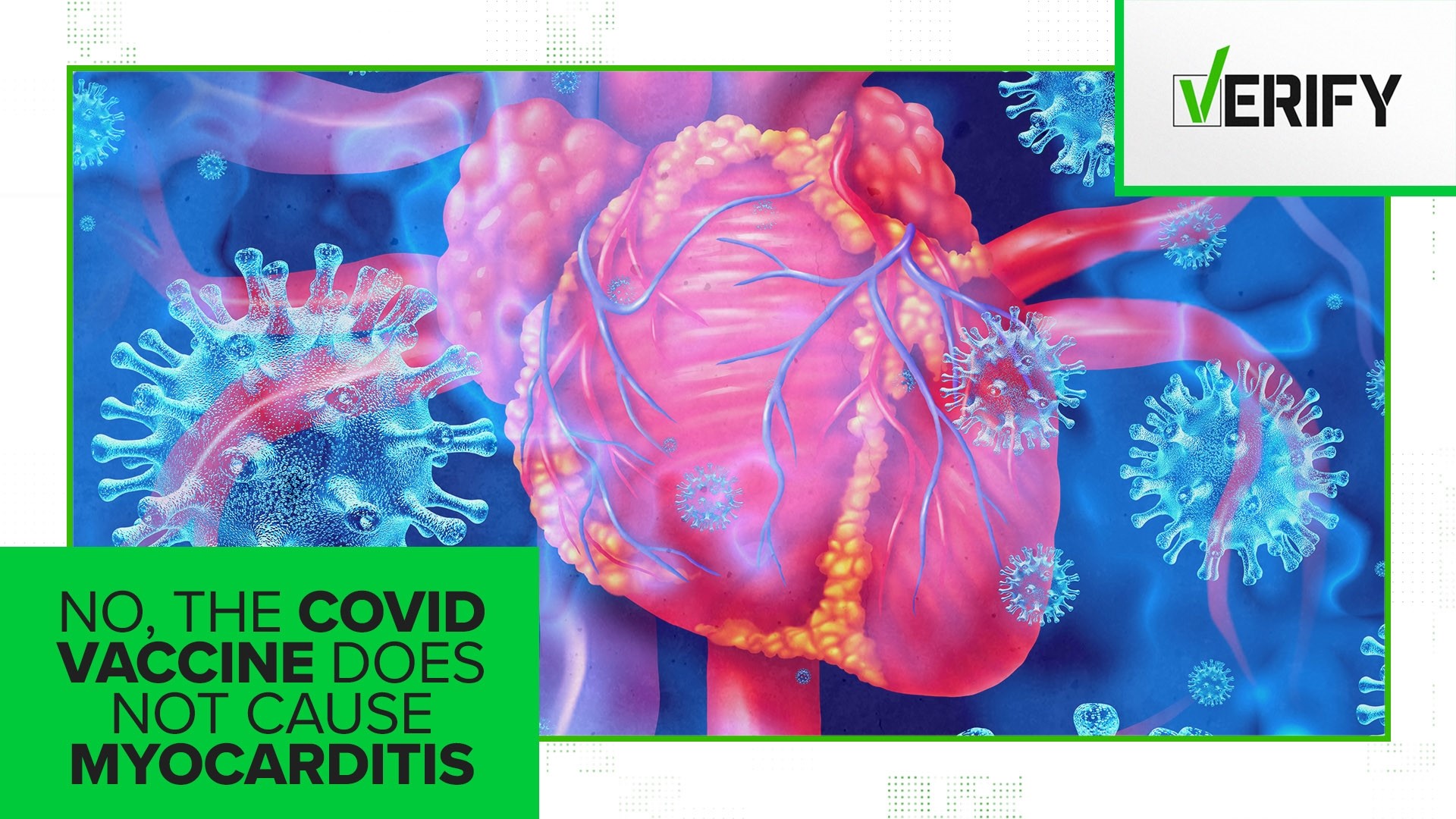 No, the COVID-19 vaccine does not cause myocarditis