A KREM 2 viewer reached out to us asking about a claim made about how this initiative could impact funding for the North Spokane Corridor. 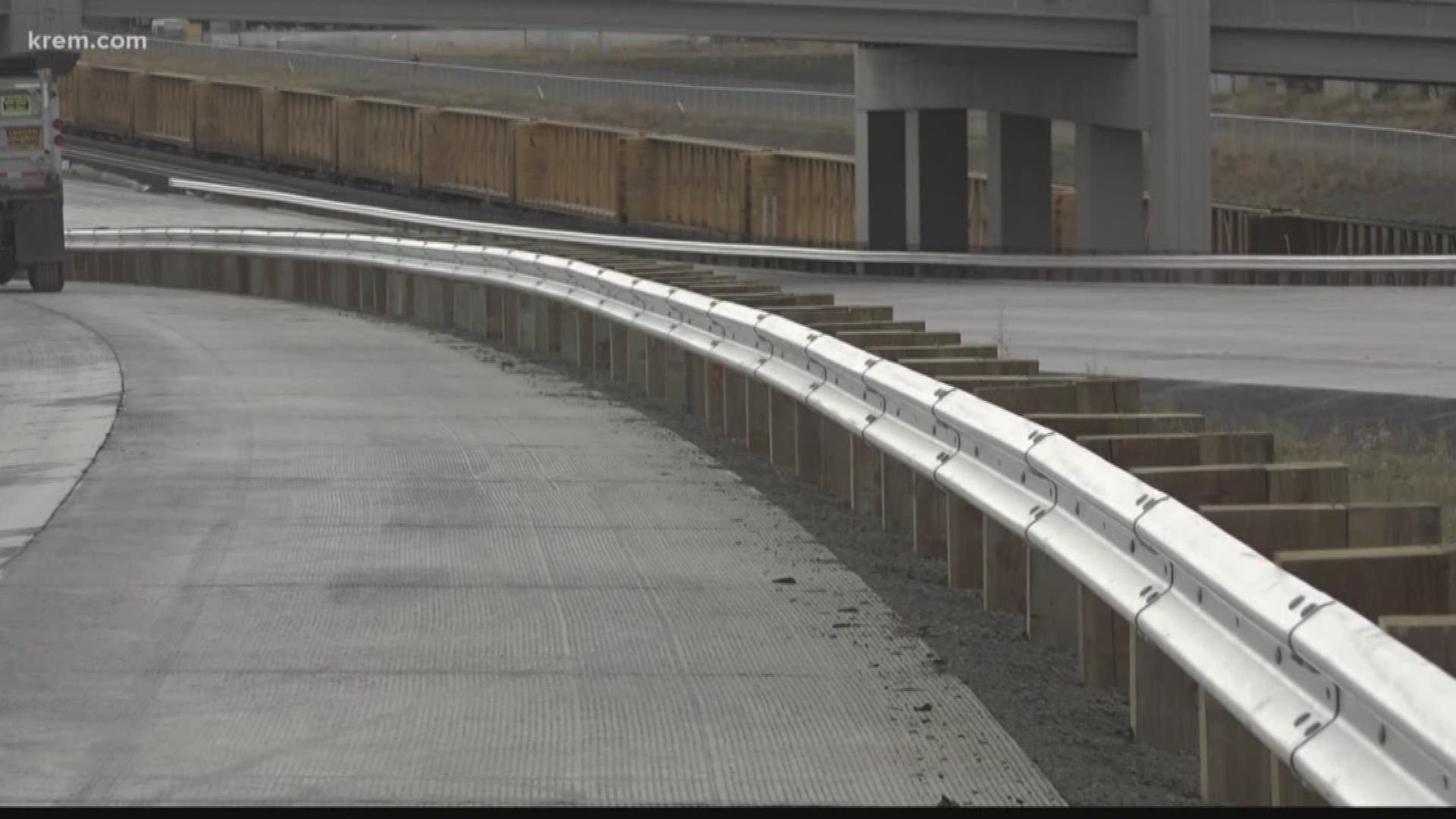 SPOKANE, Wash. — Correction: A previous version of this article stated the state could see a $2 million revenue loss if I-976 passes; that number is actually $2 billion.

We are in the home stretch of this election cycle and political ads are ramping up. One of the measures gaining a lot of attention on TV and radio are for and against "I-976" which would place a hard cap on car tab fees at $30.

A KREM 2 viewer reached out to us asking about a claim made about how this initiative could impact funding for the North Spokane Corridor, also known as the "North-South Freeway."

The $1.5 billion NSC freeway is more than halfway done, it's a project that's been talked about for decades.

RELATED: The North Spokane Corridor on track to open in 2029

If I-976 passes, opponents said the NSC is one of the projects that could take a multi-million dollar hit.

To verify we checked in with both sides of the initiative and reached out to Washington's Office of Financial Management.

Opponents said 976 does more than just reduce car tab fees, it could halt progress on transportation projects by forcing the state department of transportation to lose revenue.

Senator Andy Billig said in a news conference in Spokane about his opposition the measure.

We dug into the funding sources of the North Spokane Corridor. The majority of the funding comes from the "Connecting Washington" package passed in 2015.

At a press conference in September, contractors with WSDOT said the project is fully funded.

This we can verify, but there's more to it and it’s not entirely true if changes are made to the transportation budget.

Cheryl Stewart is the Executive Director of the Inland Northwest Associated General Contractors, they are the primary contractors for freeway projects in the state. She explained, transportation budgets are passed two years at a time and this statement was made based off projections with the current budget.

"Projects are going to suffer, doesn't matter what account they are in, projects are not going to get done,” Stewart said.

In a statement to KREM 2 he said his opponents are using "threats, lies, and scare tactics." Adding, "Gas taxes pay for highways and roads, car tab taxes do not.  Not a penny of the car tab tax goes to roads – the government spends car tab taxes on non-road stuff,” Eyman said.

The state office of financial management sent us a financial impact statement if I-976 passes. Over the course of five years it shows a total revenue loss of about nearly $2 billion across multiple accounts if 976 passes.

However, there's no specific mention about Connecting Washington funding which is the primary source for the North Spokane Corridor.

So no, we can't verify that the North Spokane Corridor will specifically take a direct hit but it is a possibility if funding is cut at the state level and money is moved around between accounts.