It's been one year since Senator John McCain passed away at the age of 81 after a battle with brain cancer. 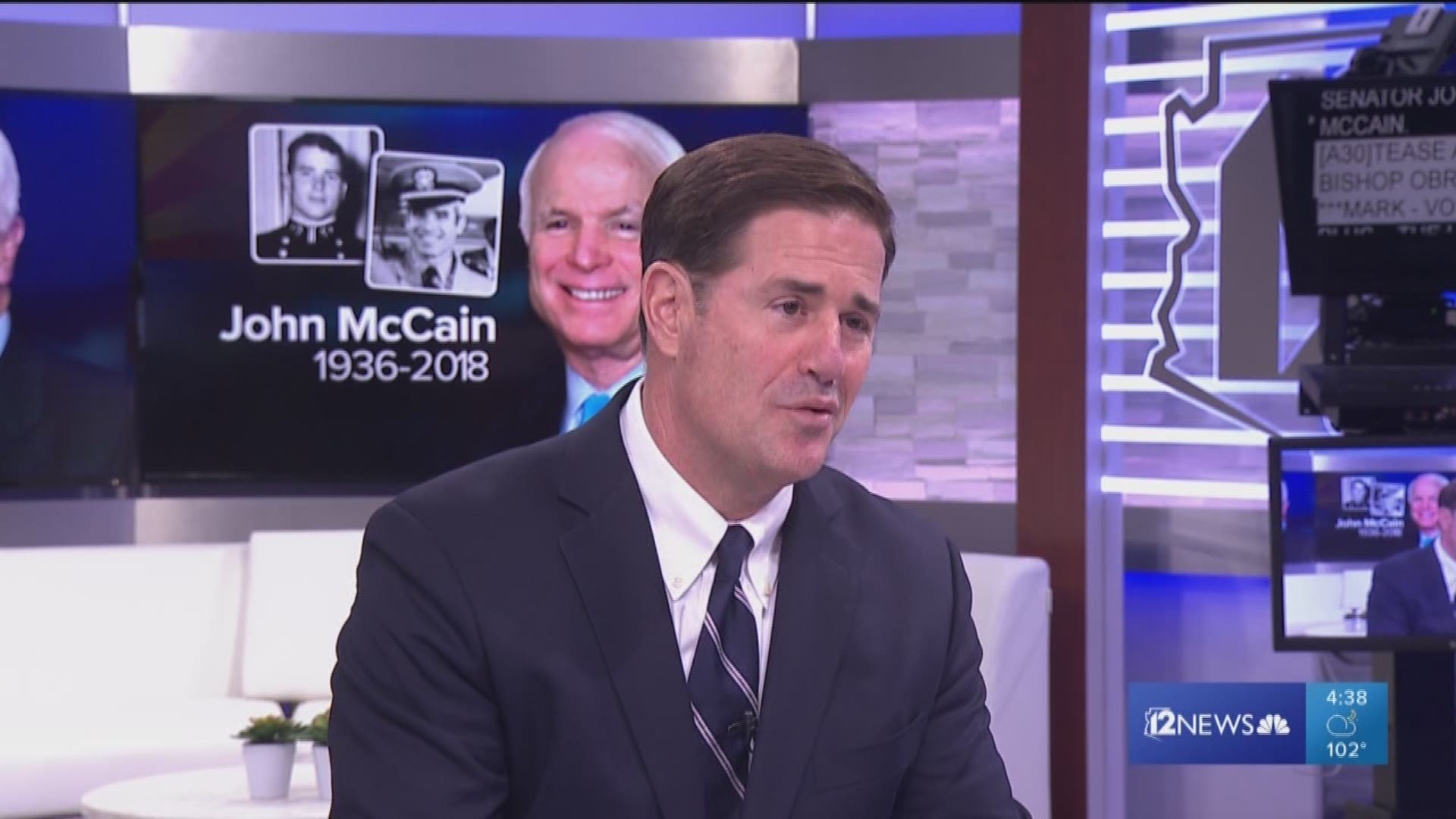 PHOENIX — Editor's note: The above video is from Gov. Doug Ducey's appearance in the 12 News studios in 2018 after Sen. John McCain's death.

It's been one year since Senator John McCain passed away at the age of 81 after a battle with brain cancer.

John McCain was more than Arizona’s U.S. Senator — he was America’s Senator.

One year ago today, we witnessed that saying goodbye to John McCain was not only a shared experience for our state, but for our country and the entire world.John McCain served his country with honor, courage and dedication — from Vietnam to the halls of the United States Senate.

His spirit of service, his call for us to serve a cause greater than our own self-interest, his determination to fight for the issues he held dear even in the face of great challenges, his willingness to step into — and stay in — the arena; these are the attributes that make him an inspiration to Americans of all generations.

I said last year, imagining Arizona without John McCain is like picturing Arizona without the Grand Canyon. Today, we know that while he’s gone, his legacy endures. In his fearless wife Cindy. In his children and grandchildren. In the hearts of millions around the world inspired by his civility, service and sacrifice.

In the McCain Institute, which continues to bring high-caliber individuals of both parties together to seek solutions in an environment of civility.And here in Arizona, we know John McCain is still among us — embedded forever in the life and landscape of the state he so loved.

RELATED: 'He was the force, the glue that held us together': Cindy McCain reflects on Sen. John McCain's legacy

RELATED: A look back at the life and legacy of Sen. John McCain

Senator John Sidney McCain III died August 25, 2018, after a battle with brain cancer that lasted a little more than a year.

After serving 23 years in the U.S. Navy, McCain entered politics in Arizona where he served as a U.S. Senator from 1987 until his death in 2018.