Val Whiting, a former basketball star, is spreading awareness about gender- and race-based bullying on TikTok. 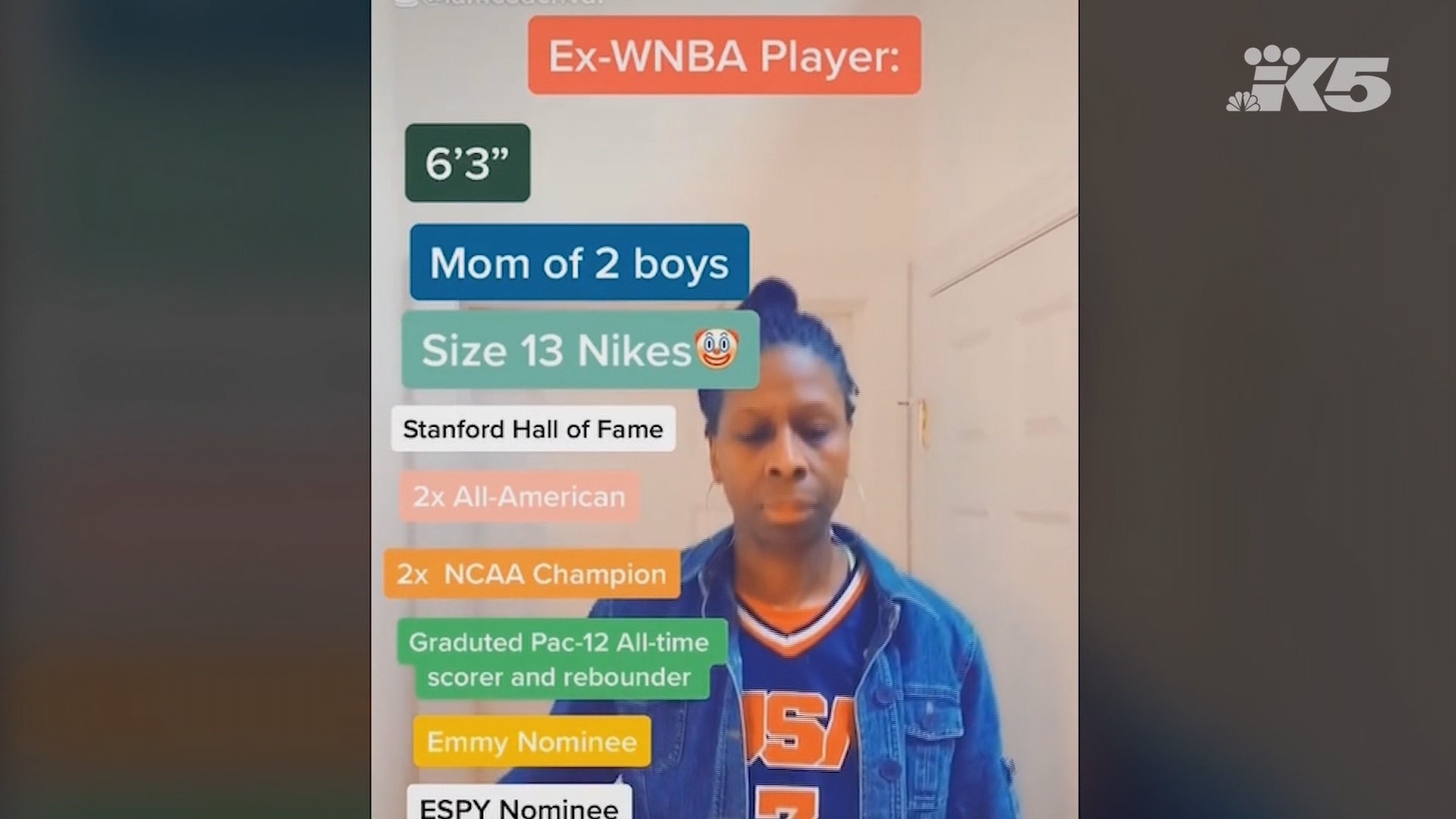 A former basketball star who faced racism on TikTok is sounding the alarm for parents to be aware of what happens on the video sharing platform.

Val Whiting is a former basketball star who’s a two-time All-American and NCAA champion at Stanford, an alternate on the 1996 USA Olympic Team, and a longtime professional player, including one stint in Seattle.

Now she works in youth sports in the Pacific Northwest, and she recently joined TikTok hoping to inspire girls.

But she – and some of her young followers – were bullied online with racist and sexist posts.

“They call me the N-word, monkey, tell me to ‘stay in the kitchen and make me a sandwich,’” Whiting said. “It’s horrible.”

Whiting’s TikTok has more than 500,000 views, but many of the replies were sexist or racist in nature, including one from a White teenage boy repeatedly using the N-word. After KING 5 inquired about the incident, TikTok deactivated that boy’s account.

One online bully used an app to send a SWAT team to Whiting’s house, and she filed a police report.

“When I was in middle school, my bullies looked me eye to eye. This is so different,” Whiting said. “I’m 48. I can handle it. It’s not about my feelings being hurt. I don’t want kids to go through what I’m going through.”

But mostly, Whiting said, she wants fellow parents to be aware of how prevalent online bullying is and how often race and gender are used as weapons.

“I want parents to know about TikTok,” Whiting said. “I wouldn’t have if not for my son. Be aware of what they’re posting and what they’re commenting on.”

TikTok does have a parents’ guide and has features to help users report inappropriate content, limit and filter comments and block users.

The company is now working with Whiting to verify her account and prevent anything like this from happening again.