The planetarium brings fun and education to students who may not have access to it. 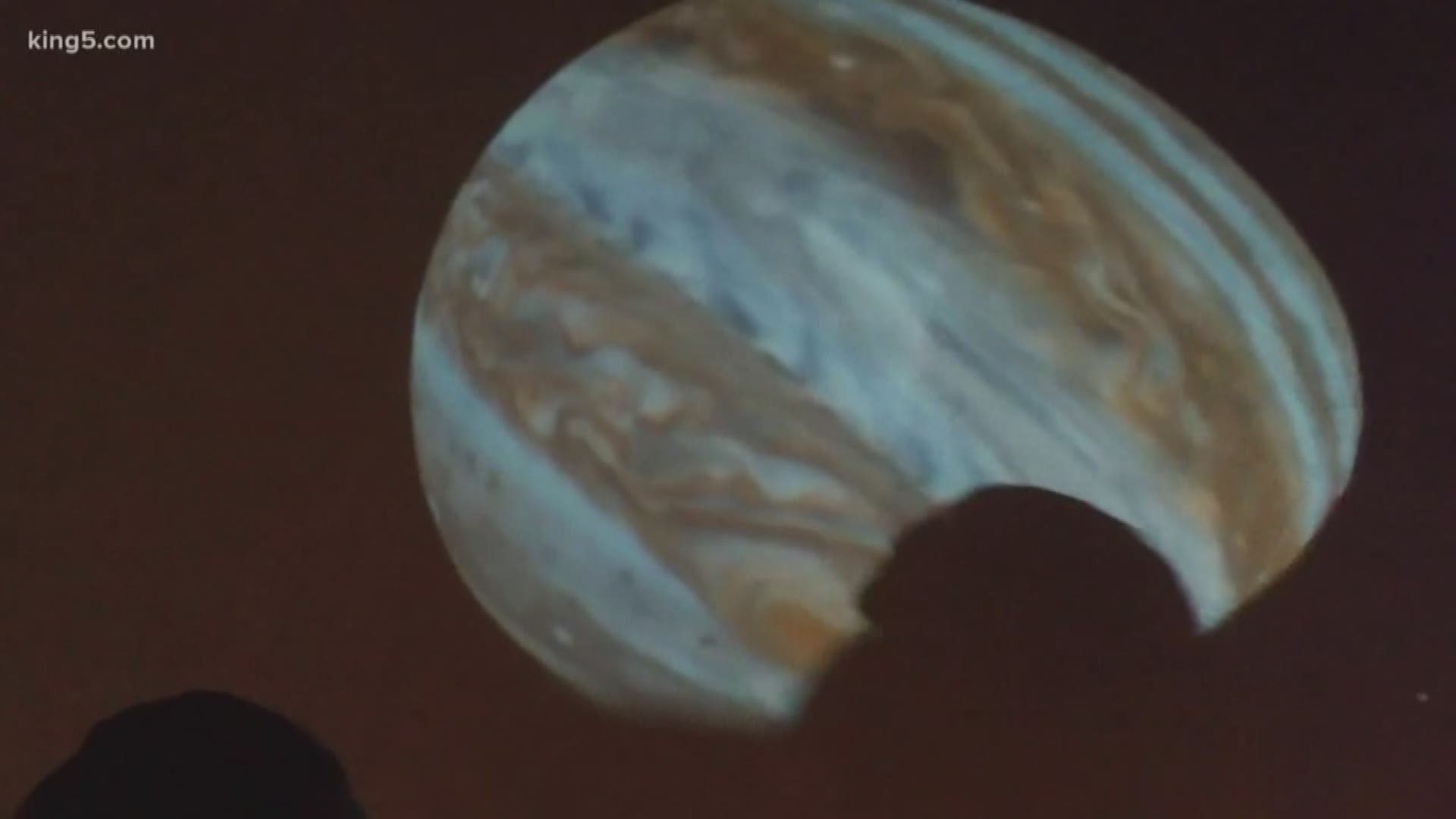 SEATTLE, Washington — For most kids, taking a trip to the icy moons of Saturn means hopping on a bus and taking a field trip to a planetarium, or getting mom and dad to schedule a weekend visit for the family.

However, not all children have easy access to planetariums, which aren’t always located conveniently nearby.

The University of Washington's mobile planetarium is filling the gap.

The 20-foot wide, 10-foot high fabric dome started bringing the wonders of space exploration to students around Washington state when it was first built in 2012.

For the last two years, Dr. Rory Barnes has been using the planetarium to teach about the exciting world of astrobiology, which is the search for life beyond Earth.

This week, he showcased the mobile planetarium in Bellevue to attendees of the AbSciCon conference, which say astrobiology scientists from across the globe. Barnes hopes that seeing his show might inspire others to do more educational outreach.

Barnes’s show has four parts. The first focuses on life on Earth, specifically organisms known as “extremophile," forms of life that live in conditions that are toxic to human beings and most of the life forms we’re familiar with.

“We learn that water is a key ingredient to all life on earth. Based on that information we then tour the universe to look for life elsewhere,” Barnes said.

The second part in his show involves the places in our solar system that could host life—places that might have liquid water. This includes Mars and several of the icy moons of Jupiter and Saturn—including Titan, the largest moon of Saturn. First visited by NASA’s Huygens probe in 2005, the space agency announced on Thursday a new mission to send a drone to Titan to explore the surface for signs of life.

After exploring our own solar system, Barnes’s presentation moves on to “exoplanets” – planets orbiting other stars.

Barnes’s own research focuses on trying to figure out how big, how dense, and how far from the stars they orbit exoplanets need to be in order to have stable water and possibly host life—what’s known as the “Goldilocks zone.”

University of Washington graduate student Rodolfo Garcia explained his research on a phenomenon known as “Runaway Greenhouse Effect” in which a planet’s surface gets so hot that all of its water becomes vapor and eventually escapes into space, leaving the planet dry and uninhabitable. Many scientists believe this is what happened to the second planet in Earth’s solar system, Venus.

The last part of the show zooms out for a look at the entire universe. “There’s something like a hundred septillion stars in the universe and yet this is the only planet we know of that has life. And so it makes us wonder – where is the other life? It motivates us to look for it,” Barnes said.

Barnes has used the UW’s mobile planetarium to give his presentation at 12 schools, and he says he hosted more than 2,000 students over the past two years.

For those who’d like the mobile planetarium to put on a show at their school, go to the University of Washington’s Astrobiology Department website and submit a request.