UW hopes to attract new talent to the field of nursing with a summer camp for teens who might not know how to pursue a career. 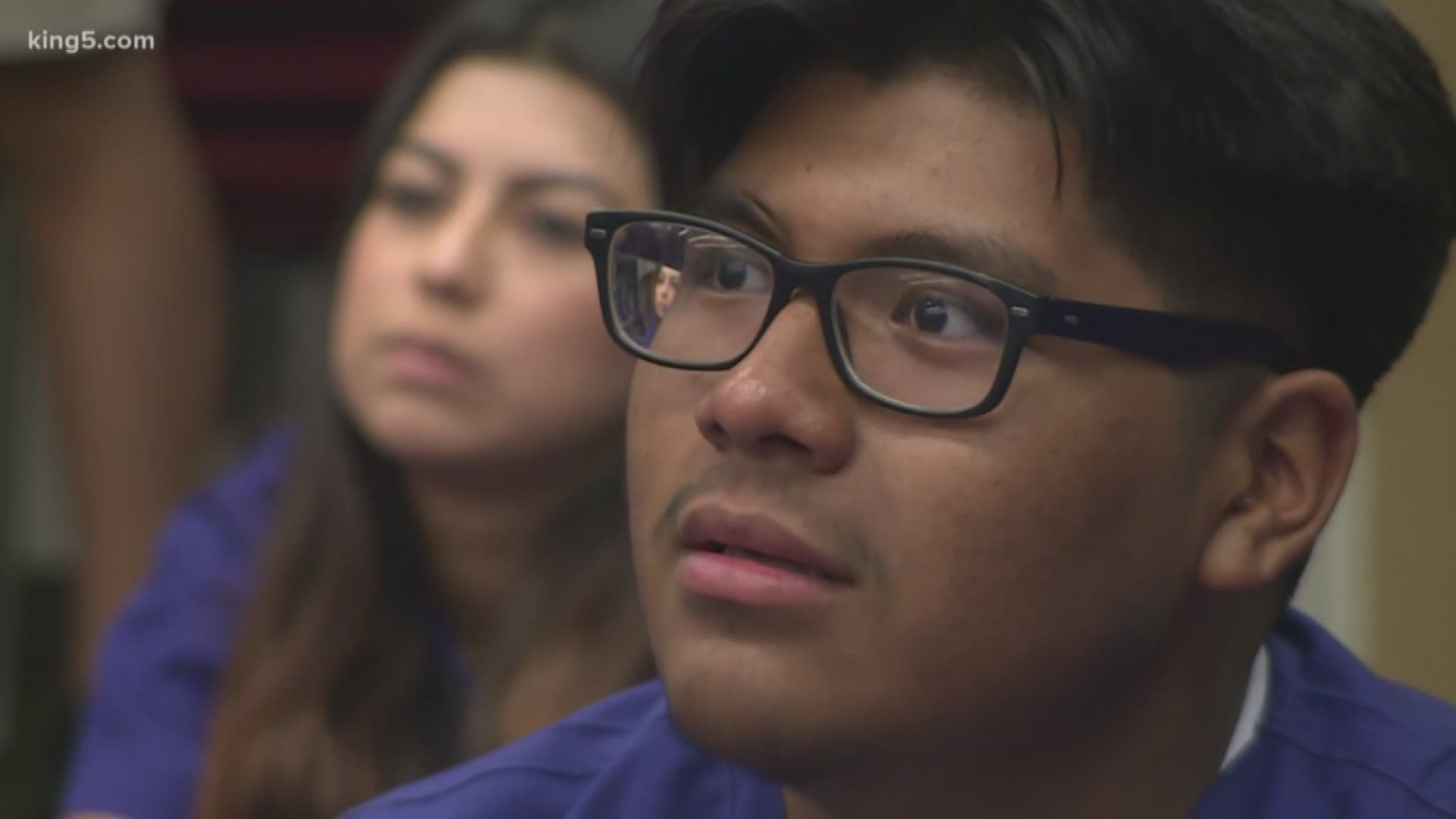 For hospitals, clinics, and doctors’ offices, it's becoming more difficult to recruit and hire nurses. A nursing shortage is an ongoing challenge, but the University of Washington hopes to attract new talent to the field, with a summer camp for teens who might not know how to pursue a career.

Isaac Cuevas Lopez, a Bremerton High School senior, considered mechanical engineering. Then he thought he'd try the military. Or, what about writing?

“My mind was all over the place with a lot of different careers and everything, and then it just hit me when I started wearing these scrubs yesterday, when they gave us these, I just felt like this is real,” he said Tuesday.

Cuevas Lopez is among a group of teens learning how to get into one of the most in-demand jobs -- nursing.

“It's one of the only majors at the undergraduate level where you can get a job right out of your bachelor’s degree, guaranteed,” said Carolyn Chow, director of admissions and student diversity for the UW School of Nursing.

Chow said many of its nursing students are recruited for jobs before they graduate, making more than $70,000 a year.

The university is trying to recruit a more diverse workforce and the summer camp targets high schoolers who are minorities or from low-income families. They learn basic medical skills and get to see how nurses interact with actual patients.

Nearly half of the teens in the camp end up pursuing nursing careers, Chow said.

Srinya Sukrachan was in the first nursing camp a decade ago and just took a job at Swedish Medical Center. She spent a lot of time in the hospital as a child because she had a severe bone condition. She also lost her father to colon cancer.

“I was there every week. I would be there to have follow-ups, to have blood draws, to go with my dad to chemotherapy,” Sukrachan said.

Sukrachan hopes her experiences will help her connect with patients.

“We have a deeper sense of empathy, and then we can bring that into our work and treat patients who are going through the same things we were going through, and it provides more wholesome care,” she said.

Cuevas Lopez is a first-generation Mexican-American and says his mom became emotional when she saw him in his scrubs, Monday, for the first time.

“It's just an amazing feeling, I feel like after this there's a lot more doors opened for me,” he said.