A new study from the University of Washington reveals about ten times more carbon dioxide is coming out of the waters closest to the Antarctic coast during the wintertime. 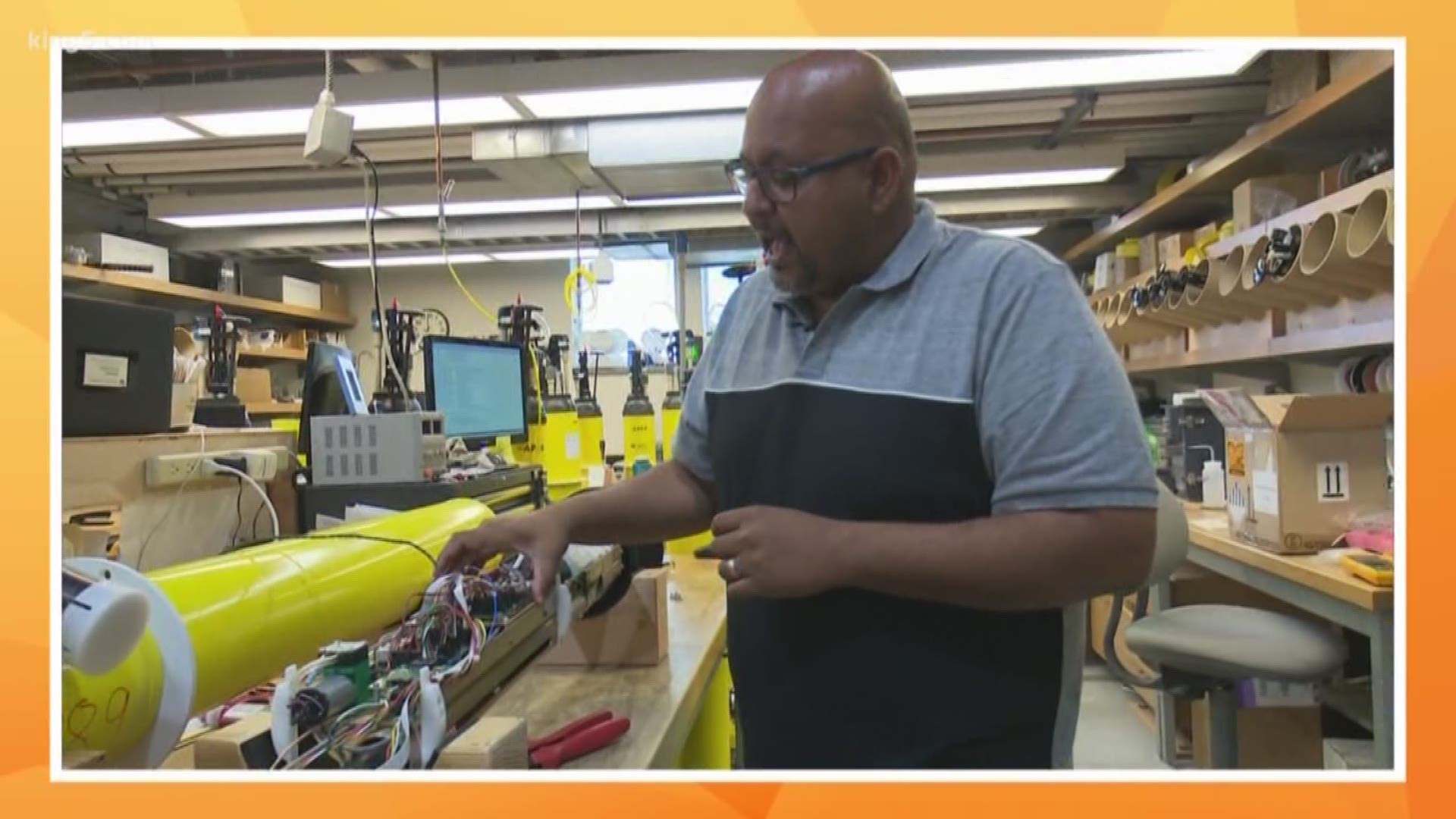 In a study published Tuesday, researchers used data from 35 self-driving ocean robots to estimate how much carbon dioxide is going into and out of the ocean around Antarctica. They found that in the waters closest to the Antarctic coast, about ten times more carbon dioxide is coming out of the water during the wintertime than previously thought. This is forcing scientists to rethink the way this part of the ocean influences climate.

“We need to revise our understanding of how all these pieces work together to create the climate,” said Alison Gray, an assistant professor of oceanography at the University of Washington and the lead author of the new study.

The robots, or floats, are part of the Southern Ocean Carbon and Climate Observations and Modeling (SOCCOM) project, a collaboration between several universities across the United States. Currently, about 100 of the floats are circling the Antarctic continent. They ride along on ocean currents and collect data that tells researchers how cold, salty, and acidic the water is.

Looking at different regions of the Southern Ocean, the scientists found that the southernmost waters were releasing ten times more carbon dioxide to the atmosphere than was shown by previous estimates.

David Munro, a research scientist with the Institute for Arctic and Alpine Research at the University of Colorado, said the new study provided “a very important revision to the global carbon budget.”

Between one quarter and one third of the carbon dioxide that comes from burning fossil fuels gets soaked up by the ocean. When water gets very cold around Antarctica, it sinks and spreads out across the bottom of the ocean—carrying carbon with it. In other places around the continent, carbon-rich waters from the deep ocean make it up to the surface and release the carbon they’re carrying back into the atmosphere. This makes these frigid waters one of the key drivers of climate.

“The Southern Ocean is hugely important for the carbon cycle,” explained Munro. “But it’s a difficult place to observe.”

The new instruments, many of which were built at UW, are designed to go places it would be difficult—or even impossible—to send a ship. The Southern Ocean is known for its harsh conditions and deadly storms, but the SOCCOM floats require little maintenance. Once a float is put out in the water, it can collect data for at least three years. Each one is equipped with a phone modem that allows it to receive instructions and send back data in real time.

“When it comes up from the middle of the ocean, it can send us a text message,” said Rick Rupan, a research engineer who helps build and design the instruments.

He mimicked a float texting: “It is two degrees in the middle of the Southern Ocean. Please bring me home.”

One caveat of the research is that the floats are not able to make direct measurements of carbon dioxide in the water. However, according to Gray, the findings are significant enough to outweigh the errors that might come from estimating carbon dioxide, rather than measuring it directly.

“Even with all the potential errors,” Gray said, “it’s a big difference.”

Gray hopes that these new instruments will give scientists a better understanding of how to predict what our climate will look like in the future.

“We’re doing this really big experiment with our climate where we’re adding all this carbon dioxide, and we don’t really know what’s going to happen,” she said. “What we’ve found is really shifting our understanding.”