UW scientists studying how to save Washington's disappearing prairies

Washington has lost nearly all of its prairies in the last few hundred years. Scientists are studying how to save them from disappearing altogether. 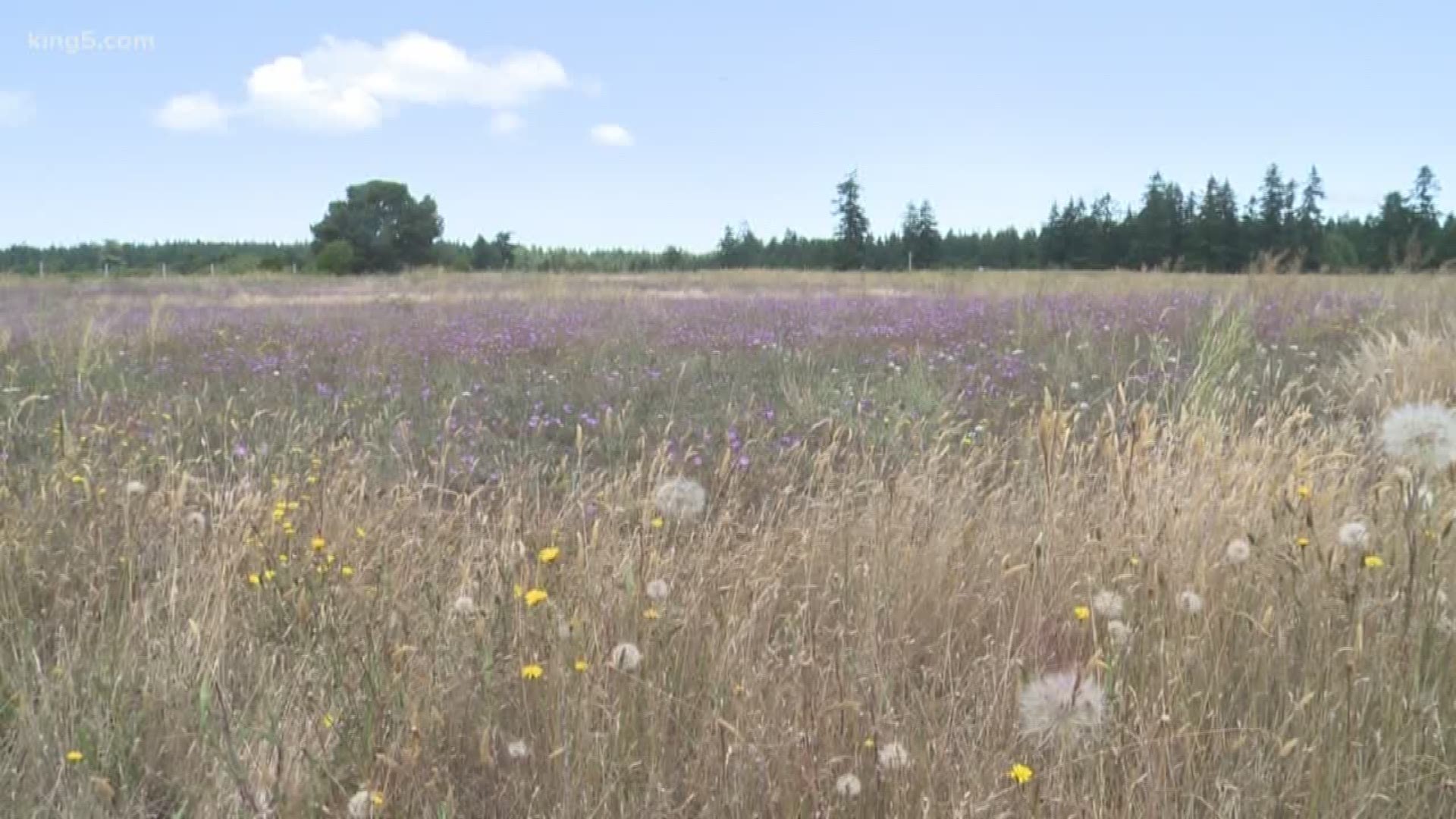 WHIDBEY ISLAND STATION, Wash. — The state of Washington has lost 95% of its prairies since European settlers arrived here and they're continuing to disappear.

Many of the plants and animals that depend on prairies can’t live anywhere else, so University of Washington researchers are looking for ways to preserve these grasslands.

Professor Jon Bakker studies prairies and plants that grow around grasslands, like the golden paintbrush. The plant is listed as threatened by the federal government.

He and his team are studying how to restore this plant and other important species to land on Whidbey Island.

“Each of these (plants) can have a couple of hundred little seeds in it. It’s a special plant because of its rarity. It only occurs in a few areas," Bakker said.

UW graduate student Victoria Fox and others working to preserve the prairies took vegetation samples at the experiment site on Whidbey Island earlier this week.

“First we collect all of the stuff that’s here and then we take it back to the lab. We dry it out. Then we sort it into different types of plant material,” Fox said.

Different plots are treated with different fertilizers to see what works best and how plants are affected.

The team identifies plants to track diversity as well as biomass, while also measuring light availability. They've noticed that some experiments that work at one site don't work at a site just two miles away.

Bakker said that's because restoring healthy prairies is a lot like helping sick people: treatment varies depending on the individual.

“We need to figure out how to restore and manage them, but we need to tailor that to individual sites," Bakker said. “Because if we know what happens at one site, that doesn’t necessarily tell us how to manage other grasslands.”