Every few weeks, researchers drive around in a car with a street view camera snapping images of what's changed month-to-month. 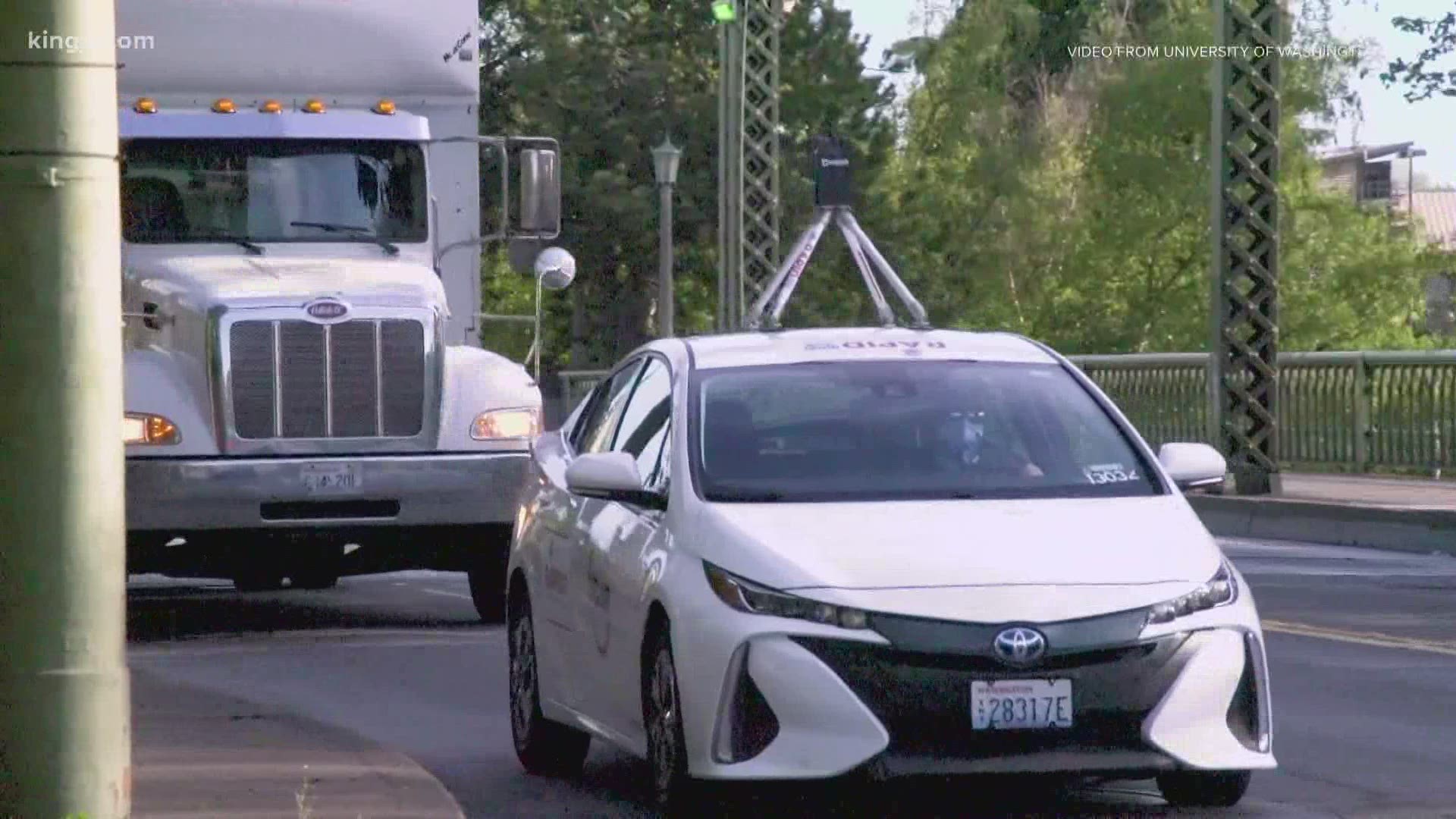 SEATTLE — So much has changed since the start of the pandemic, and University of Washington researchers are hoping to keep track of all of those changes by driving around and capturing snapshots of Seattle.

"It's a really unique dataset that doesn't exist anywhere else in the world," said Joe Wartman, co-researcher and UW professor of civil engineering.

Video provided by UW shows how the data is being collected: every few weeks, researchers drive around in a car with a street view camera snapping images of what's changed month-to-month.

Wartman said researchers are looking at changes in the region across the year and a half study period, hoping to understand what is the nature and quality of the recovery as the area slowly emerges from the pandemic.

Wartman said some of the most noticeable changes so far are near hospitals.

"We see kind of a slow adoption of some of the policies that have been enacted, but it's really quite visible and in fact, if you go out and you walk on the street, you're going to have noticed that some pretty major changes in your neighborhood," said Wartman.

Wartman said this data will be helpful for future generations.

The project will continue through next year.

The data will be accessible to anyone who wants to see in pictures how the city and more specifically, their neighborhood, has changed.