UW professor who studies 'information warfare' on how to protect yourself 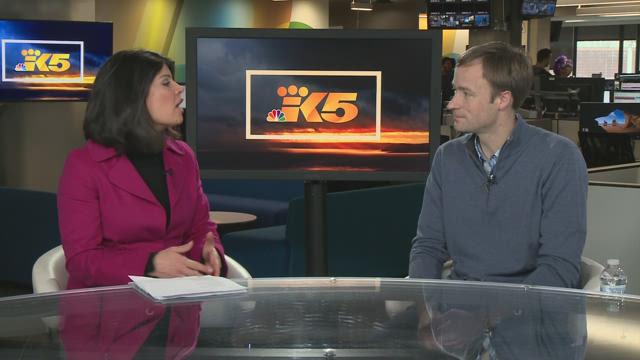 UW Information School's Assistant Professor Jevin West has studied the rise of “disinformation” or fake news for years, so the details of Friday’s bombshell indictment didn’t come as too much of a surprise.

The DOJ has charged 13 Russian nationals and three Russian companies with conspiracy to defraud the United States as part of Robert Mueller’s ongoing investigation into 2016 election interference.

The page-turning indictment alleges an intricate operation in which the defendants used social media, online political ads and even staged rallies, posing as American grassroots activists.

The co-conspirators are accused of creating hundreds of social media accounts, as well as posting derogatory information about presidential candidates Hillary Clinton, Ted Cruz and Marco Rubio, while supporting Bernie Sanders and then-candidate Donald Trump. They're also accused of using false personas to communicate with unknowing members and volunteers of the Trump campaign.

However, Deputy Attorney General Rod Rosentein stressed that he's not alleging any Americans knew of the illegal activity, nor alleging that the operation changed the outcome of the election.

“It should be disturbing for anyone that cares about democracy, cares about what we value in the United States, and that’s regardless of political affiliation,” said West, who says the threat remains an ongoing concern.

“There are concerted efforts to sow distrust into our institutions, and it doesn’t matter if you’re on the left or the right, it’s happening on both sides. It’s sort of fueling the fire, and that’s not good for collective decision making or democracy,” said West.

Assistant Professor West notes the scale and sophistication of the disinformation operation is unlike anything researchers have seen before. He says she’s been particularly shocked by the use of false personas, citing the example of “Jenna Abrams," whose Russia-linked account made headlines last year.

Academics and the nation’s top intelligence agencies warn the adversaries’ goal remains sowing political division and distrust in instructions, ultimately in an effort to undermine democracy.

Intelligence Chiefs warned on Tuesday that Russia is expected to target the 2018 election cycle as well.

Related: How WA state is preparing for 2018 election interference

Assistant Professor West says it’s incumbent upon everyone who uses social media platforms to be aware of the trend.

"If you know it’s happening, then when you read something that’s inflammatory, it sounds too bad to be true, or too good to be true, you can put your red flag up and try to corroborate it with other news agencies or sources of information," said West.

Facebook issued a statement on Friday that read in part: "We know we have more do to do to prevent against future attacks," said the company's vice president of global policy, who noted the company is working to increase the number of people working on security.