On Thursday evening, nursing students at the University of Washington held an unofficial welcome party for the school's newest neighbors: a group of homeless men and women living in the first-ever on-campus tent city. 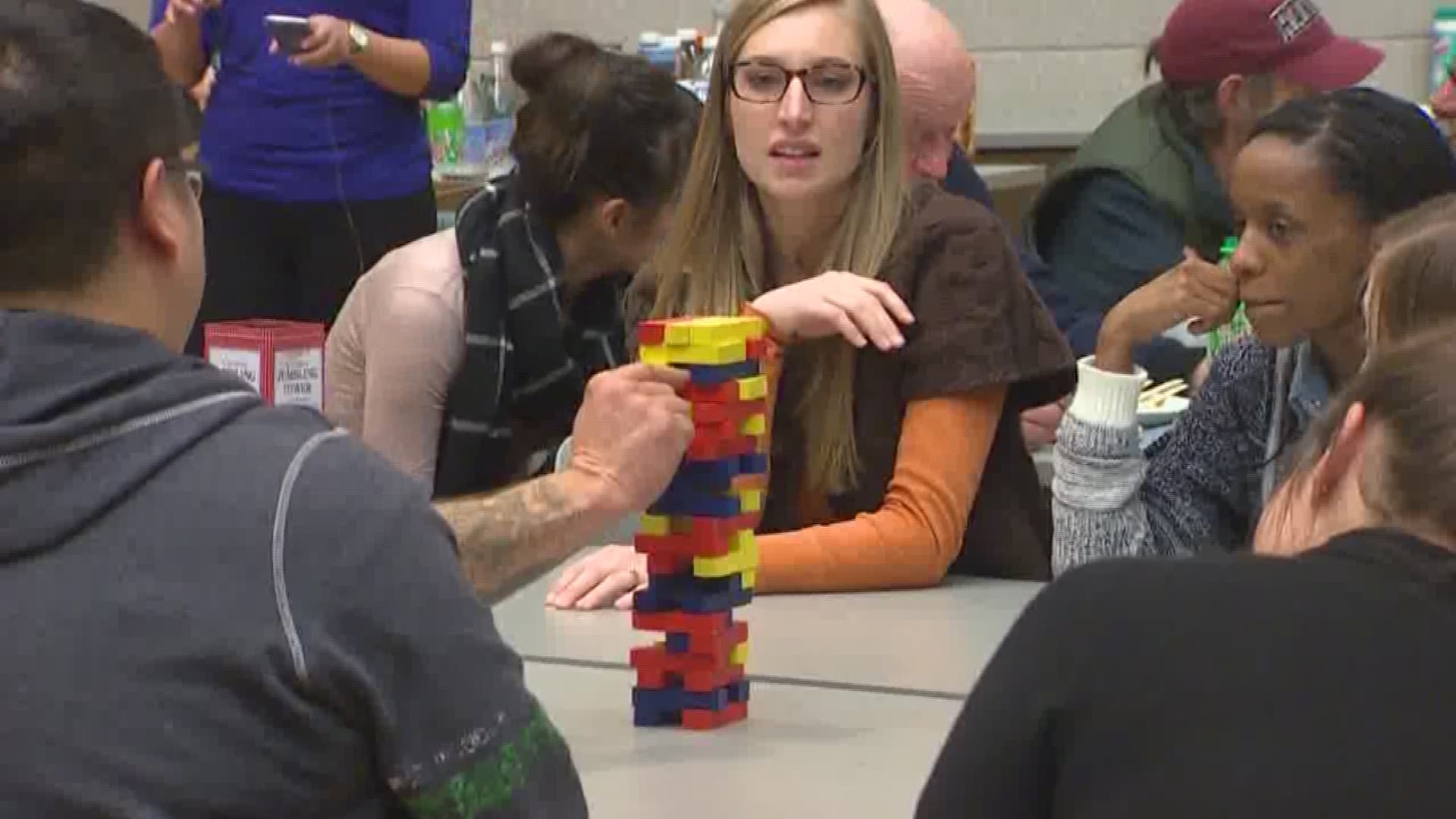 Nursing students at the University of Washington held an unofficial welcome party Thursday for the school's newest neighbors: a group of homeless men and women living in the first-ever on-campus tent city.

The residents of tent city three moved in on December 17. They have permission to be there but must leave the UW campus by March 18.

The school's decision to host a homeless encampment came with its fair share of controversy due to concerns about safety. But with strict rules in place that ban weapons, alcohol, drugs, or violence, some now see the camp as an opportunity to help people in need.

"Nursing is 100 percent about advocacy. We want to reach out to the most vulnerable populations," said UW nursing student Jonathan Tin. "And we felt like this was a really good way.

So on Thursday night, UW's School of Nursing hosted a potluck and foot care clinic for their new neighbors.

"It's not just about being in a hospital taking care of patients, it's about looking out for the population, seeing who needs help the most, and reaching them in ways outside of the hospital," said Tin. "Just doing some community service and charity work."

About a dozen of the tent city's current residents showed up for the event.

"This is great," one man said while getting his first pedicure in years. "I have trouble touching my toes, so putting on socks is a major project. Trying to get down there with clippers is even tougher."

He says he's grateful for the compassion and support from the University of Washington.

"Every person loves to be pampered a little bit," said Julia Marsh, another nursing student who helped do the pedicures and foot care. "Especially in the cold. We're having such a cold winter that just having a little bit of warmth on your feet can warm your whole body. And just being able to interact with people in our community is pretty awesome."

This was just the first of five potluck and foot care clinics the nursing students have planned. The next one is set for January 26 at 6 p.m. It will be held in the South Campus Center building on the UW campus.